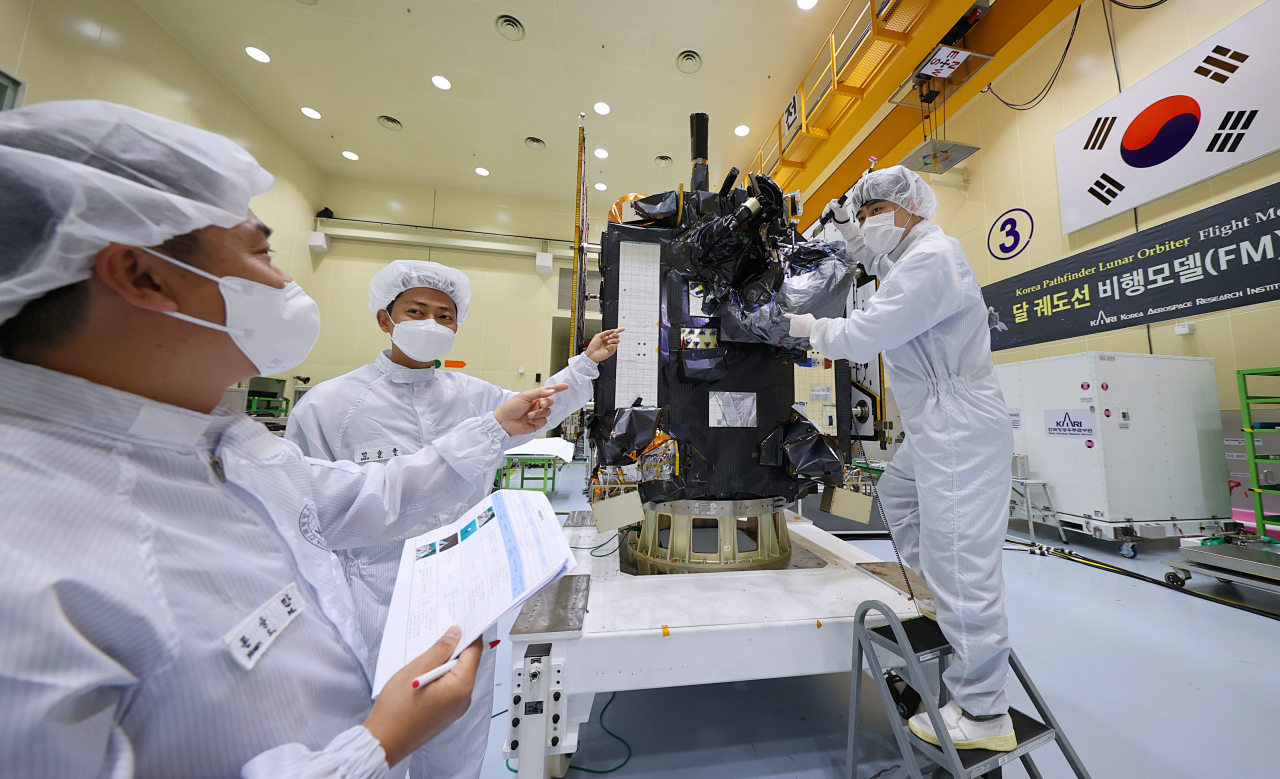 South Korea on Tuesday started transporting the country's first lunar orbiter to the United States ahead of next month's launch using a SpaceX rocket, officials said.

According to the Ministry of Science and ICT, Danuri was sent from the Korea Aerospace Research Institute in Daejeon, 160 kilometers south of Seoul, to Incheon International Airport, west of Seoul, in a specially designed container.

The orbiter will be flown to Orlando International Airport and arrive at the Floridian space center Thursday. It will later undergo maintenance, assembly and other pre-launch preparations for about a month before launch.

Danuri will begin circling around the moon in December and conduct a yearlong mission to observe it using an array of instruments, including cameras and magnetometers. It will also identify potential landing sites for future lunar missions.

South Korea launched a preliminary feasibility study for the successor to the Nuri rocket, with the goal of sending a lunar landing module to the moon in 2031. (Yonhap)