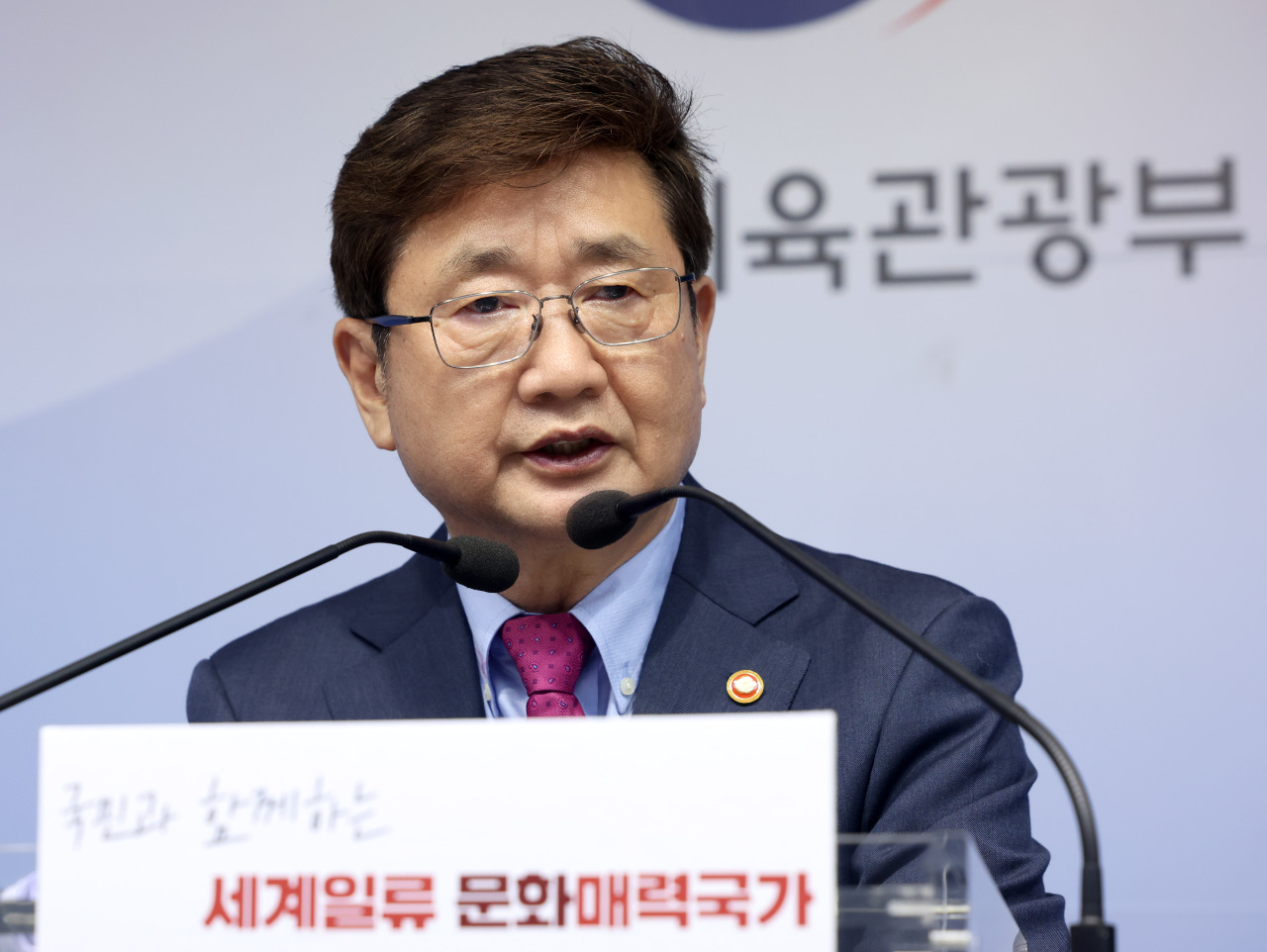 Park, who came into office 50 days ago, met with reporters for the first time and shared his position on current issues such as a possible military exemption for K-pop stars and Cheong Wa Dae’s future.

Calling military service a solemn obligation, he acknowledged BTS‘s contribution to promoting Korean culture and elevating South Korea’s reputation abroad. “We have to address the disparity between classical and popular arts,” he said, referring to the fact that award-winning classical musicians can be exempt from military service under current laws.

“I believe the public‘s opinion is of utmost importance in making this decision,” he told the press.

The former journalist also said returning Cheong Wa Dae to the public was “a great decision” by President Yoon Suk-yeol, and the ministry is mulling various ways to transform the former presidential office into a cultural complex.

He pointed out that Cheong Wa Dae has some 600 pieces of art in its collection and 50,000 trees on its vast grounds, which is 3.5 times bigger than that of the US presidential office, the White House. “People want Cheong Wa Dae to become a place that holds history, artistry and nature. Cheong Wa Dae could, one day, be reborn as a cultural complex,” Park said.

The 25 organizations under the ministry will come under strict review as part of reform efforts, Park said, while pledging to guarantee the private sector’s autonomy and bolster creativity by reforming various regulations.