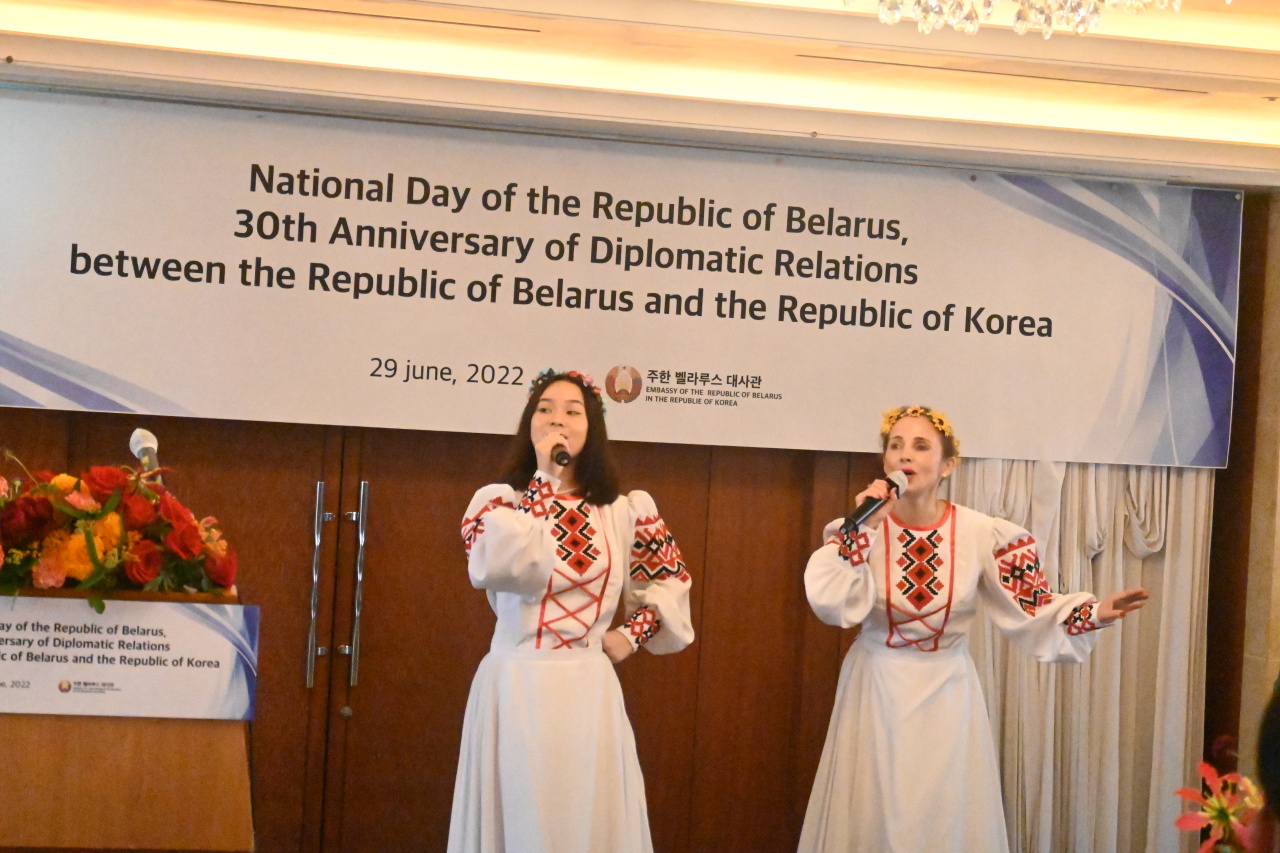 Artists from Belarus perform a traditional Belarusian song during the reception of Belarus National Day and 30th anniversary of Belarus-Korea diplomatic relations at Lotte Hotel, Seoul, Wednesday. (Sanjay Kumar/The Korea Herald)
The Belarusian Embassy celebrated National Day and the 30th anniversary of Belarus-Korea diplomatic relations on Thursday at the Lotte Hotel in Seoul.

“In that terrible war, every third inhabitant of Belarus died,” he said, adding that war memories continue to live in generations of Belarusian people.

Chernetsky said that Belarus had declared 2022 as the year of historical memory to preserve and strengthen the unity of the Belarusian people.

“Like Korea, we know the price of freedom,” said the Belarusian ambassador stressing that both countries saw the terrible consequences of war and do not want it to happen again. 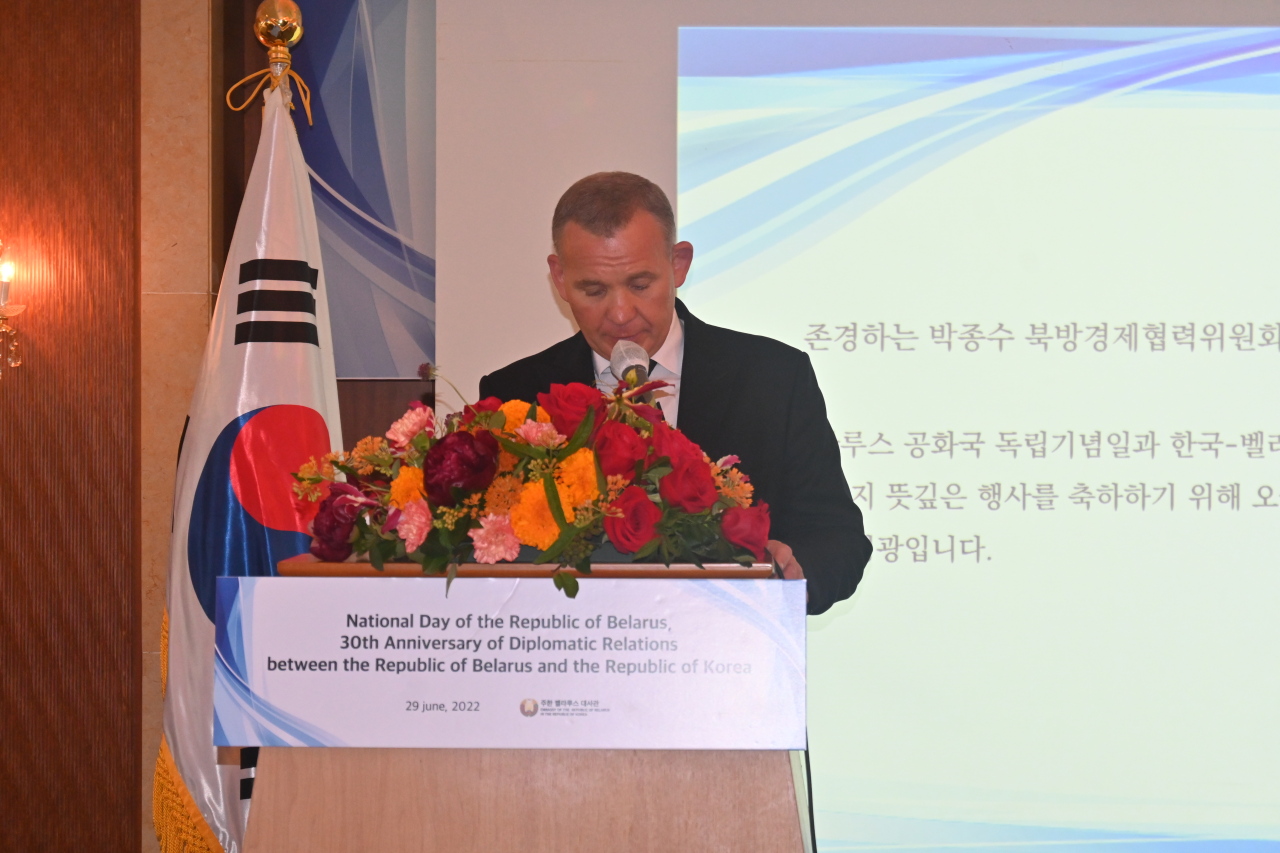 Belarusian Ambassador to South Korea Andrew Chernetsky speaks during the reception for Belarus National Day and the 30th anniversary of Belarus-Korea diplomatic relations at Lotte Hotel, Seoul, Wednesday. (Sanjay Kumar/The Korea Herald)
According to Chernetsky, Belarus retained its industrial and scientific potential to comply with current economic realities after the collapse of the USSR, and now Belarus is mastering new technologies, including nuclear energy.

“In 30 years of diplomatic relations between Belarus and Korea, we have implemented many bilateral economic and innovation cooperation projects, and achieved substantial progress in IT, science and technology,” the ambassador said, applauding Korean President Yoon Suk-yeol’s pragmatic approach to challenges.

Chernetsky stressed that a rational view of South Korea’s economic growth directions, including the need to develop peaceful nuclear energy, broadly align with the economic priorities implemented in Belarus.