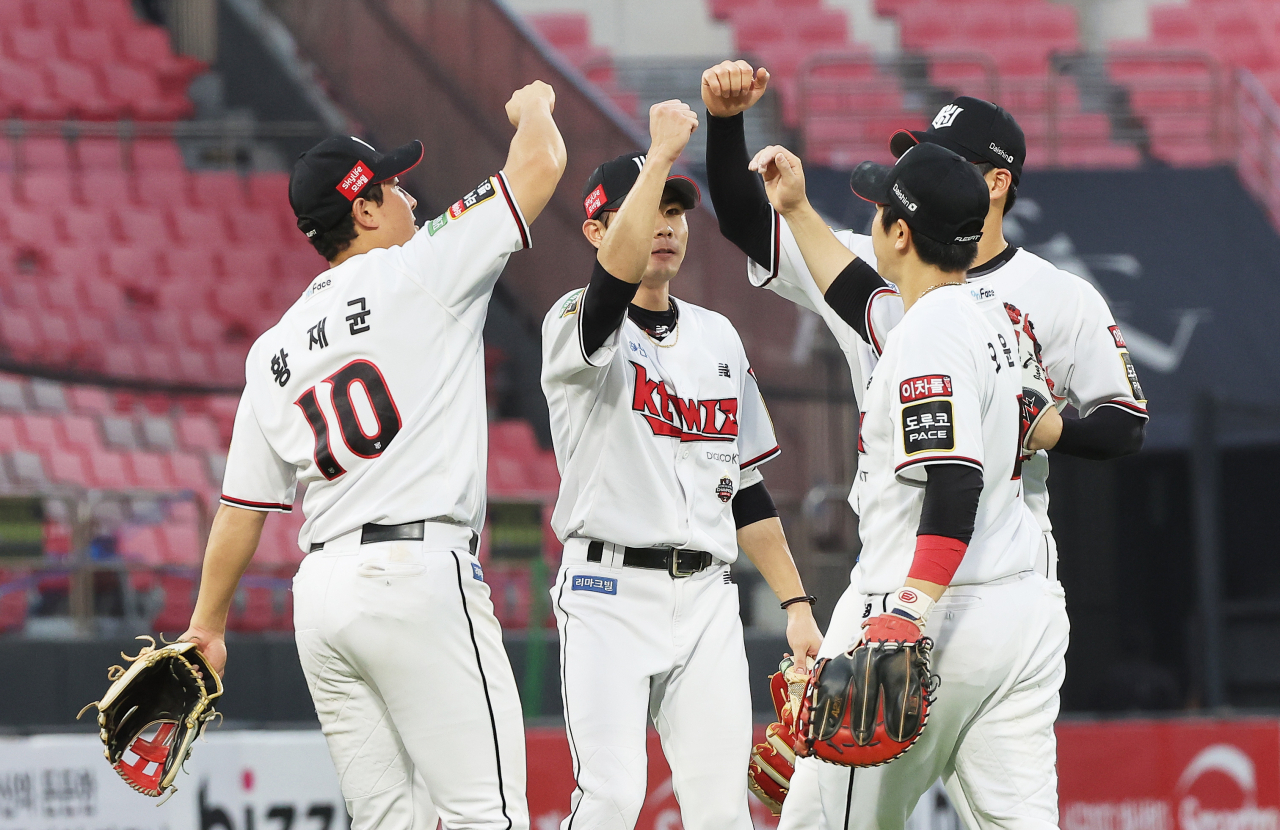 An unfortunate injury to one of the best hitters in South Korean baseball is expected to turn an already compelling battle for postseason berths into an even more intriguing affair.

The Kia Tigers have lost outfielder Socrates Brito for up to a month to a broken nose. The Dominican slugger took a fastball by SSG Landers starter Kim Kwang-hyun to the face during Saturday's game in Incheon, some 30 kilometers west of Seoul. Brito went down in immediate pain and was taken to a local hospital.

Brito was diagnosed with the nasal fracture, but due to severe swelling around that area, he will have to wait at least a week before undergoing an operation. He was transported to another hospital in the Tigers' home city of Gwangju, 270 kilometers south of Seoul, on Sunday.

The Tigers dropped Saturday's game, 2-1, as their losing skid hit six games. The defending champions KT Wiz defeated the Doosan Bears 8-3 the same day to pull even with the Tigers in fourth place.

The Wiz then moved into the sole possession of fourth Sunday by shutting down the Bears 6-0, while the Tigers dropped their seventh straight game in a 3-2 loss to the Landers.

The Landers, the Kiwoom Heroes, the LG Twins and the Tigers had stayed in the top four in the Korea Baseball Organization (KBO) every day since May 24 before the Wiz crashed that party.

And the Wiz and the Tigers will square off for a three-game set starting Tuesday in Gwangju, where the visitors will try to stay hot and the home team will look to right the ship.

Brito's injury left the Tigers as the only team without any active foreign player for the time being.

They replaced struggling pitcher Ronnie Williams with Thomas Pannone, who is expected to make his KBO debut later this week. Their other foreign starter, Sean Nolin, is recovering from a calf injury and won't be back until after the July 15-21 All-Star break. He last pitched on May 20.

Losing Brito is the biggest blow, though. After a disappointing April, Brito caught fire in May, when he led the KBO in batting average (.415), slugging percentage (.698) and hits (44), and ranked second in RBIs (28), runs scored (20) and on-base plus slugging percentage (1.145). He was voted the Player of the Month for May.

The Tigers had the KBO's best record in May at 18-8 but cooled off in June with a 10-13-1 (wins-losses-ties) record. They have lost all three games in July so far -- all of them by one run -- and things aren't looking up the rest of this month.

At least the Tigers still have some cushion while holding down the final postseason spot. The Samsung Lions trail the Tigers by 3.5 games in sixth place, and they have lost three in a row.

The Wiz crept back up to two games over .500 at 39-37-2, but they too have a key player sidelined with an injury. First baseman Kang Baek-ho suffered a partial tear of a left hamstring muscle after rounding third base during Friday's game, and he will miss about six weeks.

Kang had missed the first two months of the season after breaking a toe during spring training. In 21 games, Kang was batting .250 with three home runs and 10 RBIs, a far cry from the 2021 season when he finished third in the regular season MVP voting with strong numbers across the board. (Yonhap)