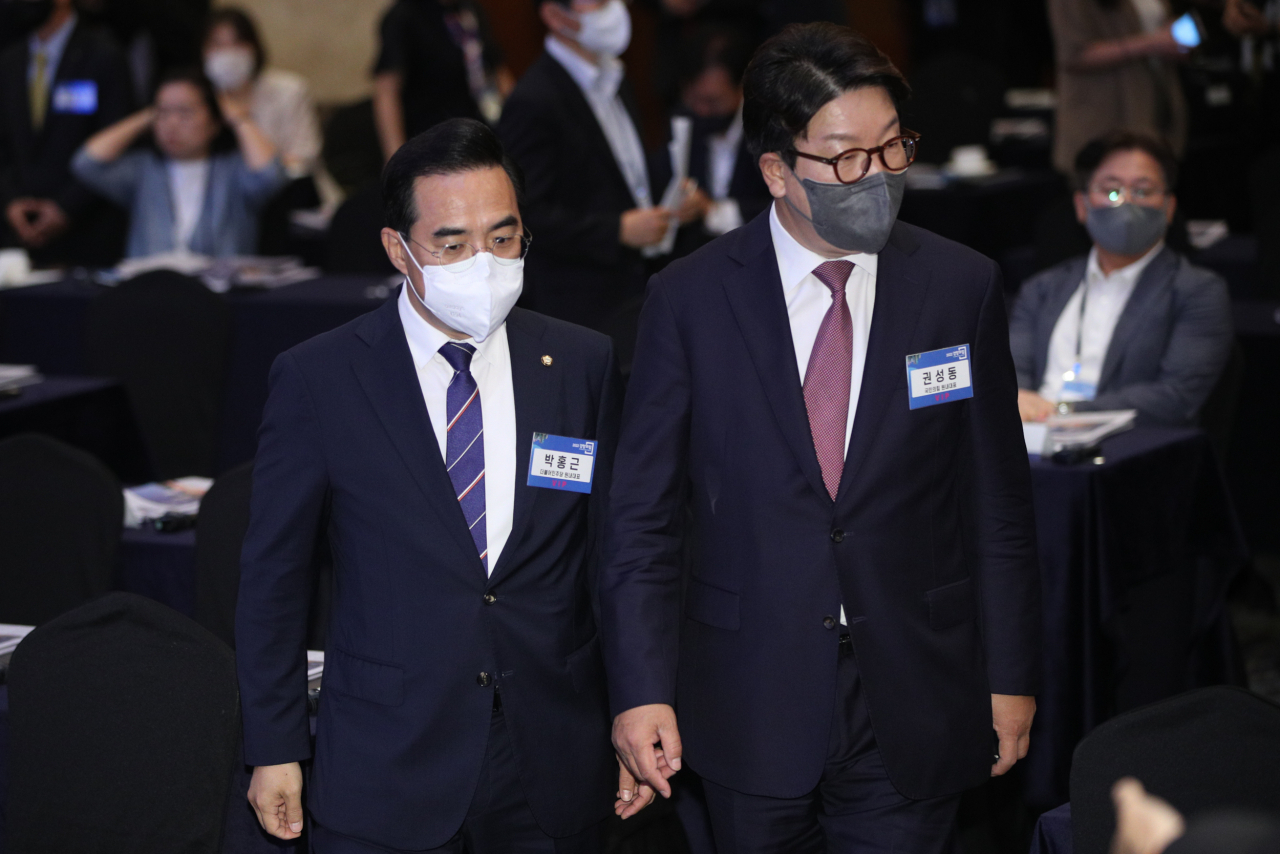 The rival parties were looking to reach a last-minute compromise Monday to end an impasse in parliamentary committee formations that has left the National Assembly in limbo for more than a month.

The floor leaders of the ruling People Power Party (PPP) and the main opposition Democratic Party (DP) failed to reach an agreement on the issue Sunday, though they agreed to hold negotiations until a National Assembly plenary session is convened in the afternoon.

The DP, which holds 170 out of 299 seats in the National Assembly, has vowed to select a new speaker on its own at a plenary session if no agreement is reached with the PPP, citing the need to end the legislation vacuum amid rising economic and security woes in the country.

The DP has offered to hand over the chairmanship of the judiciary committee, a key Assembly panel that has the power to approve bills before they are put to a plenary vote, to the PPP in exchange for the PPP's cooperation for the launch of a special committee on judiciary reform.

But the PPP has rejected the proposal, because the special committee is aimed at completing the process of reducing and ultimately abolishing the prosecution's investigative powers in accordance with recently enacted prosecution reform laws, which the ruling bloc has opposed.

Both the PPP and the DP will convene a general meeting of their lawmakers later in the day to decide its plan on the negotiations. (Yonhap)