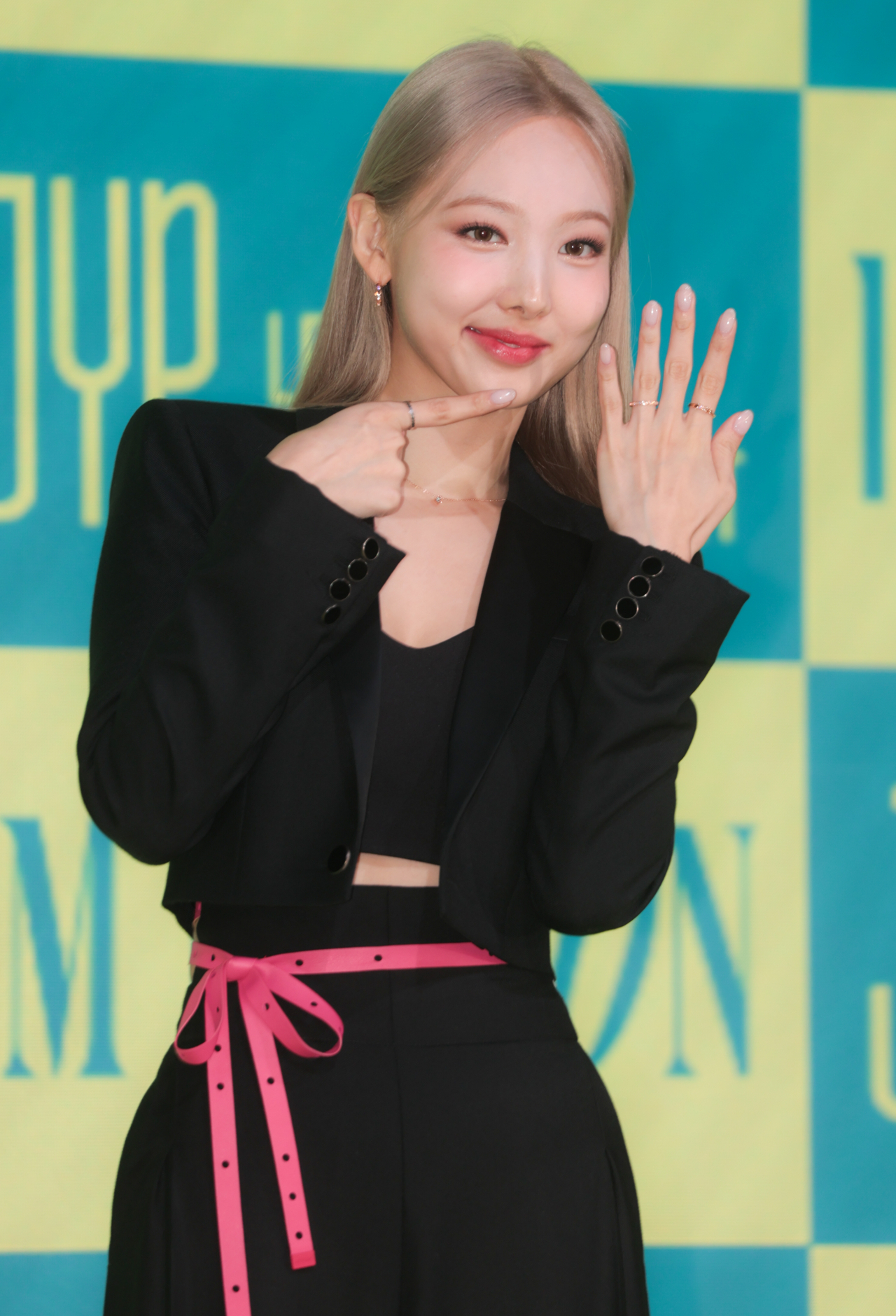 Nayeon, a member of TWICE, poses for the camera during a press conference for "Im Nayeon," her first EP as a solo artist at a Seoul hotel on June 24. (Yonhap)

K-pop girl group TWICE's Nayeon ranked seventh on the Billboard's main albums chart with her solo debut EP, "Im Nayeon," the US chart operator has said in an article.

She became the Billboard 200's highest-charting K-pop solo artist by earning 57,000 equivalent album units in the United States in the week ending June 30, the magazine said Sunday (US time).

Billboard 200 ranks the most popular albums of the week in the US, measured by equivalent album units, comprising physical album sales and other digital sales records.

One of the most popular girl groups in Asia, TWICE has been a prolific group since its debut in October 2015. Most recently, it concluded a sold-out North American tour, only to return for two encore concerts in Los Angles. (Yonhap)