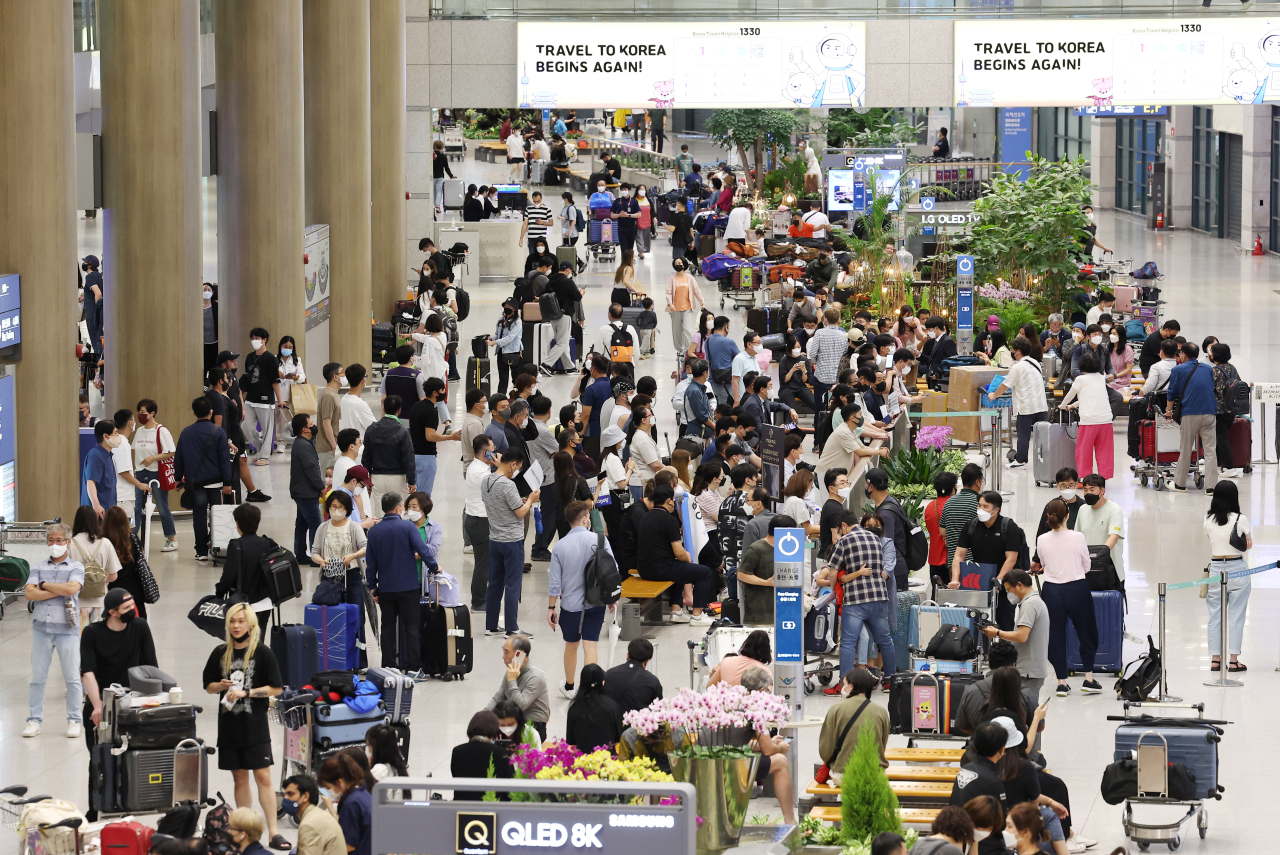 This was the first time that the number of monthly international travelers surpassed 1 million since the outbreak of COVID-19.

The increase in international travel demand is likely to help the Transport Ministry achieve its goal of restoring the number of inbound and outbound flights to 50 percent of the 2019 level by the end of this year.

The Transport Ministry fully lifted aviation restrictions, including a curfew on flights landing at Incheon Airport, from June 8, more than two years after the enforcement of the antivirus regulations.

The country’s largest air carrier, Korean Air, plans to restore the supply of international flight seats to 50 percent of the pre-pandemic level by September.

Asiana Airlines is also augmenting the number of flights to the US and European countries.

The reopening in late June of the air route between Seoul’s Gimpo Airport and Haneda Airport that serves Tokyo is expected to further increase international flight demand this month.

But expensive flight tickets could hold back travelers, according to watchers.

With budget carriers yet to fully resume flight operations and high fuel surcharges on international routes, a direct round-trip flight ticket to a Southeast Asian destination can cost more than 800,000 won ($616) which is about 80 percent more expensive than in pre-pandemic times.

The national flag carrier raised the surcharge to the highest level of 22, which ranges from 42,900 won to 339,300 won depending on the destination for one-way tickets on international routes.