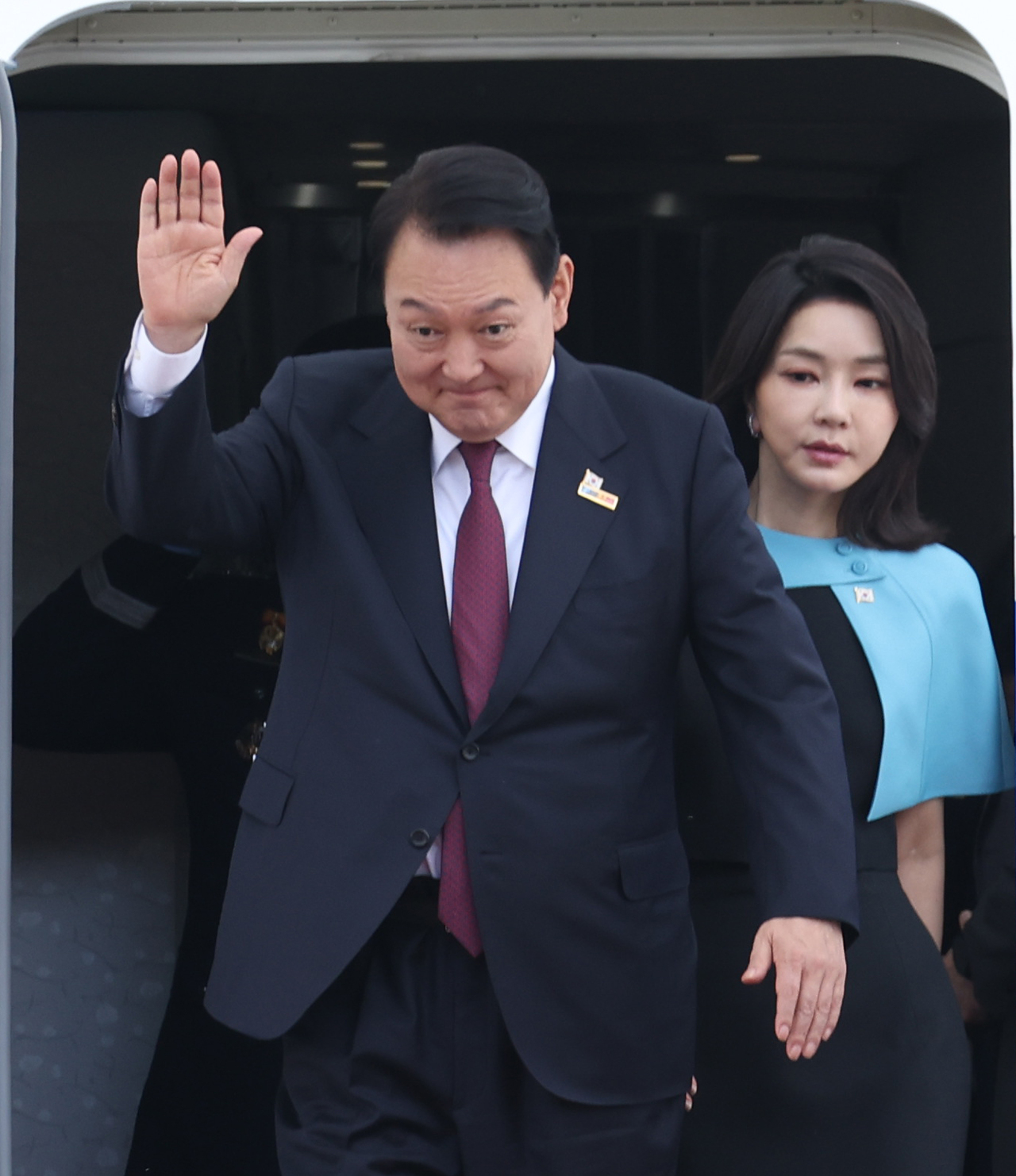 Yoon returned home on Friday after attending the summit held in Madrid, Spain, seeking to strengthen security and economic ties with Western partners. He held 10 bilateral talks on the sidelines of the event, seeking to reduce the nation’s economic dependence on China and make Europe an alternative market.

“Countries in eastern and northern Europe evaluated Korea’s capabilities related to nuclear power plants, green technologies, semiconductors and next-generation electric vehicle batteries as the world’s best, expressing their desire to cooperate with Korea in related fields,” a spokesperson of the presidential office said on Sunday.

“Through meetings with the leaders of each country, I realized again that our future growth engine depends on these fields,” Yoon was quoted as saying by his office.

The regions he held bilateral talks with include Australia, Netherlands, France, Poland, the European Union, Turkey, Denmark, Czech Republic, Canada and the UK.

Yoon’s focus on economic issues was also apparent in his retinue, with his economic secretary being one of the five senior presidential secretaries accompanying him to the Western military alliance summit.

Economic Secretary Choi Sang-mok told reporters in Madrid that as economic growth in China -- Korea’s largest economic partner -- has slowed and the country is implementing a domestic-oriented strategy, Korea should diversify its market and Europe is the best alternative.

“Europe is the second-largest market in the world after the US,” Choi said, adding that its combined gross domestic product is $17 trillion, similar to China. The economic secretary sees Europe and South Korea’s industrial structures as developing very complementarily, as the two regions are becoming partners in supply chain and technology cooperation.

The presidential office saw the biggest economic diplomacy of the trip come from the defense and nuclear power plant sectors.

“There were many countries that were interested in (Korea’s) defense,” Yoon said, during a press briefing on the plane en route to Seoul from Madrid on Friday.

He added that many countries wanted to strengthen their national defense provisions and develop defense industry technology because of the Ukraine crisis.

“We’ve been adopting a trade-off approach in which we export defense equipment and then later transfer technologies at the right time,” he said. But he added that there were now a lot of countries that wanted to do research and development with us from the beginning and share the resulting technologies.

Yoon said the presidential office prepared many brochures about Korea’s independently developed APR1400 model and provided them to the leaders. “They showed a lot of interest.”

The presidential office said there were visible results at the Polish and Australian summits in the defense sector.

Choi said, “We aim to become the world’s third- and fourth-largest defense countries,” adding, “The (export) list will continue to grow over the next five years.”

Yoon also focused on nuclear power “sales diplomacy” on the last day of his NATO trip.

“There was considerable interest among European countries in new nuclear power plants, as countries come under pressure to achieve energy security amid the Ukraine crisis and the carbon neutrality by 2050,” Yoon said on the plane.

“And as you all know, Korea’s nuclear power plant construction capacity is by far the best in the world,” he said.

He told the Western partners at the bilateral talks that Korean companies could complete nuclear power plant construction “at the cheapest, safest and fastest time” in the world.

In particular, Yoon met with Prime Minister Petr Fiala of the Czech Republic, which is about to select a nuclear power plant operator, and asked for attention so Korean companies could participate.

At the summits with the UK and France, they also agreed on strengthening strategic cooperation in the nuclear power industry. French President Emmanuel Macron declared a “nuclear renaissance” earlier this year and decided to build 14 nuclear power plants by 2050.

With France, they agreed to cooperate in the space industry, including the development of small and medium satellites, according to the presidential office.

At a bilateral meeting with Dutch Prime Minister Mark Rutte, President Yoon requested investment from ASML, a global semiconductor equipment manufacturer, to contribute to the establishment of a stable supply chain in Korea.

In response, Prime Minister Rutte replied complementary cooperation is taking place in the semiconductor field between the two countries.

At the summit with Australia, President Yoon asked for a stable supply of key minerals such as nickel, cobalt and lithium, according to the presidential office. With Denmark, Yoon discussed mutual investment in offshore wind power and expansion of orders for eco-friendly ships.

With the Czech Republic, the two leaders talked about reciprocal cooperation in future industries such as electric vehicle batteries and hydrogen.

On the last day of the tour, Yoon met with Spanish businessmen. They asked for the Korean government’s special attention and support, saying they plan to expand investment in Korea in renewable energy, environmental industry and auto parts, the presidential office said.

Yoon, who built close networks with the Western partners in Europe, faces the task of dealing with a somewhat awkward relationship with China, which protested Yoon attending the NATO meeting.

Unlike the previous Moon Jae-in government, which showed strategic ambiguity between the US and China, focusing the nation’s security on the US and the economy on China, Yoon’s administration made it clear to lean more toward the West in both security and economy.

China voiced criticism of the NATO summit. In response to Yoon’s attendance at the NATO summit, Chinaese state media Global Times reported that “the Yoon administration [is] gradually [losing] its diplomatic independence by relying on the US.”

Regarding Yoon’s recent trip to be closer to Western partners and move away from China, John Delury, a professor of Chinese Studies at Yonsei University Graduate School of International Studies, said the opportunities and risks for South Korea’s could not be simply imagined away.

“While increasing ties to Europe is smart, it’s not a panacea for the China dilemma,” he said.

Delury, however, does not see the China boom being over from a South Korean perspective.

“China is on track to be the world’s largest economy for who knows how long, and while there are certain trends toward the domestication of key sectors, China remains a highly globalized economy,” he said.

A senior official from the presidential office said on the condition of anonymity said, “It’s not that economic cooperation with China is not important, but our benefits have been reduced due to changes in China’s policies, including domestic-oriented strategies.” He added, “We need to work with Europe for our survival.”