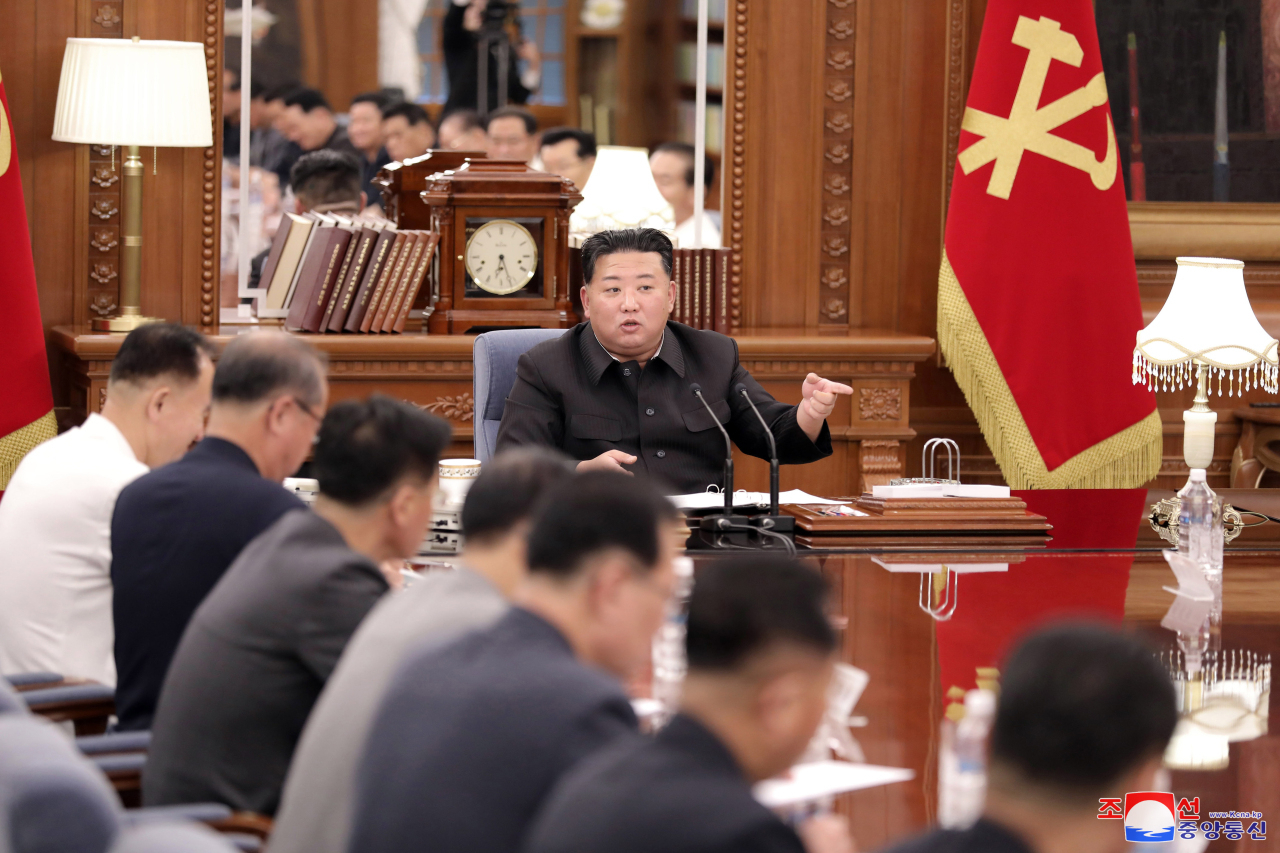 North Korean leader Kim Jong-un speaks during a meeting of the secretariat of the central committee of the North's ruling Workers' Party in Pyongyang last Monday in this photo released by the North's Korean Central News Agency. (Yonhap)

North Korea lambasted South Korea, the United States and Japan on Sunday for their move to strengthen trilateral security cooperation highlighted in a rare group summit of their leaders last week.

Pyongyang's foreign ministry strongly condemned discussions on three-way military drills that President Yoon Suk-yeol held with his American and Japanese counterparts -- Joe Biden and Fumio Kishida -- on the sidelines of the NATO summit in Spain.

Europe and forming a military alliance like NATO in the Asia-Pacific region and keeps the US-Japan-South Korea tripartite military alliance as an important means for materializing the plan," the ministry's spokesperson said, according to an English-language article of the official Korean Central News Agency.

Due to the "reckless military moves of the US and its vassal forces," world peace and security have been put in the "most critical condition after the end of the Cold War," as a nuclear war might break out simultaneously in Europe and the Asia-Pacific region, the unnamed spokesperson was quoted as saying.

North Korea will "reliably" defend the sovereignty and interests of the country and fulfill its "responsible duty" to ensure peace and security in the region, added the official. (Yonhap)