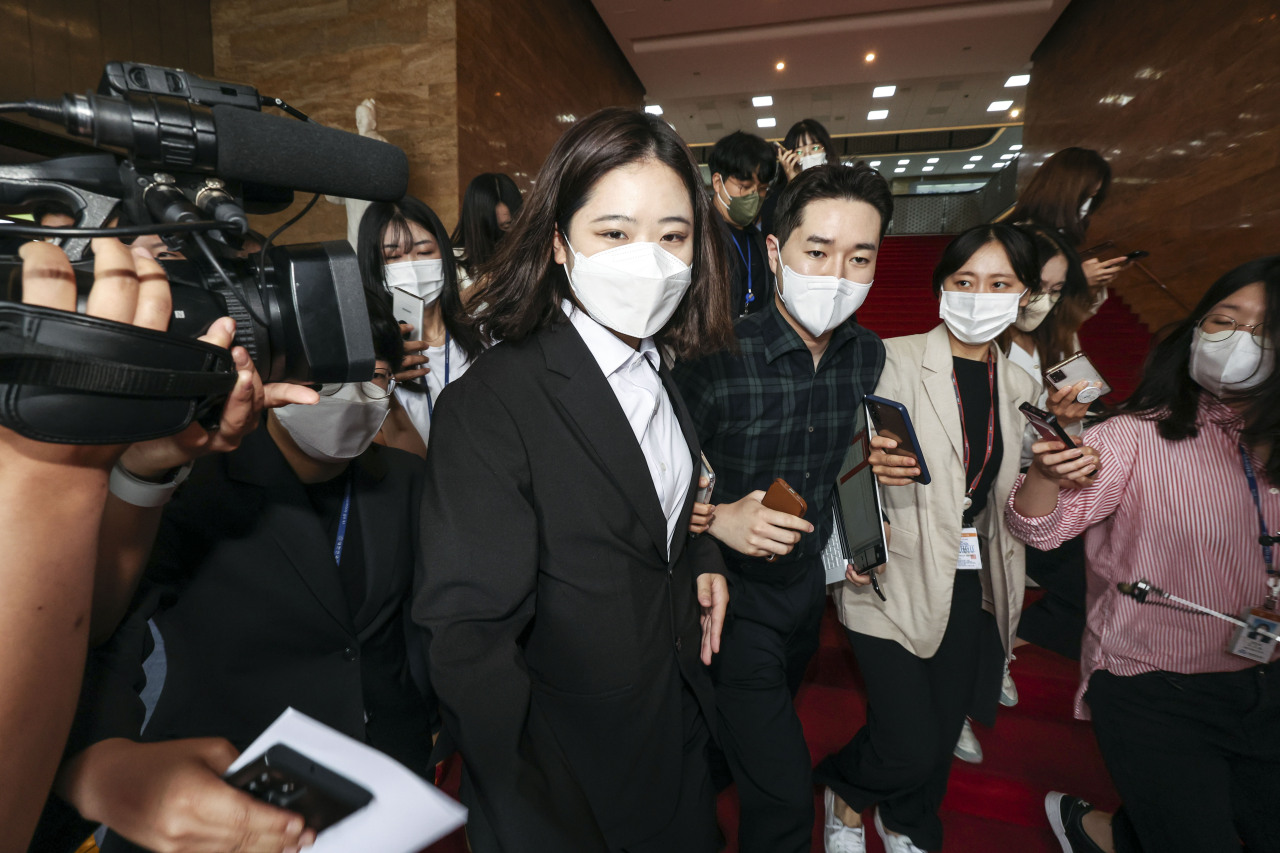 Park Ji-hyun, former co-chair of the emergency steering committee for the Democratic Party of Korea, blamed the main opposition party for the incident of a missing family found dead in a submerged car.

On Wednesday, police confirmed the deaths of 10-year-old Cho Yu-na and both of her parents, after they were found in an upturned car in waters off of Wando, South Jeolla Province.

Park called out the Democratic Party on Thursday for not providing a social safety net for families experiencing difficulties.

“A child thought to be on a monthlong trip was found dead with her parents. It is said that their mailbox was filled with credit card bills and the parents could not pay off their debts after closing their business,” Park wrote on social media.

“It is not the first time for a family suicide after struggling with financial difficulties in Korea, a country with the highest suicide rate among OECD member nations,” Park said. Police have not yet officially determined the case to involve suicide.

“These kinds of tragedies may not end here. The Democratic Party, which had been in charge of the nation for five years, is also responsible for the incident,” she said.

Park’s remarks were met with uproar across the party.

“Do not use this tragedy for politics,” Park Eun-su, a former vice spokesperson for the party, wrote on his social media account.

Park Eun-su said that Park Ji-hyun is using the incident to establish herself in the political world. Park Ji-hyun resigned from her post along with other leaders of the party en masse after the party’s crushing defeat in the June local elections.

”Park mentioned this incident, calling out for Democratic Party and the (former) Moon Jae-in administration to take responsibility. Park seems to think of herself as a judge,” Park Eun-su continued. “Does Park have the right to do so? Who gave the rights to her?”

“Everyone is feeling sorrowful for the incident. But Park Ji-hyun is the only politician to use the incident to criticize the Democratic Party and Moon Jae-in administration,” Park Eun-su wrote.

Though it is expected that Park Ji-hyun will throw her hat into the ring for the party leadership in August, she has not yet announced her candidacy.