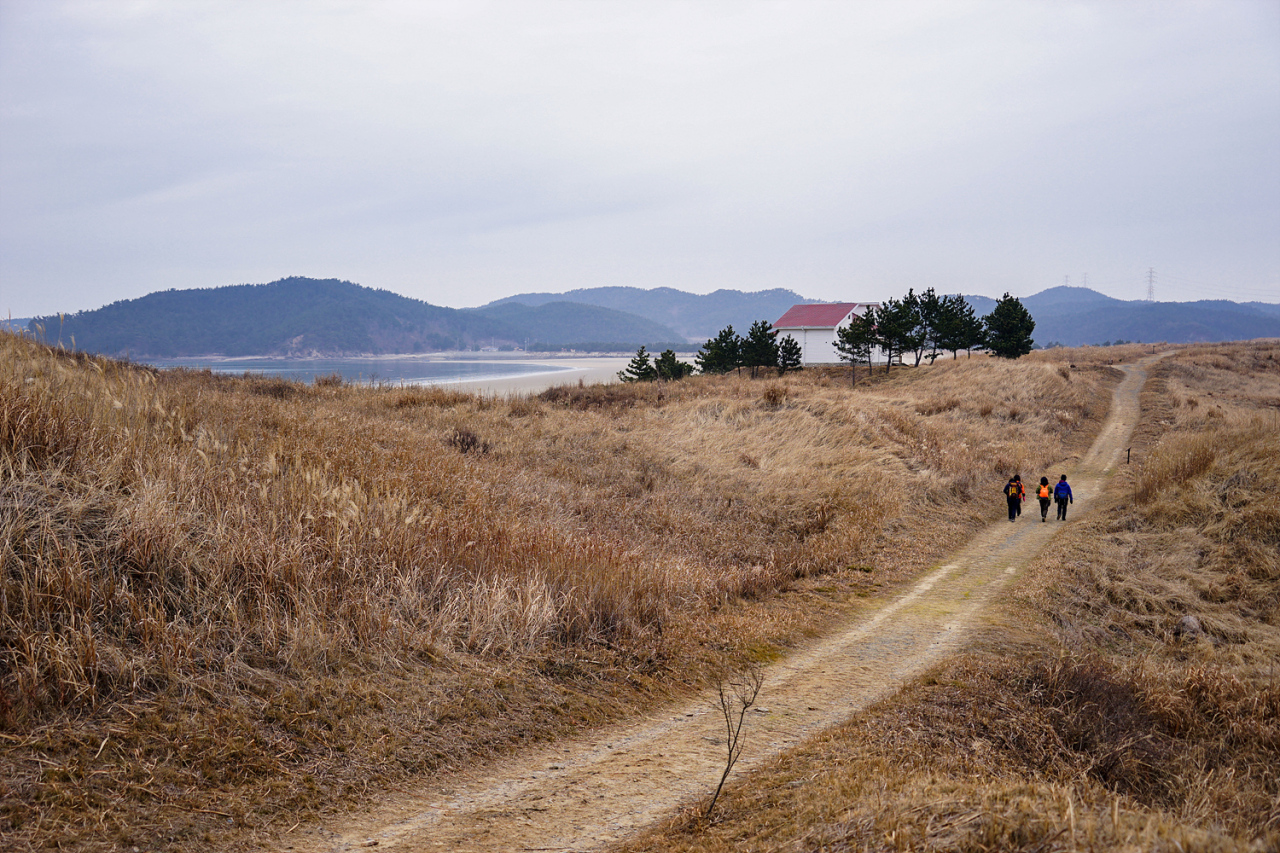 Taean Course 70 along Taean Sinduri Coastal Dune, in Taean, South Chungcheong Province (KTO)
A new walking trail that stretches along the west coast -- Seohaeranggil, or Seohaerang Trail -- has opened to the public, just in time for the start of the summer holiday season.

At 1,800 kilometers, Seohaeranggil is currently the longest walking trail in the country. It begins at the southern tip of the Korean Peninsula at Haenam, South Jeolla Province, and reaches up north all the way to Ganghwado, an island on the west coast about an hour away from Seoul.

The trail forms the third section of the 4,500-kilometer Korea Trail project, which, when completed, would connect all coastal regions as well as the inter-Korean border region. 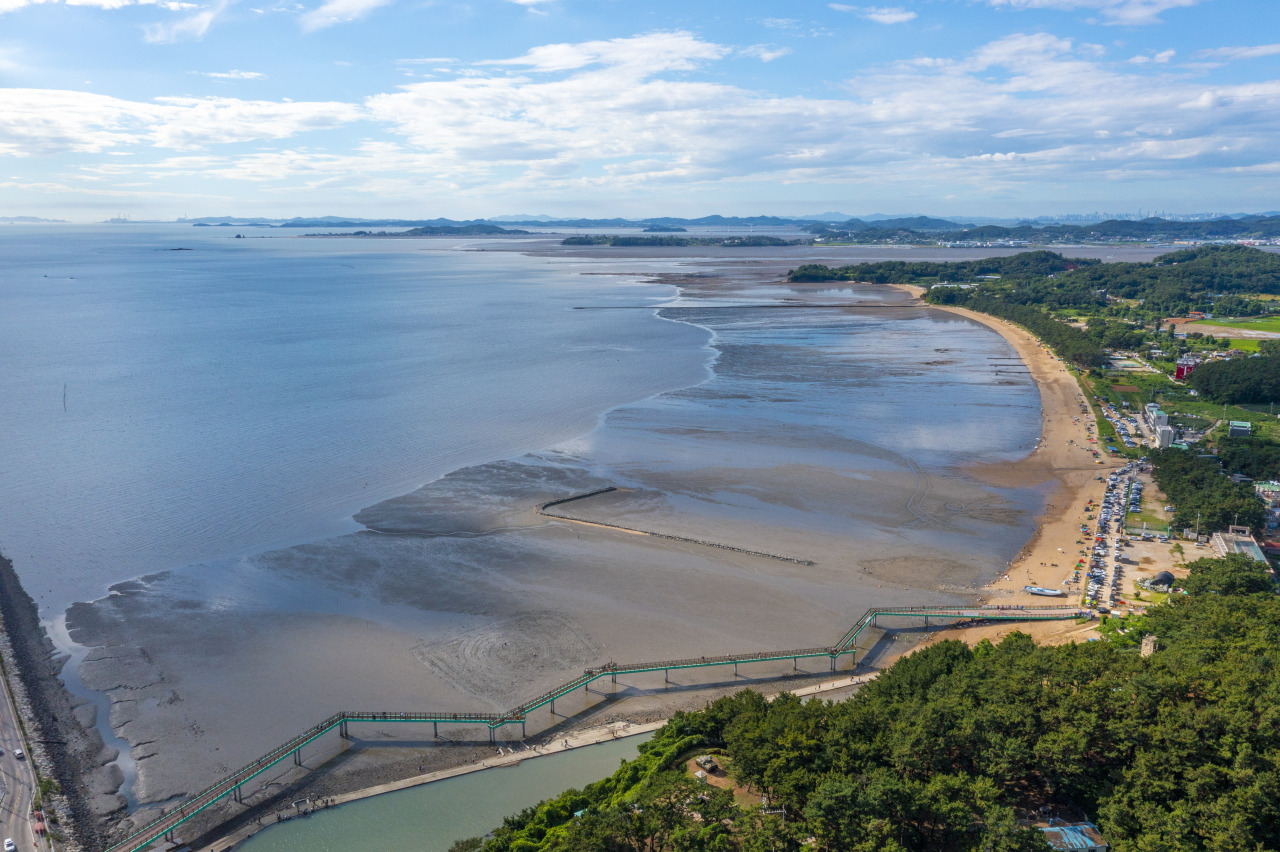 The Korea Trail project is scheduled to be completed next year with the opening of the final section -- the 524-kilometer DMZ Peace Trail.

The Seohaerang Trail consists of 109 courses, many of them overlooking getbol, or Korean tidal flats, and rural neighborhoods.

Compared to other relatively easier trails that are suitable even for novices, the Seohaerang Trail has some uniquely shaped trails, due to the large differences in tidal range on the west coast.

For five of those sections, the routes change depending on the tides. During high tide, walkers are able to choose safer, alternative routes.

A number of events have been organized to mark the trail’s opening.

Through the walking tour guide website Durunubi, prizes will be given to those who complete one or more routes of Seoharang Trail through an open draw. 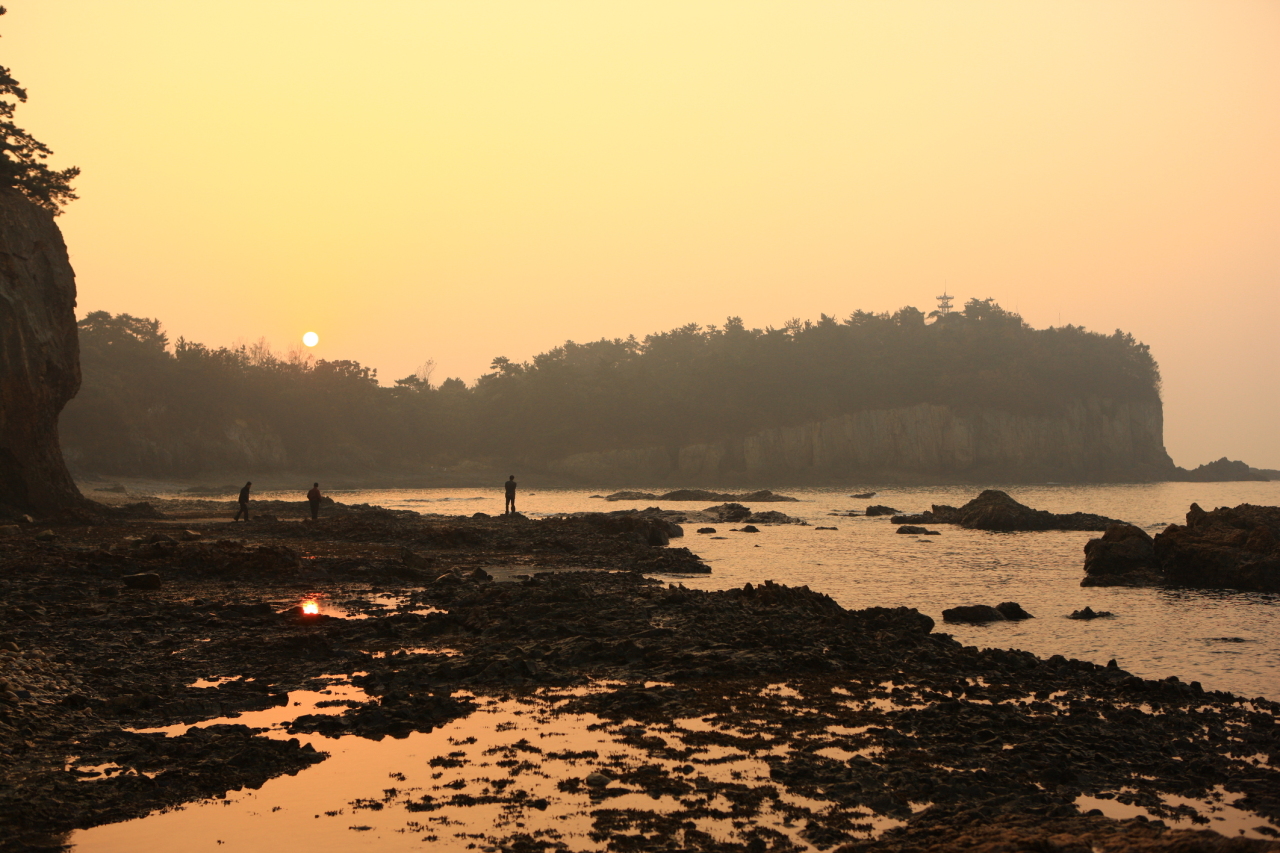 Buan Course 47, adjacent to Jeogbyeokgang Cliff, in Buan, North Jeolla Province (KTO)
In addition, those participating in “My Own Seoharanggil Photo Contest” with the most popular photos will get a chance to win prizes.

“We expect the DMZ Trail to officially open early next year, which will finally connect the north, south, east and west of the peninsula,” the Korea Trail’s project team manager at the Korea Tourism Organization said.

“Starting in the latter half of this year, we will focus on making relevant materials in English, Chinese and Japanese, which will hopefully be helpful to foreign tourists and their travel agencies.” The materials will include a guide to restaurants and accommodations located within a kilometer from any route of the Korea Trail, according to the official.

Currently, a GPS-based route information for travelers is available in Korean on the Durunubi website.