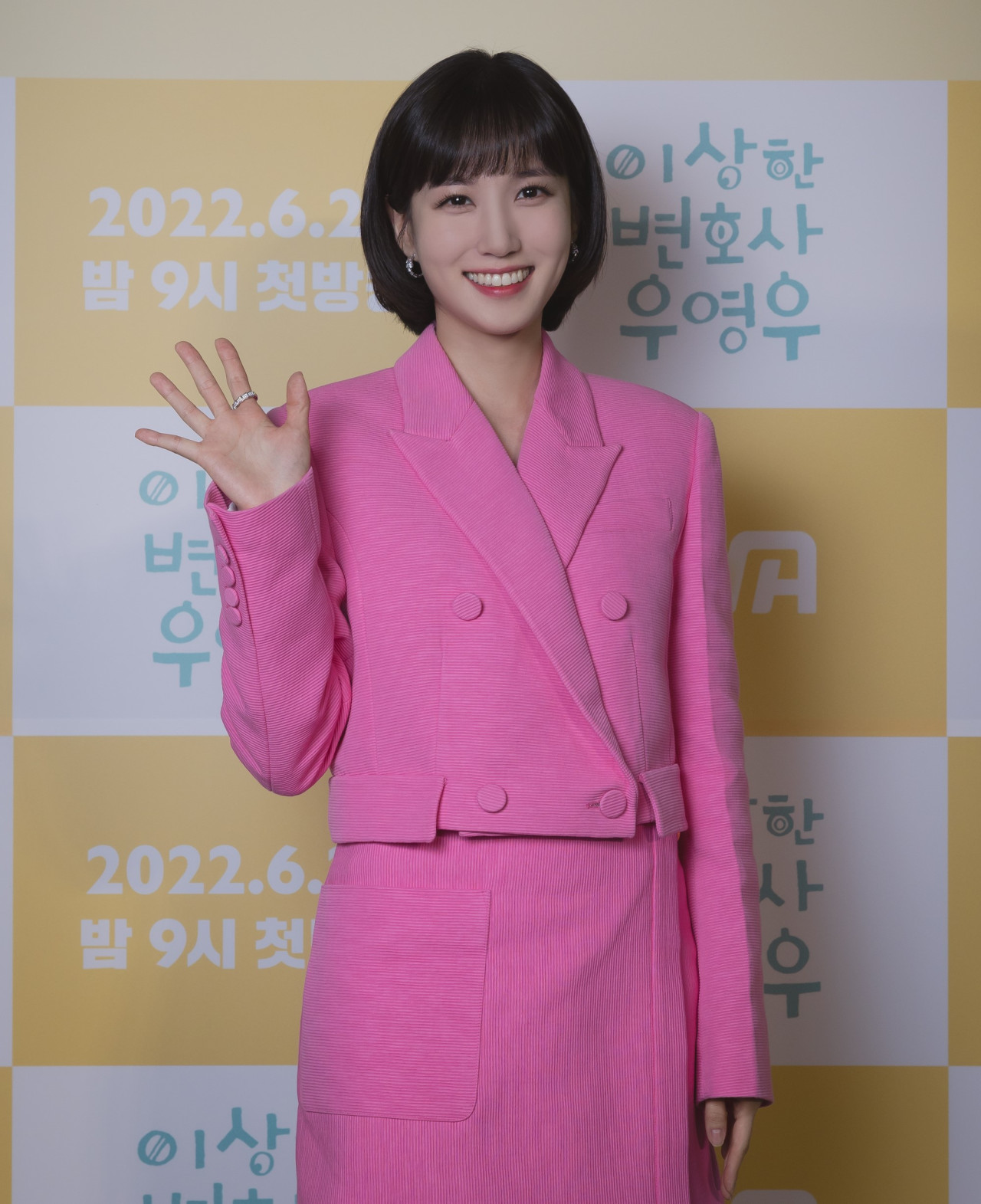 Park Eun-bin poses for photos before a press conference at Lotte Cinema Konkuk University in Gwangjin-gu, Seoul on Wednesday. (ENA)
Television director Yoo In-sik hopes to fight prejudices by presenting a story of a talented lawyer who is on the autism spectrum.

“Everything began as I watched ‘Innocent Witness’ (2019), written by the screenwriter Moon Ji-won,” Yoo said during a press conference at Lotte Cinema Konkuk University in Gwangjin-gu, Seoul on Wednesday.

In the film “Innocent Witness,” a young autistic girl (played by Kim Hyang-gi) wishes to become a witness, believing that she cannot become an attorney. This caught his attention, Yoo recalled.

“The screenwriter of ‘Innocent Witness’ presents a different story with ‘Extraordinary Attorney Woo.’ I believe that valuable messages can be delivered through our new series,” the director added. 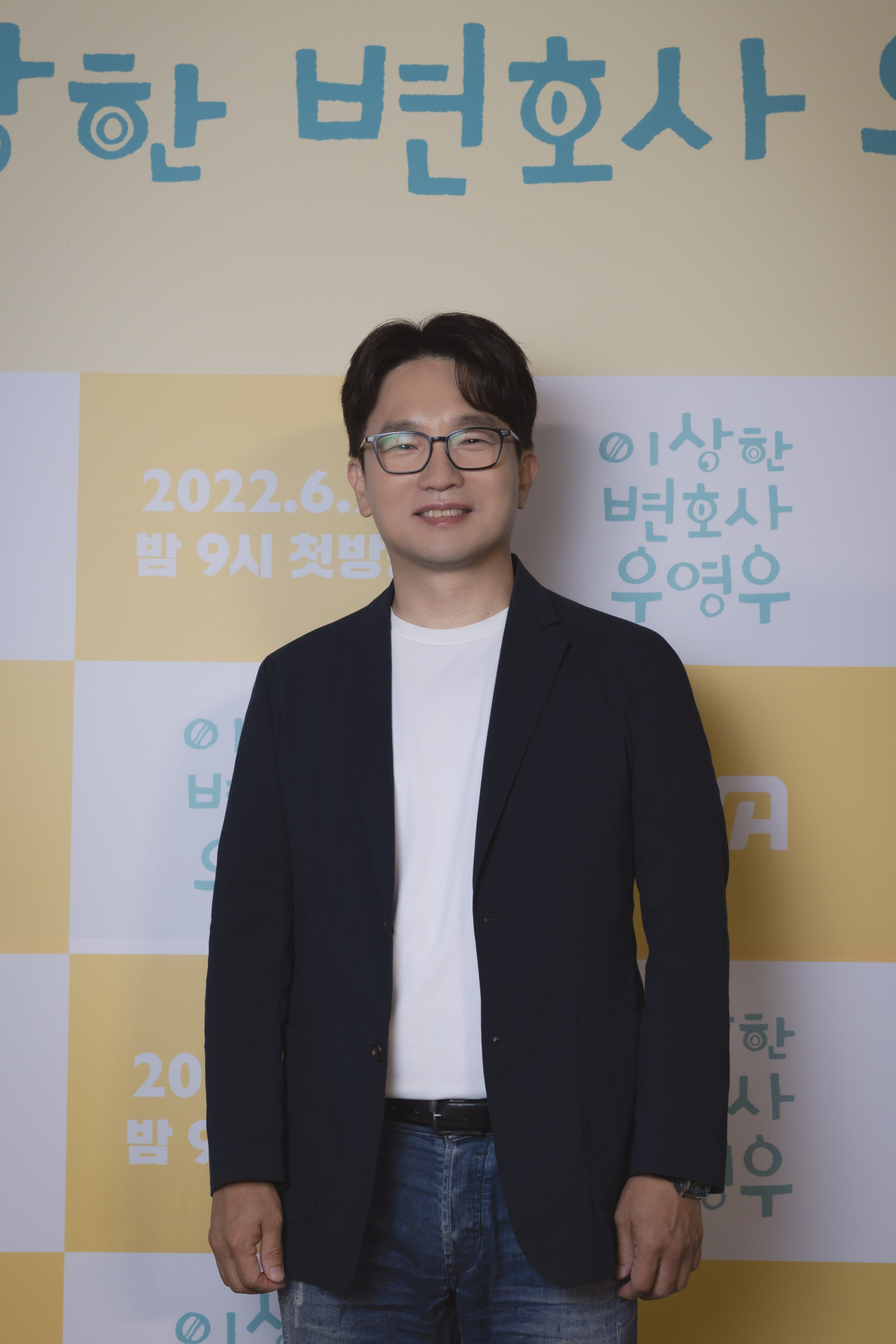 Director Yoo In-sik poses for photos before a press conference at Lotte Cinema Konkuk University in Gwangjin-gu, Seoul on Wednesday. (ENA)
Television channel ENA’s “Extraordinary Attorney Woo” centers around a newbie attorney Woo Young-woo, seen as a genius, who is on the autism spectrum. The series shows the challenges Woo faces in the courtroom and beyond.

Actor Park Eun-bin, who featured in many hit drama series, including “Stove League” (2019), “Do You Like Brahms?” (2020) and “The King’s Affection” (2021), shared her struggles and concern starring in the series as Young-woo.

“I did not know how to play Woo Young-woo when I first read the script. I was questioning myself about whether acting as a woman on the autism spectrum was appropriate. I had to make sure I did not have any prejudices that could influence my acting,” Park said.

“I definitely did not want to create a stereotype for viewers who are encountering a character on the autism spectrum for the first time through the series. I tried to approach the character with caution and did a lot of studying,” the 29-year-old actor added.

According to the director, “Extraordinary Attorney Woo” focuses on the development of Young-woo, how she views the world and how she influences those around her. 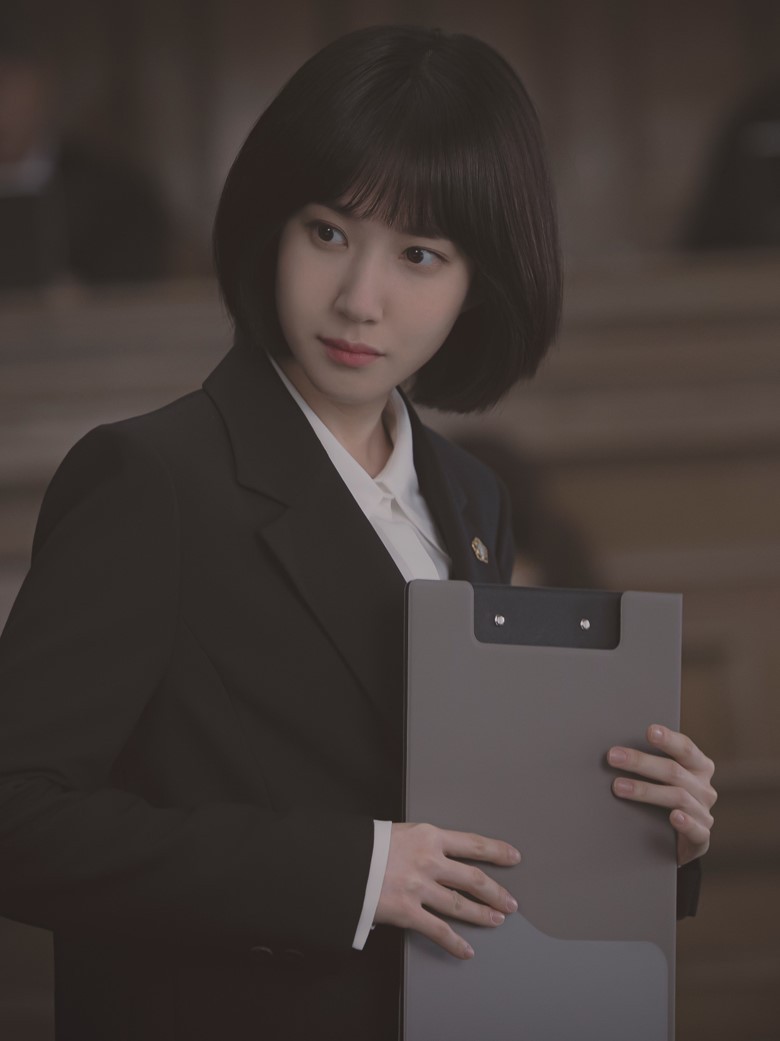 Actor Park Eun-bin plays a newbie lawyer Woo Young-woo in “Extraordinary Attorney Woo” (ENA)
“Unlike many existing legal dramas that present conspiracies, violent action scenes and tense confrontation with villains, our series deals with many interesting subjects that may seem insignificant, like a revolving door at a building entrance,” Yoo said, mentioning Young-woo‘s difficulties passing through the fast-spinning door in an early episode.

“Woo Young-woo is a person, who has taken her first step into society. I hope the viewers look forward to seeing how she views our world and becomes part of our society,” the director added.

The 16-part series airs every Wednesday and Thursday at 9 p.m. on ENA.