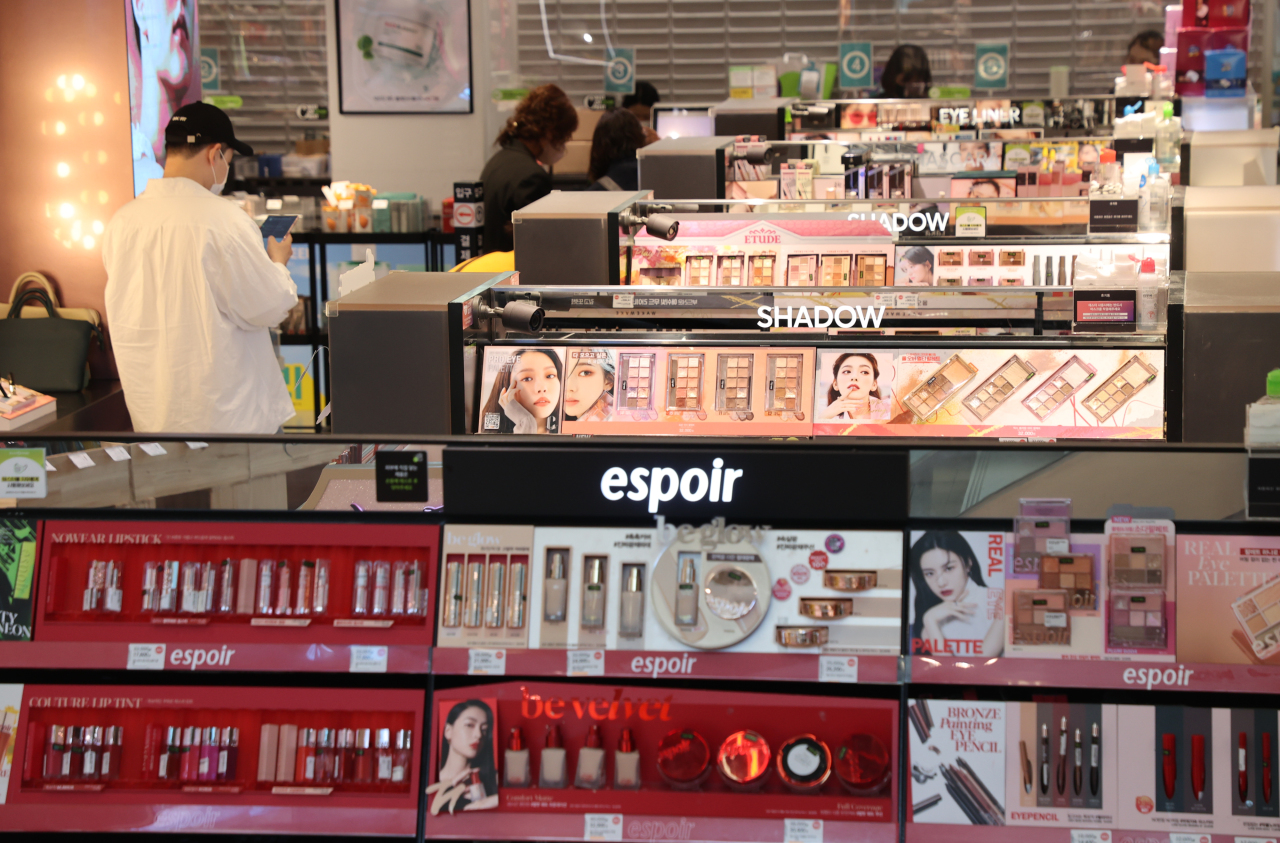 A man walks through the cosmetics aisle of an Olive Young branch in Seoul, earlier this month. (Yonhap)
South Korean health and beauty retailer CJ Olive Young said Thursday its sales of men’s cosmetic products in the first half of this year increased 24 percent compared to the same period last year.

The retailer saw a 130 percent increase in the basic skin care category, which includes toners and lotions. In the cosmetics category, foundations and color lip balms were the most-sold items, according to company data.

“As more men invest in grooming, the men’s beauty market has expanded past basic skin care and into categories such as cosmetics, and hair and body products,” said a CJ Olive Young official.

Meanwhile, online purchases of men’s beauty products have also seen a noticeable increase, according to data from online retailer Gmarket.

Gmarket said Wednesday its sales of men’s toner and lotion increased 67 and 23 percent respectively, while its men’s color makeup products saw a 23 percent increase. Sales data for May and June of 2022 were compared with that of the same period last year.

The online sales of shaving products also saw a whopping 476 percent increase, while the sales of grooming products such as teeth whiteners, small scissors, and exfoliators almost doubled.

Gmarket attributed this increase in sales to the lifting of Korea’s outdoor mask mandate.

The value of the Korean men’s cosmetics market -- currently placed at 1.09 trillion won ($839 million) -- is projected to reach 1.16 trillion won by 2025, according to data from Euromonitor International.