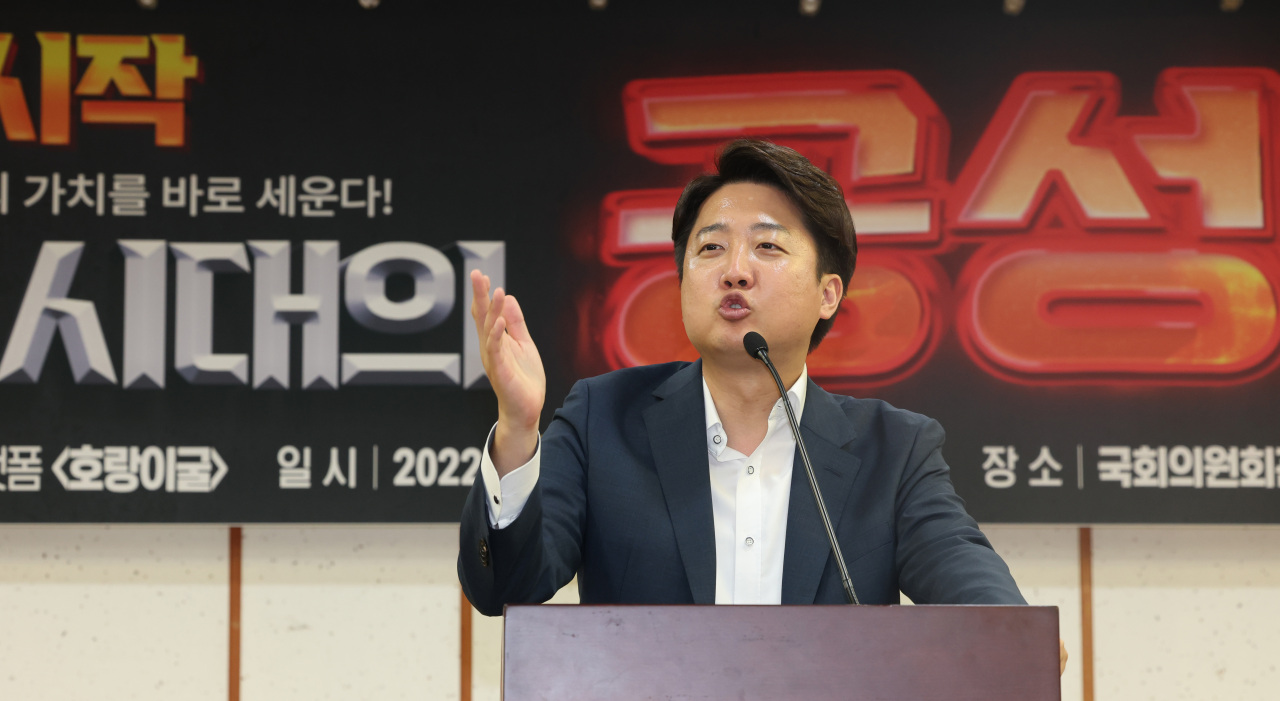 Rep. Park Seong-min sent a text message to reporters Thursday morning saying he will no longer serve as Lee’s chief of staff for personal reasons. Park did not specify the impetus of the resignation.

The legislator has served as a bridge between Lee and President Yoon Suk-yeol since being appointed to the chief of staff position upon Yoon’s victory in the March presidential election. It is speculated that Park was pressured to resign as Lee has faced growing opposition within the party.

The resignation distances Park from Lee ahead of a ruling from the party’s internal ethics panel next week, where Lee is likely to face some sort of penalization stemming from sexual bribery allegations.

Park’s resignation has also been interpreted by some as an indirect message that Yoon will distance himself from Lee. The speculation is supported by Lee not being present at the farewell scene for Yoon’s departure to Madrid to participate as a guest at the NATO summit.

Close aides of Lee also claimed that Lee and Yoon had a secret meeting over the weekend, but the presidential office denied the meeting took place, fanning speculations of Yoon distancing himself from Lee ahead of his expected penalization from the ethics panel.

Lee has faced growing calls to step down and let new leadership take over since Yoon’s victory in the presidential election, as some believe that having someone closer to Yoon lead the party would create synergy with the administration and lead to more successful governance.

Pressures grew as Lee started a new committee on reforming nomination guidelines shortly after the party achieved landslide victories in June’s local elections. The committee was widely seen as a threat to many traditional figures within the bloc, as they feared losing seats and political power if new nomination guidelines do not work in their favor.

The growing internal feud has prompted some heavyweights to form their own circles and grow their influence, possibly with an eye to be the next chairman of the party. Lee’s term as party chairman ends in June 2023.