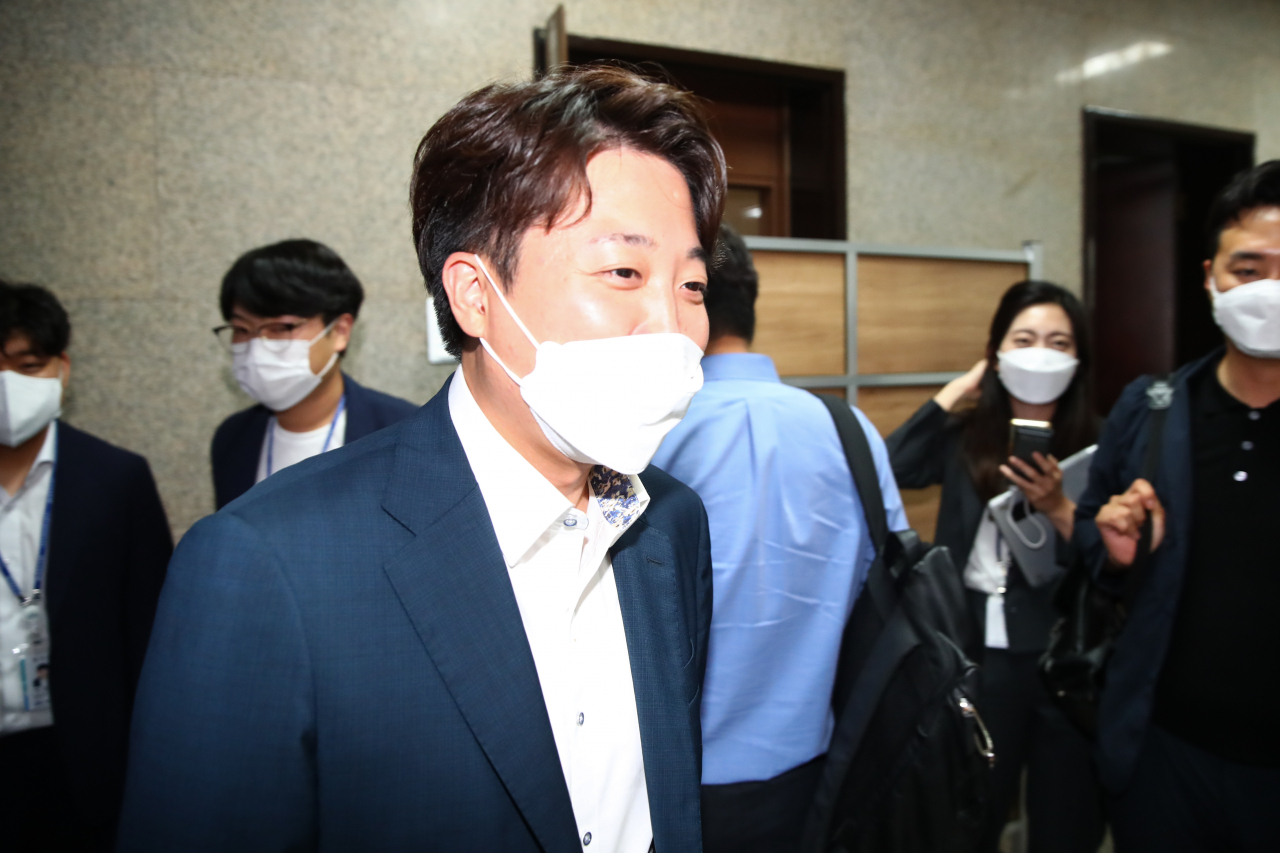 Police on Thursday questioned a businessman in connection with allegations that he paid for sexual services as a bribe to now-ruling People Power Party (PPP) Chairman Lee Jun-seok about 10 years ago.

The National Police Agency said a team of investigators questioned Kim Sung-jin, CEO of the tech company I-kaist, who is currently locked up at the Seoul Detention Center over a separate case.

Lee is accused of receiving sexual services paid for by Kim in 2013. At the time, Lee was considered close to then-President Park Geun-hye because Park had handpicked him for a seat at the party's collective leadership two years earlier.

The scandal is considered the biggest crisis yet for Lee, who won the PPP chairmanship last year as the first person in his 30s to take the helm of a major political party in South Korea.

Lee has claimed he is innocent.

The PPP's ethics committee plans to hold a meeting on Lee's case next week.

The types of disciplinary action the committee can take range from a warning to expulsion from the party. (Yonhap)