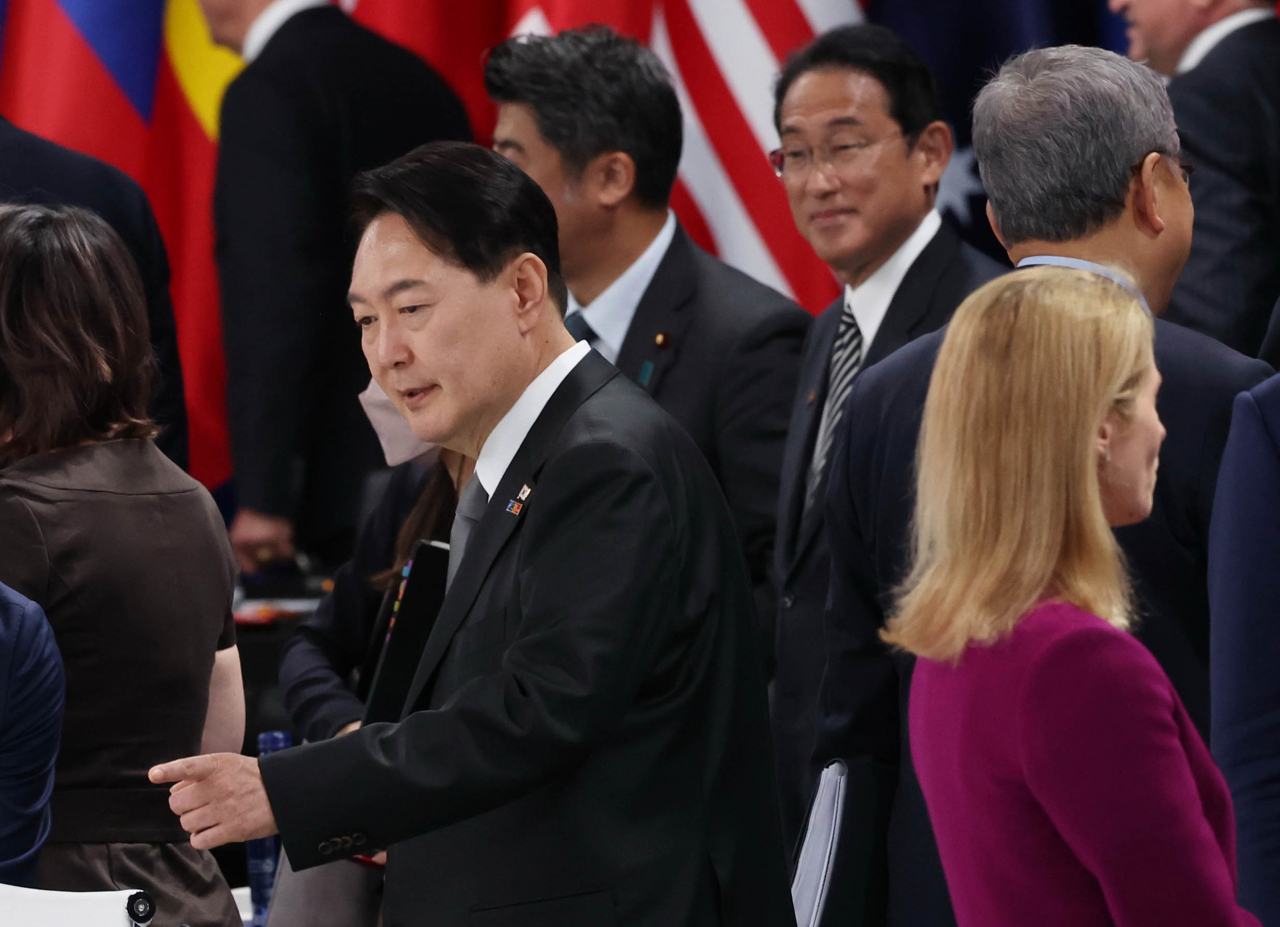 President Yoon Suk-yeol (L) is seen at a summit of the North Atlantic Treaty Organization in Madrid on Wednesday. (Yonhap)

During the meeting, which took place on the sidelines of the North Atlantic Treaty Organization summit in Madrid, the two leaders agreed on the importance of nuclear energy in achieving carbon neutrality and promised to expand bilateral cooperation to ensure the safety of nuclear power generation and strengthen the competitiveness of the nuclear power industry, the office said.

Yoon and Macron also expressed hope for greater cooperation in space, including the development of small and medium-sized satellites.

Yoon asked for France's support for South Korea's bid to host the 2030 World Expo in Busan, and Macron responded that he would make appropriate considerations.

On North Korea's nuclear weapons program, Yoon requested that France continue to take an interest in the issue as a permanent member of the UN Security Council.