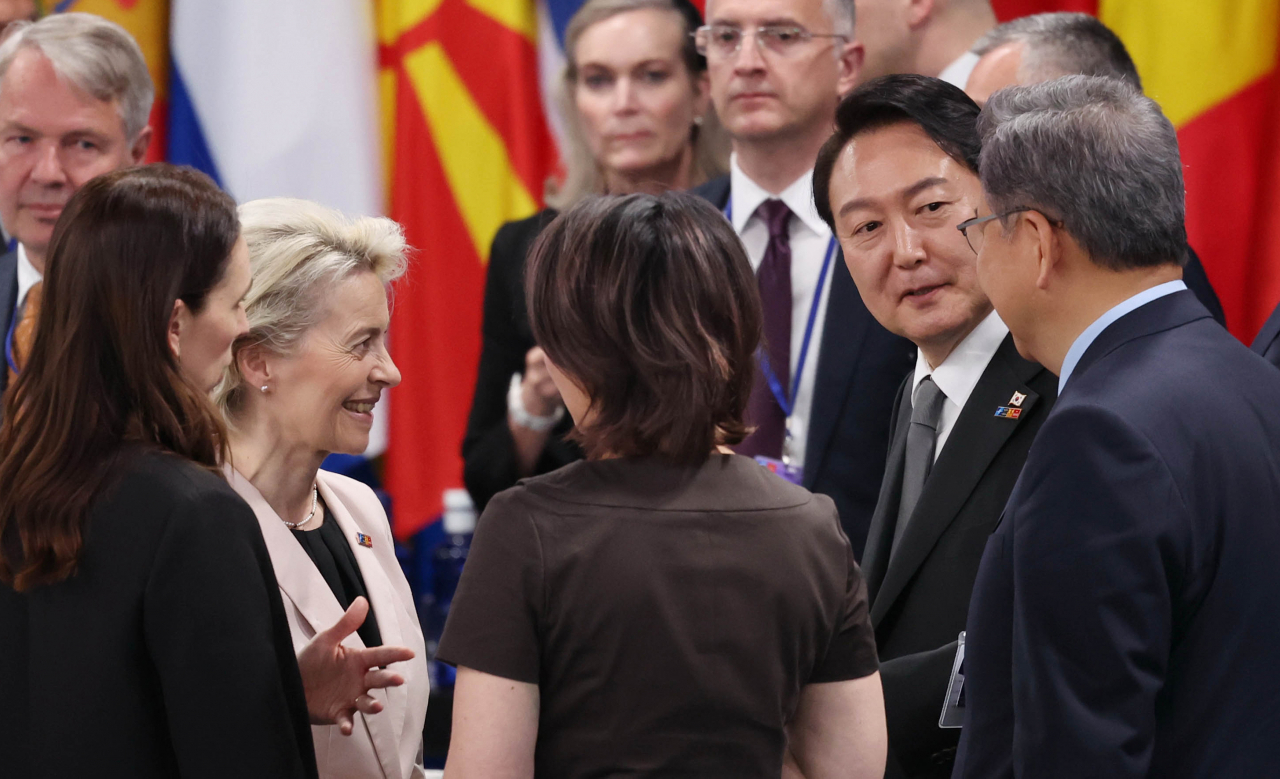 President Yoon Suk-yeol (2nd from R) is seen at the NATO summit in Madrid on Wednesday. (Yonhap)

During the meeting, which took place on the sidelines of the North Atlantic Treaty Organization summit in Madrid, the two leaders welcomed the countries' growing cooperation since their establishment of a "comprehensive green strategic partnership."

In particular, they noted the investment and cooperation of the two countries' businesses in the areas of offshore wind power and environment-friendly shipping.

"They agreed to continue providing support at the government level so that the achievements of cooperation in these areas can further materialize," the presidential office said.

Yoon said the international community will have to leave the door open to dialogue with North Korea but respond firmly to its provocations. Frederiksen reaffirmed Denmark's support for South Korea's policy on North Korea and promised to contribute to the establishment of peace on the Korean Peninsula.

Yoon invited the prime minister to South Korea, saying he looks forward to the two of them exchanging visits, his office said. (Yonhap)