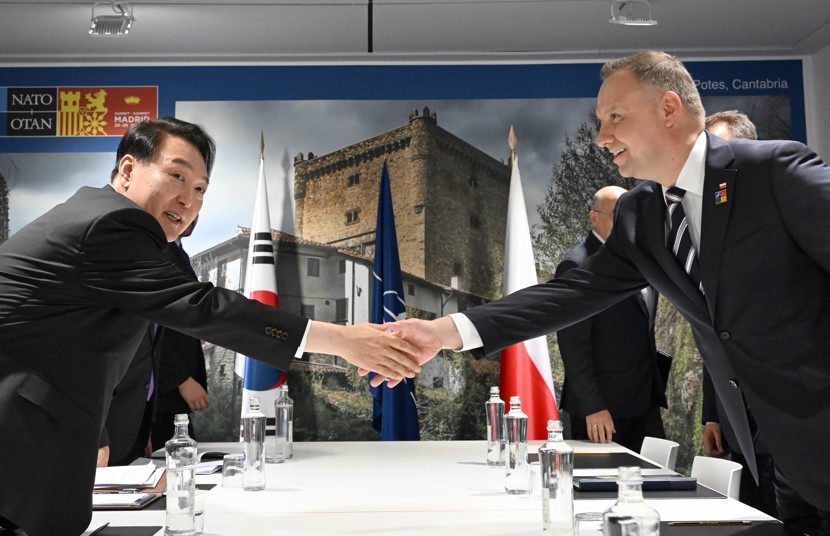 President Yoon Suk-yeol meets with Polish President Andrzej Duda on the occasion of attending the NATO summit on Wednesday. (Yonhap)

The two met on the sidelines of the NATO summit in Madrid. Afterward, Choi Sang-mok, senior secretary for economic affairs, said in a briefing that tangible results are expected soon in the defense sector.

“The defense cooperation between the two countries has been discussed in depth, and we expect practical progress soon,” Choi said. “I think this will be the first achievement of the sales diplomacy (at the summit).”

The two leaders also agreed to seek ways to cooperate on nuclear power and LNG carriers to achieve carbon neutrality and secure energy security, according to the presidential office on Wednesday.

The two countries' leaders assessed that since the establishment of diplomatic relations in 1989, trade, investment and cooperation have expanded, notably in infrastructure, energy and defense.

Yoon called for the president’s attention to some 300 Korean companies involved in home appliances, plants, automobile batteries and IT infrastructure in Poland.