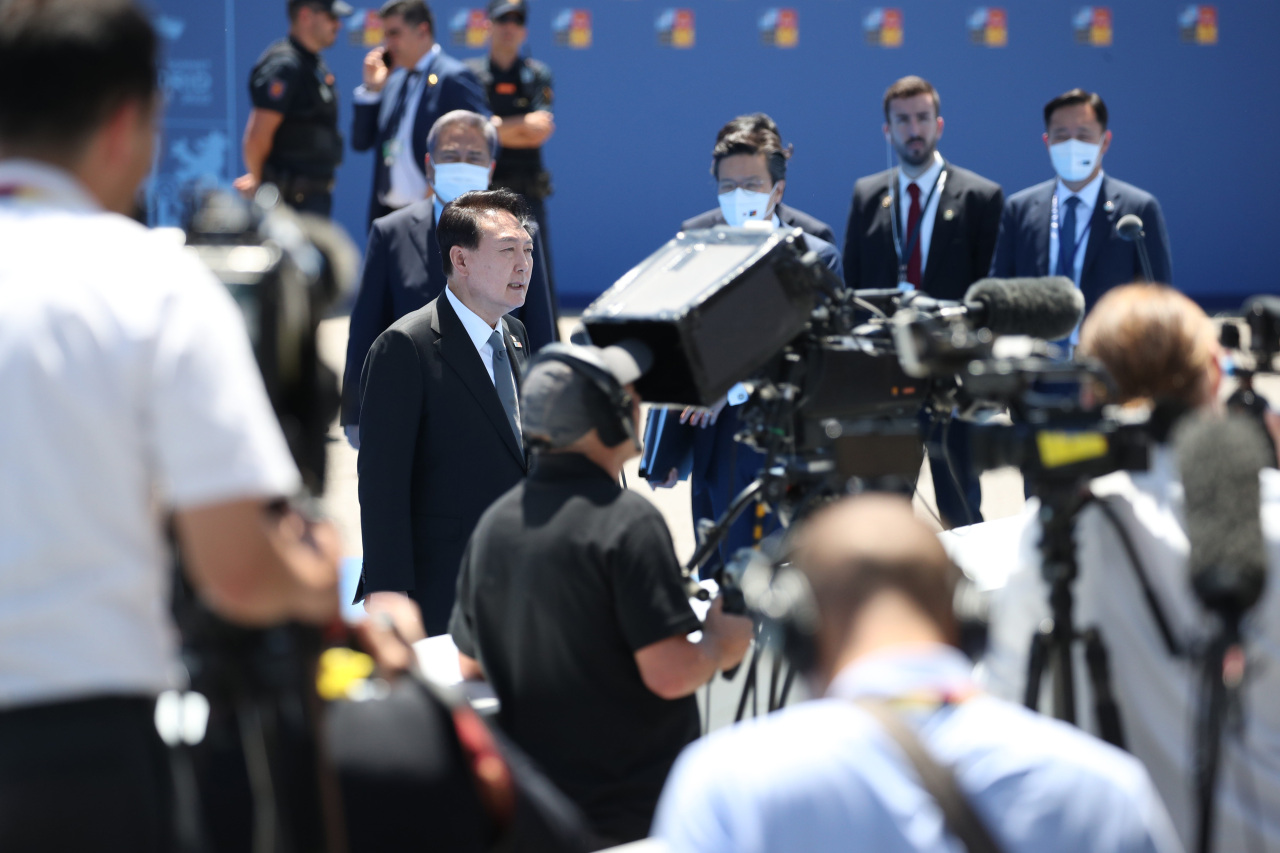 “There is a consensus that Korea, the US and Japan should strengthen security cooperation related to the North Korean nuclear crisis,” Yoon told reporters ahead of the NATO allies-partner summit when asked what kind of proposal he would make at the Korea-US-Japan summit.

The trilateral talk was the first in four years and nine months since the last held on the occasion of the UN General Assembly in September 2017.

As for the meaning of attending the NATO summit, he said, “Because a regional security situation in a certain region triggers global repercussions, an alliance within a region does not solve the security crisis. The Ukraine crisis expanded such a perception.”

Yoon said the participation of the four Asia Pacific countries, South Korea, Japan, Australia and New Zealand, was made out of the consensus.

The Korean president said it is crucial for the Asia Pacific region and NATO to cooperate. Avoiding mentioning names of specific countries, Yoon said it is meaningful to attend the summit in the sense that NATO allies and Indo-Pacific countries should cooperate.

When asked what kind of impression he received from Japanese Prime Minister Fumio Kishida at the gala dinner held a day earlier, he said, “We had a little conversation at the dinner, and we spent much time having a four-way Asia Pacific meeting (today).”

“The impression I received is that I am convinced that Prime Minister Kishida can become a partner who can solve issues between Korea and Japan and develop bilateral relations for the common good of the two countries in the future.”