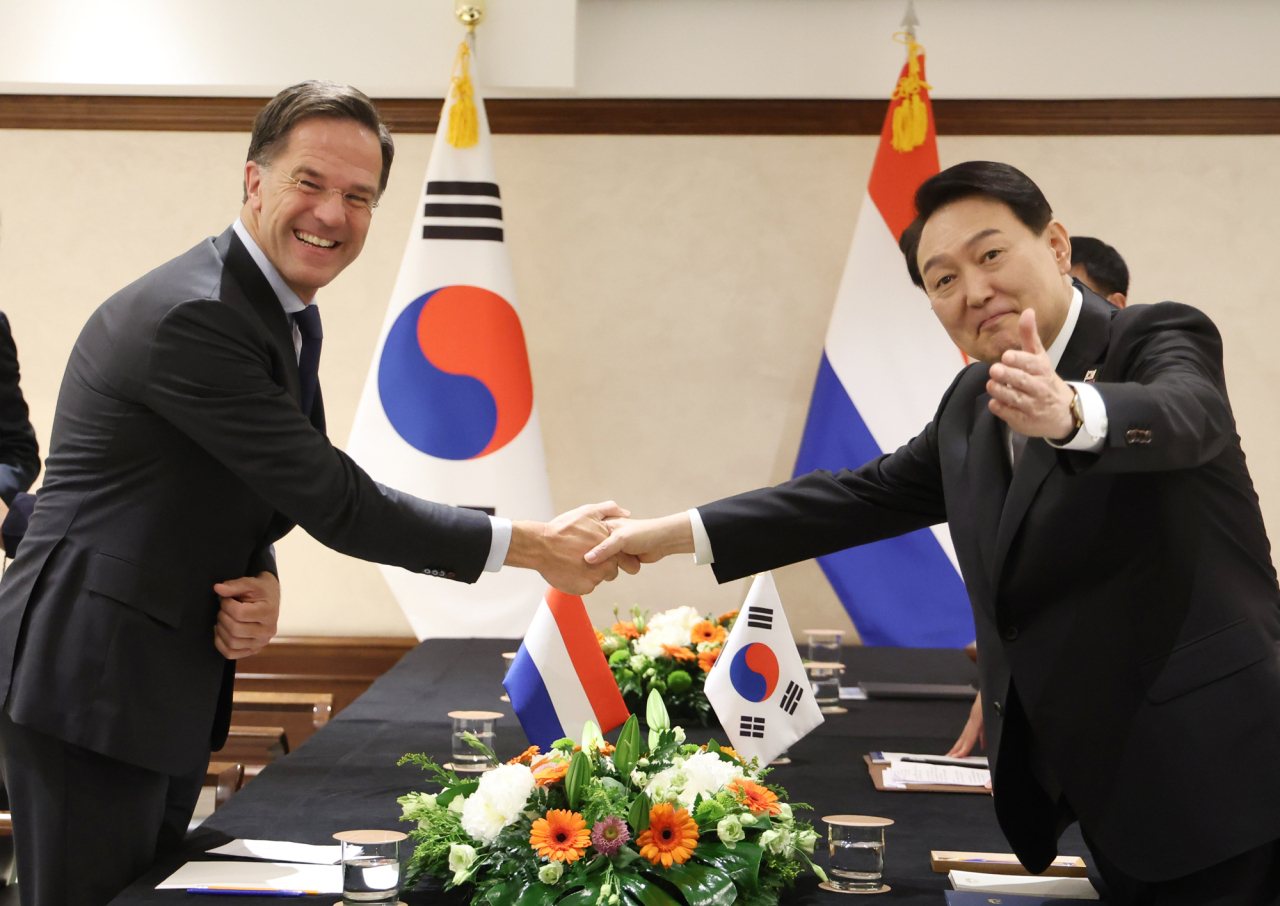 South Korean President Yoon Suk-yeol (R) poses for a photo with Dutch Prime Minister Mark Rutte as they meet on the sidelines of a meeting of the North Atlantic Treaty Organization in Madrid on June 29, 2022. (Yonhap)

During the meeting, which took place on the sidelines of the North Atlantic Treaty Organization (NATO) summit in Madrid, Yoon expressed hope the investment of Dutch semiconductor companies in South Korea, including by chip equipment maker ASML, will contribute to building stable supply chains and requested the stable supply of equipment to South Korean chip firms.

Rutte assessed that the two countries are cooperating in a mutually complementary manner in the semiconductor sector.

Yoon also said he hopes South Korean businesses, which boast stability and price competitiveness, will be able to take part in the construction of nuclear power plants in the Netherlands, and the two leaders agreed to move forward working-level talks to realize their potential for cooperation in the nuclear power sector.

The meeting touched on the issue of North Korea‘s nuclear weapons program, with Yoon citing concerns about the possibility of a seventh nuclear test by the regime and stressing his administration’s commitment to responding firmly to North Korean provocations.

Rutte reaffirmed the Netherlands‘ support for South Korea’s policy on North Korea. The prime minister expressed his wish to visit South Korea this fall, and Yoon invited him without hesitation. Rutte also delivered King Willem-Alexander‘s wish to invite Yoon to the Netherlands on a state visit next year, and Yoon immediately accepted the offer. (Yonhap)