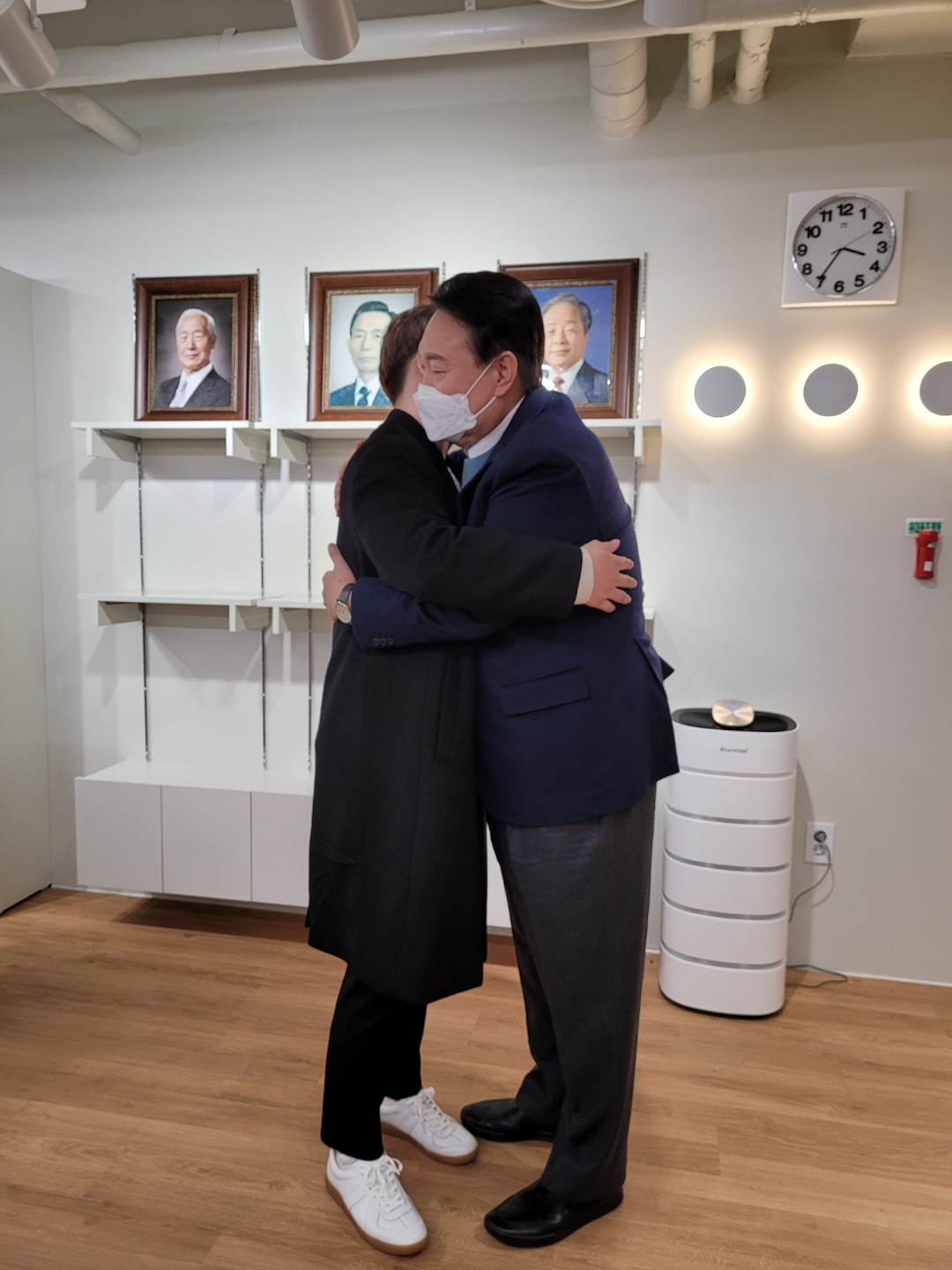 “I am deeply ashamed our nation left you and your family with irreversible scars, and I am sorry,” he said in the letter dated June 22.

“I hope your courage in stepping up to restore the honor of your father, and quest for the truth continues to guide you in your life.”

He then went on to say that his “heart ached” to hear he was deprived of a normal life as a young man after losing his father.

The family’s lawyer, Kim Ki-yun, told The Korea Herald the letter from the president arrived by mail Wednesday morning. 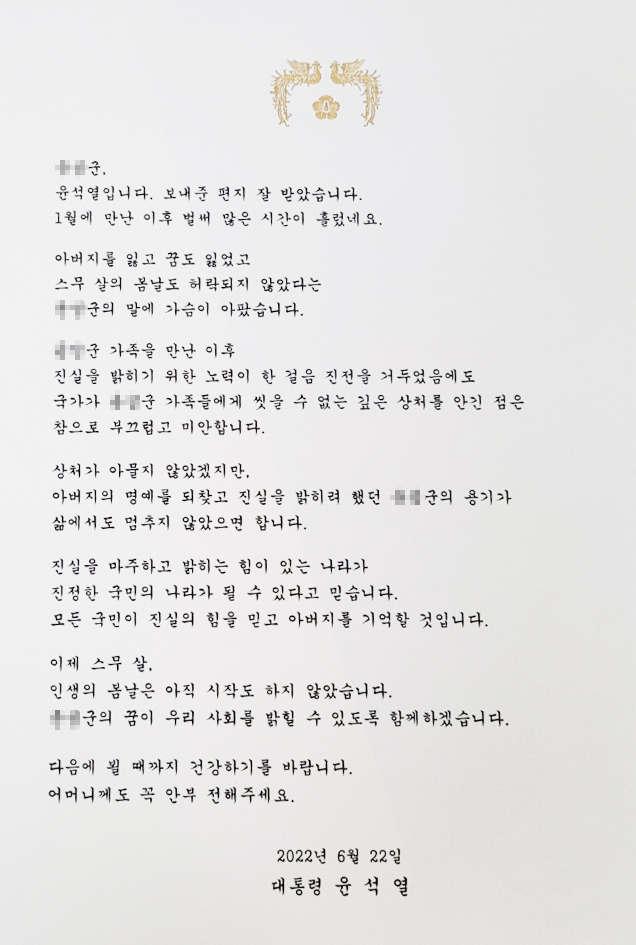 In this letter dated June 22, President Yoon Suk-yeol wrote in a reply to Lee Dae-jun’s son that “all of South Korea will remember” his father. (Courtesy of Lee’s family)
Lee’s son sent an open letter to Yoon on June 17, a day after the Coast Guard announced there was no evidence of a defection, in which he thanked the president for remembering his promise.

“My mother, my younger sister and I had to live the past year and nine months as the family of a defector,” he said in the letter. “My father disappeared overnight. I couldn’t understand what was happening and I was in pain. But I had to keep my pain secret because I was afraid of what people might think.”

The 20-year-old then pleaded Yoon to “please keep (his) promise until the end.”

“I was hopeful after you said when we met in January, that the truth will be out and that I just had to hang on,” he said. “I was already once disappointed by President Moon, and I didn’t want to get my hopes up because I was scared of being let down again.”

In a reply to a letter from Lee’s son on Oct. 18, 2020, Moon pledged to help the family get to the truth. “I will see to it myself and make sure the truth is uncovered. I will be with you every step of the way,” he said.

Moon offered his condolences to his younger sister and mother, and told him to “trust the process.” “Everything will be transparent. Please have patience and wait for the Coast Guard’s investigations,” he said.

However, upon finding out in January that Cheong Wa Dae appealed the court’s order to open up information regarding Lee’s killing, the family tried to return Moon’s letter and left it outside the Cheong Wa Dae gates.

When asked the reason for returning that letter, Lee’s wife, Kwon Young-mi, said during a June 20 interview with The Korea Herald: “Because those were empty words.”

“President Moon made that promise himself to be transparent and to reveal the truth,” she said. “Then his Cheong Wa Dae filed an appeal against us after losing the information disclosure case, and hid all of that information.”