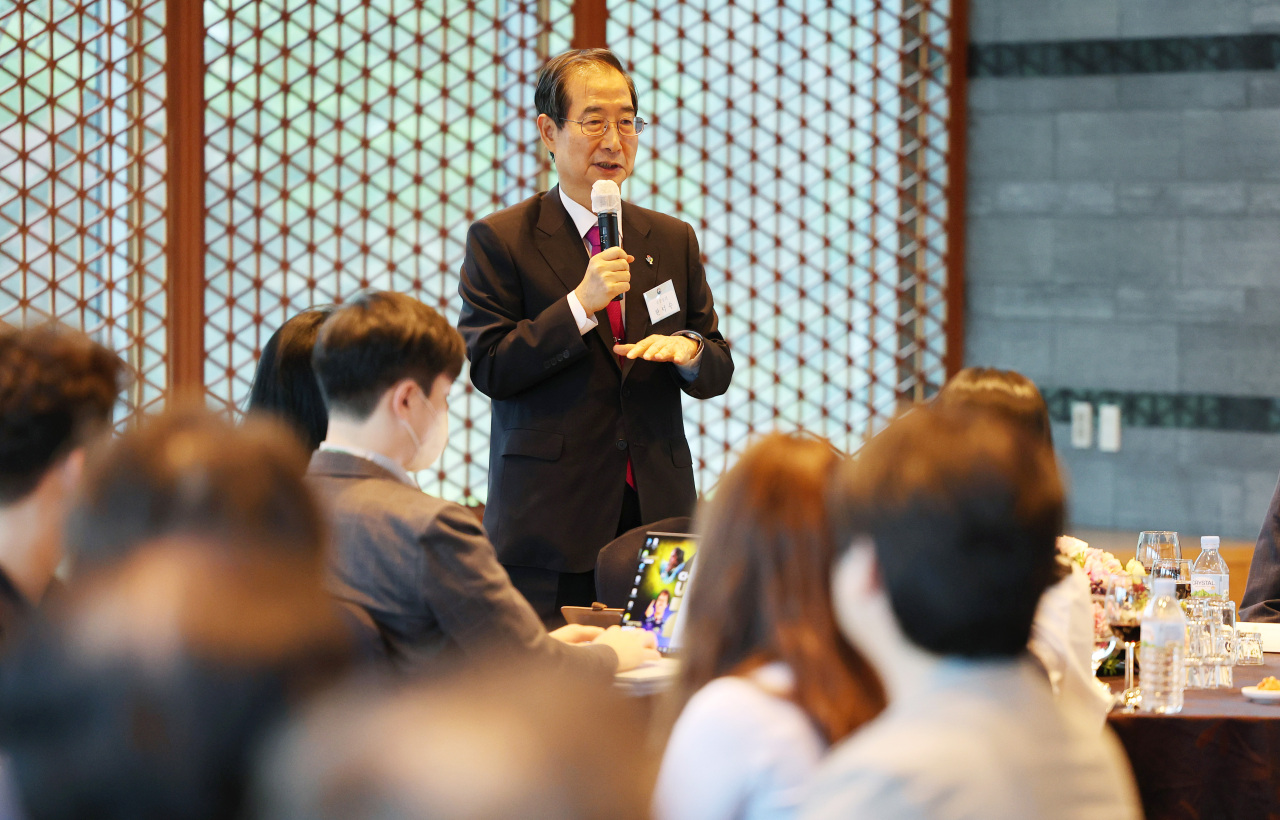 According to Han, the Yoon Suk-yeol administration will prepare stronger measures to counter potential military threats from North Korea than the previous administration did.

Unlike the previous government’s approach toward North Korea, which the public could perceive as naive, Han stressed that the current administration will discuss deterrence strategies with its allies. Nuclear deterrence will be one of the topics that President Yoon will bring up in future summits with leaders of other countries, Han added.

During the meeting on Tuesday, Han also touched on other agenda items that the county is currently pushing forward, including the current administration’s deregulation initiatives, as well as delayed appointments of Cabinet members.

Han admitted that not everyone can benefit from deregulation policies. He also agreed that trickle-down economics no longer works as it used to do in the past -- particularly when the country was growing rapidly. “No policy can work without (a distribution policy),” Han said, stressing the importance of protective measures against deregulation policies that can possibly marginalize people in need.

On South Korea’s high inflation, Han admitted that the country‘s economy would more or less suffer from the worldwide trend for a while.

However, Han emphasized that the current administration would in no way directly intervene with the market economy and regulate consumer prices. Han said the government will, instead, prepare measures to prevent inflation from causing excessive pay raises in the future, which, in turn, can aggravate inflation further.

Han pointed out that Yoon has previously expressed his support for free-market principles.

Regarding the appointment of the Korea Fair Trade Commission commissioner, Han said the government is undergoing a lengthy review process of two or three candidates at the current time. The appointment has been delayed only because candidates are under thorough review, Han explained.

Han added he expects the new leader of the FTC will not be one who comes from the central government.

The commissioner position at the FTC has been vacant for some 50 days, leaving the commission up in the air without anyone to take responsibility for making major decisions.