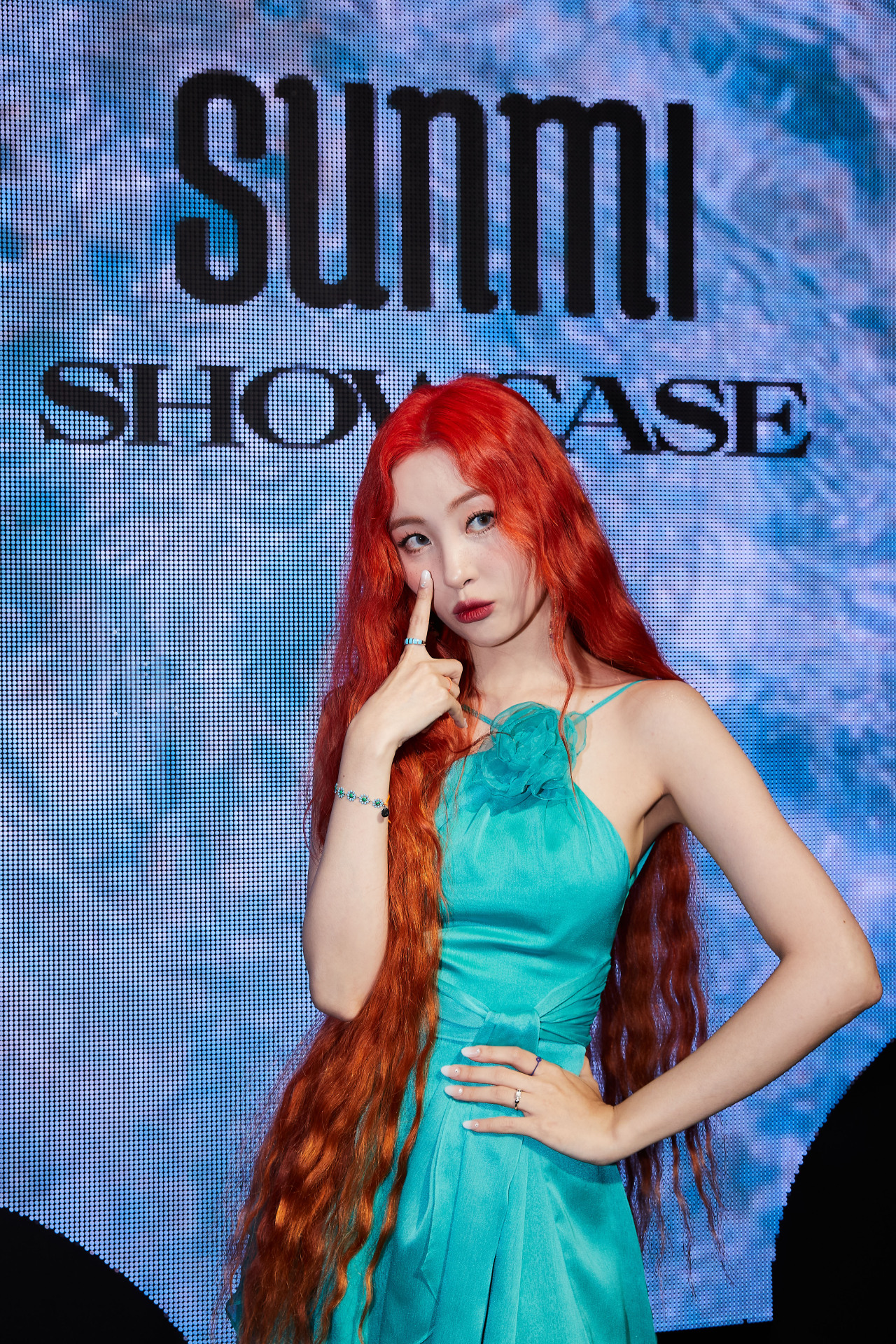 This mark’s the songstress‘ first release since her 3rd EP, “1/6,” dropped last August.

The singer’s digital single is a two-song release that includes the title track and the side track “Childhood.”

Gushing about her new songs, the singer described “Heart Burn” as “a song about summer love.”

“It‘s a catchy song with an addictive melody that gives a mysterious yet energetic vibe. I used ’heartburn‘ as a metaphor to express the wild love in the scorching hot season. That’s why I filmed my music video in Los Angeles to capture the city‘s sunny summer,” she said.

“Heart Burn” is the daytime version of Sunmi’s “pporappippam,” the singer‘s fifth digital single released in 2020, which likens the emotions people feel when they are smitten with the purple hue of a sunset.

If “pporappippam” took place in the late afternoon, “Heart Burn” takes place in the daytime, according to Sunmi.

And like the hot weather, the singer said her song is worth listening to at the hottest time, which she thinks is around 1 p.m. to 3 p.m. “My song is pure summer, so I recommend listening to it at this time if you wish to revel in summer energy. It’s also a piece of music about a lovesick woman.”

Sunmi is once again listed as a songwriter and composer for this release, having penned “Childhood.” Saying that she wanted to broaden her musical horizon, the musician described the song as “a track about puppy love.”

“It‘s a song with a tune and melody that triggers feelings that matches the emotions felt in the past. It’s about the feelings of the ‘dawn of love’ we‘ve all gone through before,” she added.

When asked why she only wrote the sidetrack, Sunmi was surprised, “I wanted to see how other producers perceived me.”

“I’ve been wondering how other people would musically define me, and I was lucky enough to be able to sing this song. I‘m not a singer who’s going to quit after one or two years; I want to push the envelope,” the singer said.

Fans should listen out for the singer‘s musical transformation. Known for her mind-blowing performances and as a singer who has established her own unique style, Sunmi has once again brought a wealth of entertainment to enjoy.

The musician teased a snippet of her upcoming choreography during the event. Items such as fans and rubber bands will be used as stage props when dancing to convey the lyrics.

Sunmi also expressed her feelings about meeting fans in person during her upcoming events to promote the release.

“I heard chanting and shouting is allowed now, unlike two years ago. I’m already beyond thrilled that I can perform for my fans in person. I can already feel their voices.”