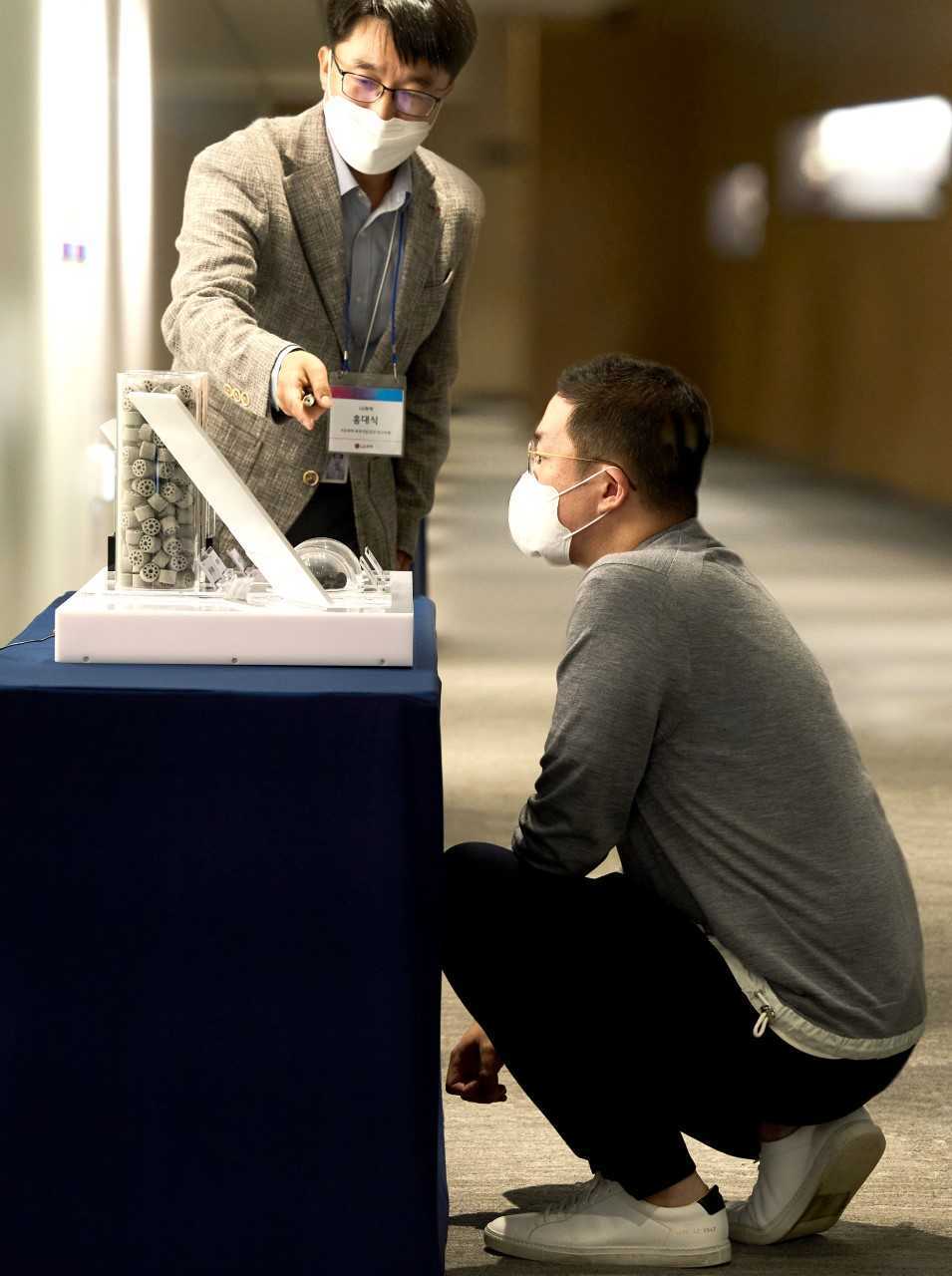 LG Corp., the holding unit, said Wednesday that LG Group plans to inject 2 trillion won ($1.55 billion) in the next five years into the fields of bio materials, batteries and plastic recycling and other carbon neutral technologies.

The new clean tech push comes as Chairman Koo Kwang-mo marked his fourth anniversary at the helm of the nation’s fourth-largest conglomerate. Koo, then 40, took office as chairman and CEO of LG Corp. on June 29, 2018, following the death of his father, Chairman Koo Bon-moo.

The LG chief has presided over a series of meetings since May to review business strategy across all affiliates.

LG said it would seek a paradigm shift of its existing petrochemicals business into an eco-friendly and value-added clean tech business that also meets the growing calls for more socially responsible, carbon neutral management.

Considering its technological prowess in the fields of petrochemicals and electric batteries, the group said, its new investment into eco-friendly areas would create new business opportunities in the burgeoning clean tech market.

LG added it especially pins high hopes on the European market where environmental regulations are being toughened to better control carbon emissions throughout the whole product cycle from production to distribution to recycling.

“It is important to secure an earlier edge in the fields where we can innovate our client experience,” Chairman Koo said Tuesday upon his visit to LG Chem’s research center in Magok-dong, western Seoul. “Under a clear goal, we should execute investment plans that can outpace our rivals.”

As part of the 2 trillion won investment plans, LG Chem plans to build a new plant to produce polylactic acid, a degradable plastic made from corn, in the US by 2025 in a joint venture with American food processing company ADM. The firm is also adding facilities to its Korean plant to produce bio materials and degradable polymers.

As for battery recycling, LG Energy Solution and LG Chem acquired a 2.6 percent stake in Li-Cycle, a US battery recycling specialist, in December last year in a deal worth 60 billion won, under which the Korean firms are supplied with recycled nickel for battery for the next 10 years.

LG said it will continue to bolster ties with global partners in the fast-growing clean tech industry through diverse ways, including mergers and acquisitions and stake purchases.