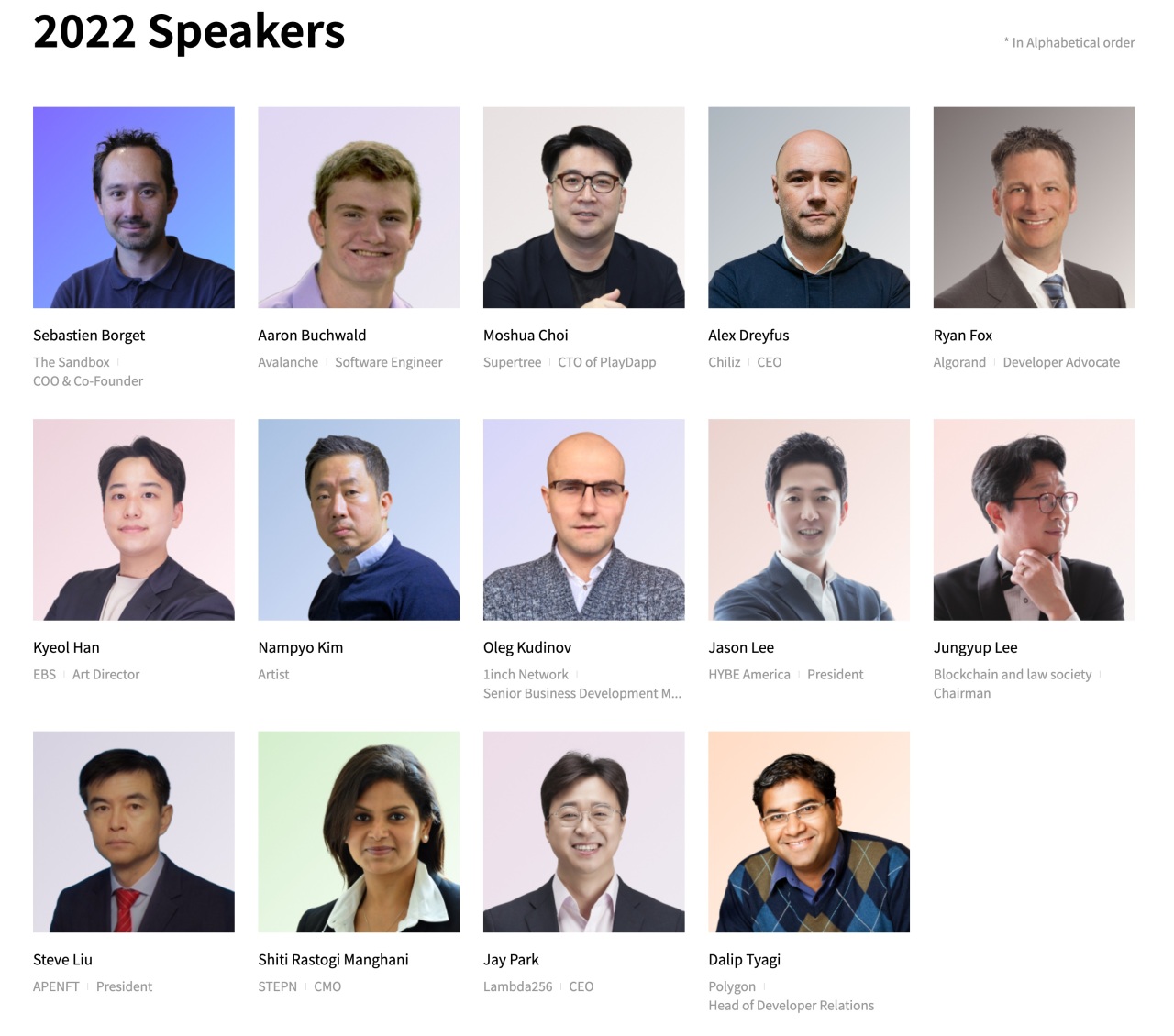 A list of speakers for Dunamu's Upbit Developer Conference (Dunamu)
Dunamu, operator of popular crypto exchange Upbit, said that experts representing the latest blockchain trends such as non-fungible tokens and metaverse gaming will attend its annual developers’ conference as speakers.

The Upbit Developer Conference 2022 will be held for two days from Sept. 22 at the Busan Port International Exhibition and Convention Center under the theme “Imagine Your Blockchain Life.”

“The world’s top experts who lead blockchain trends and future digital innovation will share diverse insight on blockchain technology at the UDC. It will be a good opportunity to explore the infinite possibilities of blockchain as the next-generation growth engine,” a Dunamu official said.

The UDC has been held annually since 2018. More than 15,100 participants and 617 companies have attended the UDC over the last four years.