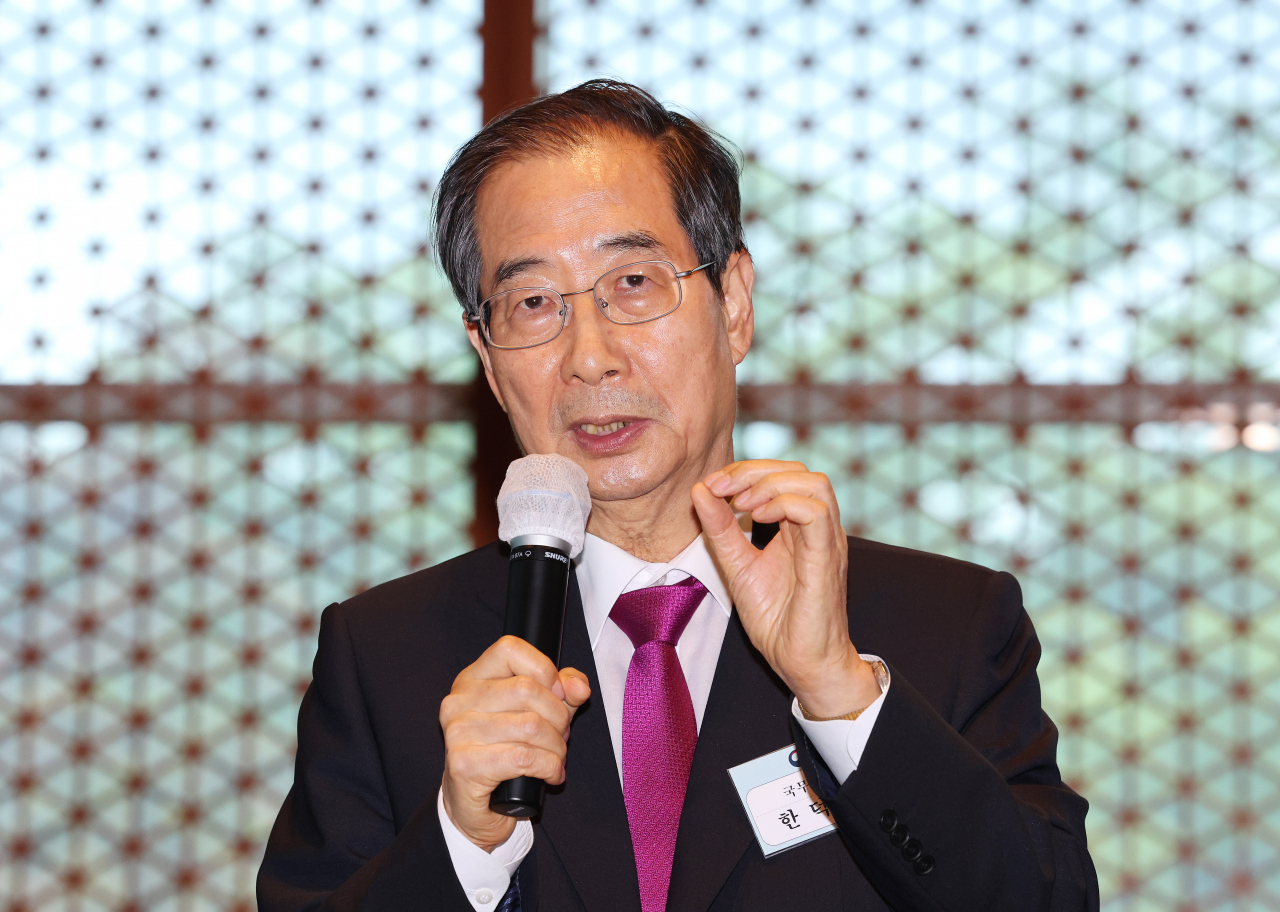 Prime Minister Han Duck-soo speaks at a meeting with reporters on Tuesday. (Yonhap)

SEJONG, -- Prime Minister Han Duck-soo has said it would be a lack of courtesy for China to take issue with President Yoon Suk-yeol taking part in a summit of the North Atlantic Treaty Organization (NATO).

Han made the remarks during a dinner meeting with reporters Tuesday as Yoon was in Madrid to attend the NATO summit. South Korea is not a member of NATO but was invited to the summit along with Japan, Australia and New Zealand as the organization's Asia-Pacific partners.

"If it is necessary for our security, we should go," Han said. "It would be a lack of courtesy for China to say do it or don't do it. It is not in line with mutual respect."

Kirby replied that, "China doesn't get a veto on what meetings the South Koreans attend and associate themselves with. And this isn't about an Asian version of NATO."

Yoon has criticized former President Moon Jae-in for giving the impression that South Korea was tilting toward China.

Perceptions that the Yoon government's stance on China have raised concerns that Beijing could retaliate against South Korea -- as it did when the US deployed the THAAD anti-missile system to South Korea in 2017.

Asked whether South Korea would maintain its diplomatic stance even if China takes retaliatory measures shown in 2017, Han replied, "Of course."

"If China is dissatisfied and says that it will take economically unfavorable actions when we seek to pursue the values that the world respects, it should be said that it is not the right thing to do," Han said. (Yonhap)