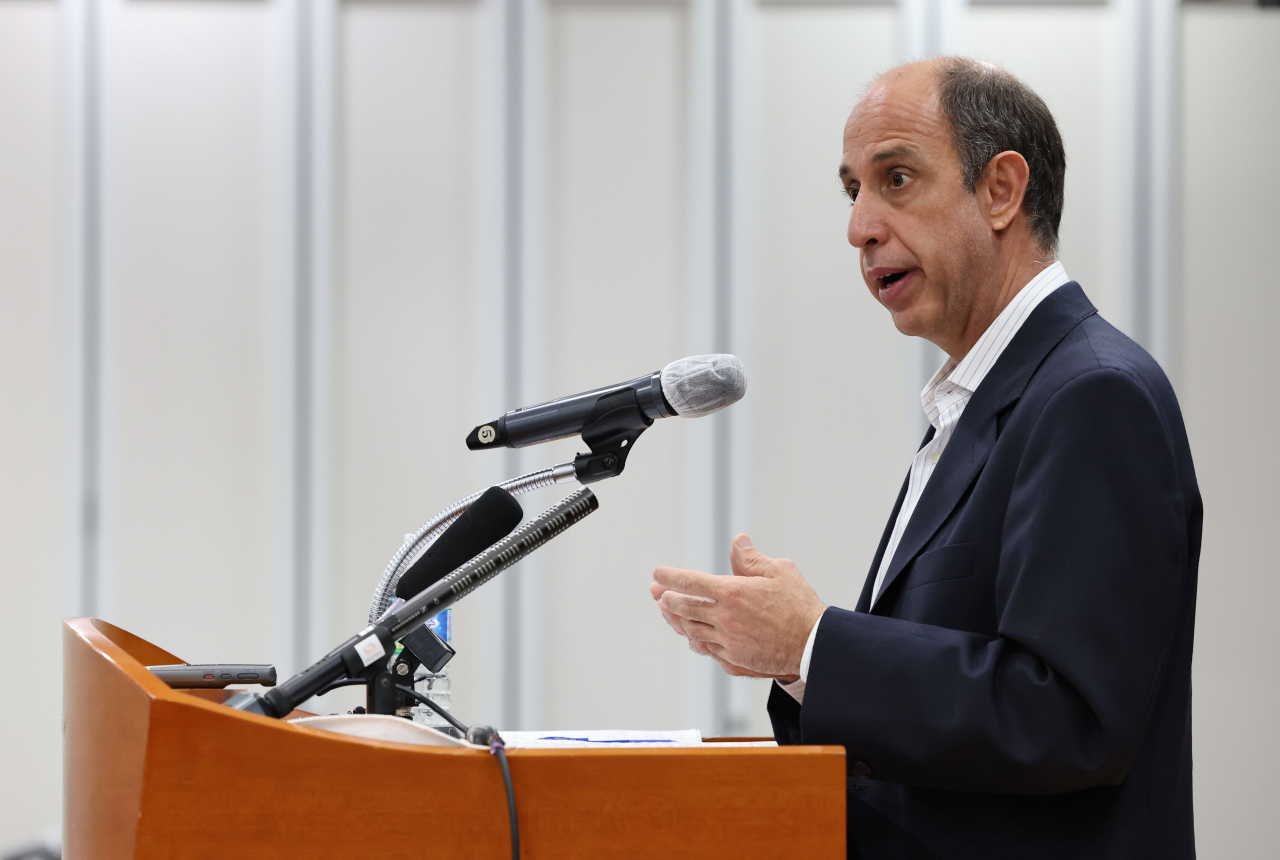 The outgoing UN special rapporteur on North Korea's human rights situation made clear Wednesday that North Korea is responsible for the killing of a South Korean fisheries official in 2020 and stressed that the bereaved family has the right to know details of how the death occurred.

"I have said that the government of North Korea is responsible for violating the right and killing this fisheries official," Tomas Ojea Quintana said in a press conference in central Seoul. "It is the responsibility of the government of North Korea to disclose information about what happened to him, to punish those who shot him in the sea and to provide reparations to the family."

The man was shot and killed by North Korea's border guard near the western sea border in September 2020, with the secretive state's strict measures in place to stave off the spread of COVID-19.

"This case is an example of the kind of draconian laws implemented in North Korea in the context of the COVID-19 restrictions where someone could be shot in these circumstances," Quintana added.

The incident has drawn keen attention again since South Korea's Coast Guard and the defense ministry earlier this month overturned their announcement made under the previous Moon Jae-in administration that he was killed while presumably attempting to defect to the North. Critics, however, accused the government of having attempted to play down the incident in a bid not to antagonize Pyongyang.

The UN rapporteur, who arrived in South Korea Monday for a three-day trip, met with the brother of the late official the previous day.

His latest visit here will likely be his last as special rapporteur, with his six-year term ending in August. (Yonhap)