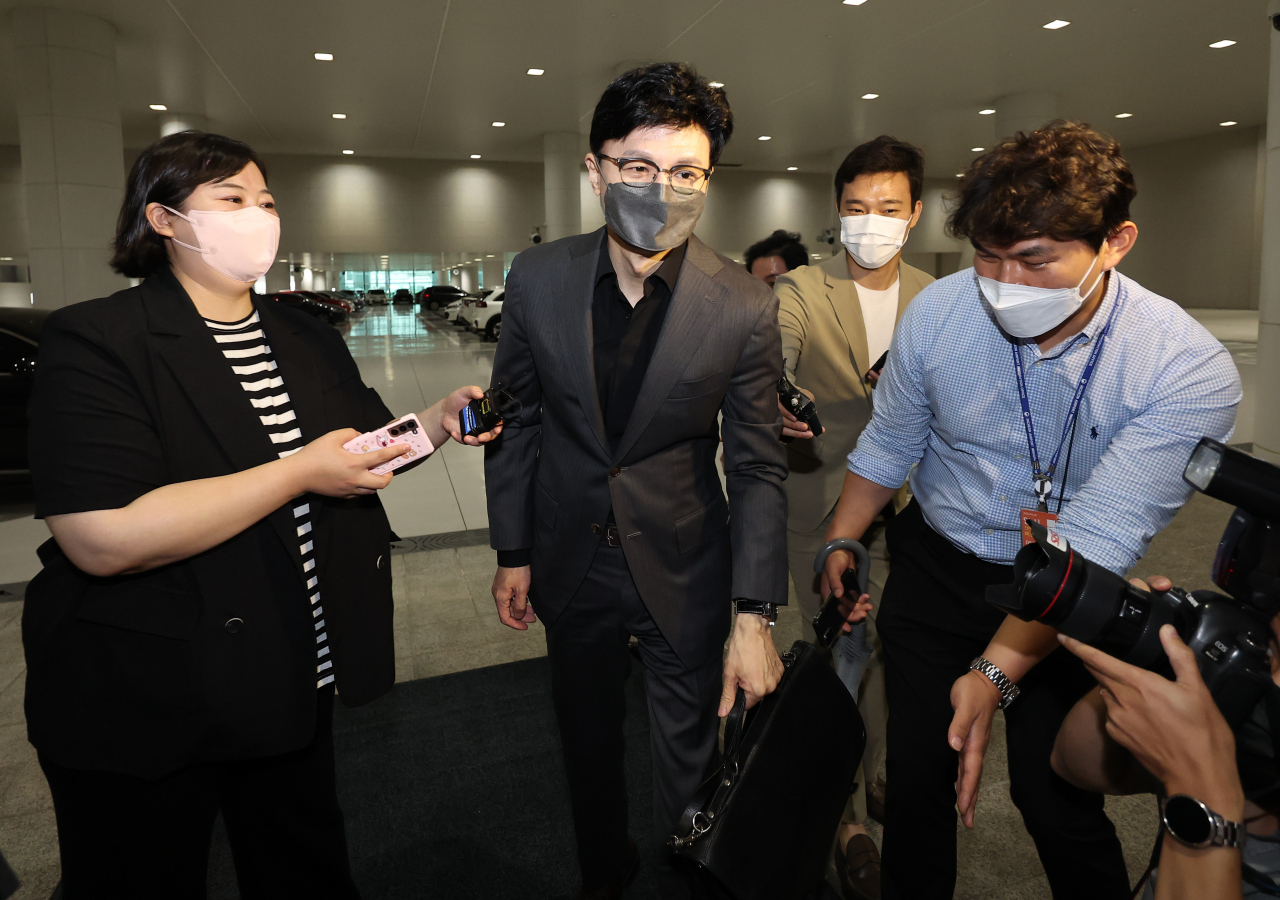 Justice Minister Han Dong-hoon arrives at Incheon International Airport on Wednesday, to depart to the United States for a nine-day visit. (Yonhap)

Justice Minister Han Dong-hoon was to depart for the United States on Wednesday for a nine-day visit that includes a meeting with the director of the Federal Bureau of Investigation (FBI), officials said.

Upon arrival in Washington, Han will hold meetings with two of the World Bank's vice presidents to discuss anti-cybercrime cooperation. On Thursday, he is scheduled to meet with FBI Director Christopher Wray to discuss cooperation in personnel vetting and investigation.

The trip also includes a stop in New York where Han plans to visit the UN headquarters Tuesday next week to discuss anti-corruption cooperation with a UN under-secretary-general.

He will return home on July 7.