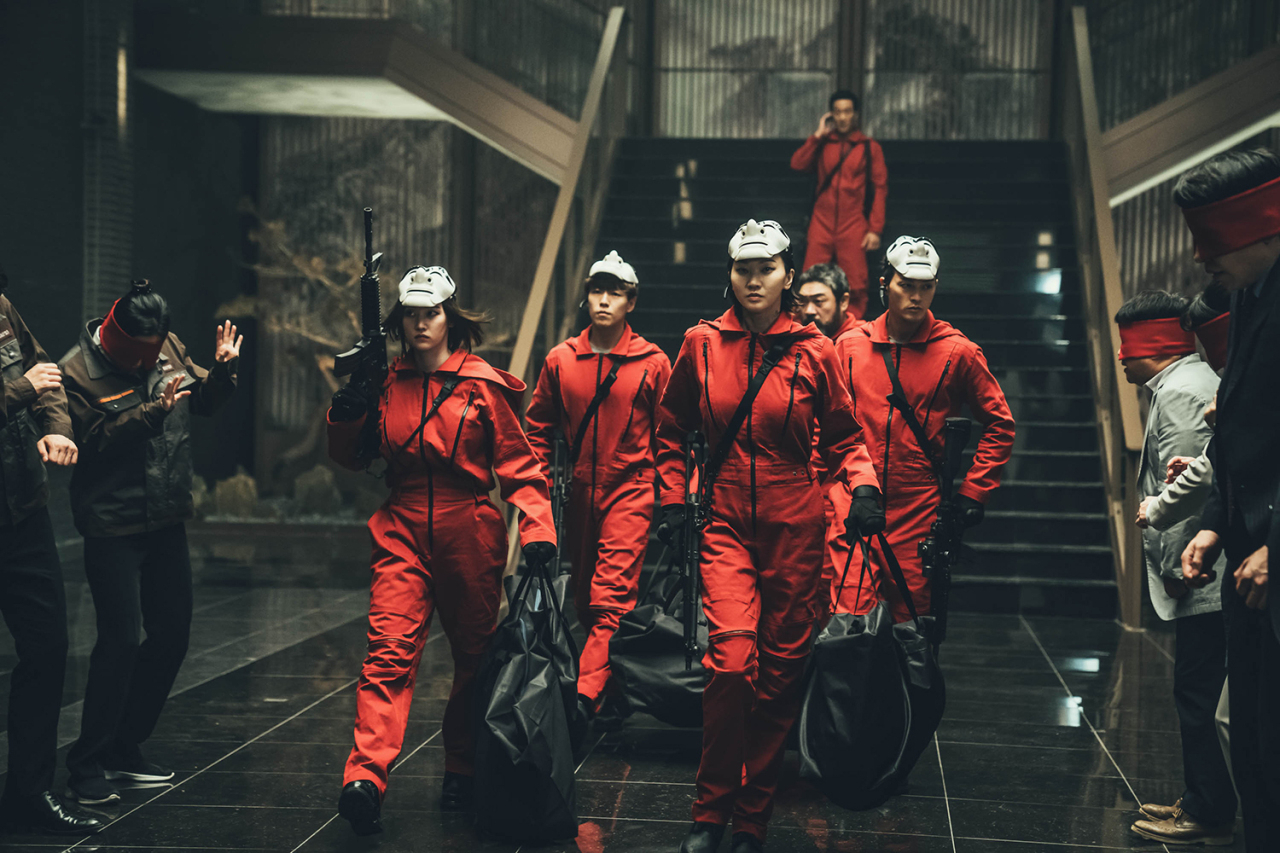 According to data released by streaming analytics company FlixPatrol on Tuesday (US time), the Korean remake of the streamer's smash-hit series "Money Heist" placed second on its daily global chart for TV programs on Netflix, four days after it was released.

The ranking was up one notch from third place on Sunday.

By country, it was the most popular TV show in 16 countries, including South Korea, Brazil, the Dominican Republic, Jamaica, Maldives, Morocco, Nigeria, Peru, the Philippines, Singapore, Taiwan, Thailand and Vietnam.

It ranked second in 13 countries, including Japan, the Bahamas, Ecuador, Kenya, Oman, Portugal, Qatar, Saudi Arabia and Venezuela, and third in nine countries, such as Italy, Colombia, Bahrain, Hungary, Honduras, Jordan and Kuwait. The show came fifth in Spain, where the original was made.

Set on the Korean Peninsula, where the two Koreas establish a joint economic area (JEA) as a first step toward unification, a group of thieves from the South and the North overtake the mint at the JEA, and the police of the two Koreas join hands to stop them. It stars Yoo Ji-tae, Kim Yun-jin, Park Hae-soo and Jun Jong-seo.

Besides it, two more Korean dramas were on the top 10 TV show list. "Ghost Doctor," starring Jung Ji-hoon and Kim Beom, and "Alchemy of Souls," starring Lee Jae-wook and Jung So-min, both tvN dramas, ranked at No. 6 and No. 10, respectively. (Yonhap)