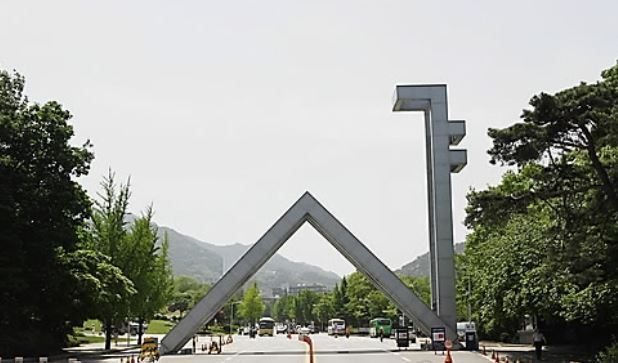 Pictured is the main entrance of Seoul National University. (Photo courtesy of SNU-Yonhap)

The Institute of Electrical and Electronics Engineers (IEEE), the world's largest technical professional organization, said Wednesday it has launched an investigation into a South Korean research paper accused of plagiarizing multiple papers published in the past.

The move came just days after a research team led by Yoon Sung-roh, a professor at the department of electrical and computer engineering at Seoul National University, admitted to engaging in plagiarism when producing the paper recognized as an outstanding thesis at the 2022 Conference on Computer Vision and Pattern Recognition (CVPR) that ended in New Orleans last week.

"IEEE is dedicated to publishing high quality papers. IEEE is aware of the concerns regarding this paper, and the matter is currently under investigation," Francine Tardo, spokesperson of the engineers' association, said in an email to Yonhap News Agency.

CVPR said it has referred the paper to the IEEE for an official investigation.

SNU has also launched a separate investigation into the matter. The son of Science Minister Lee Jong-ho is one of the co-authors of the paper. (Yonhap)