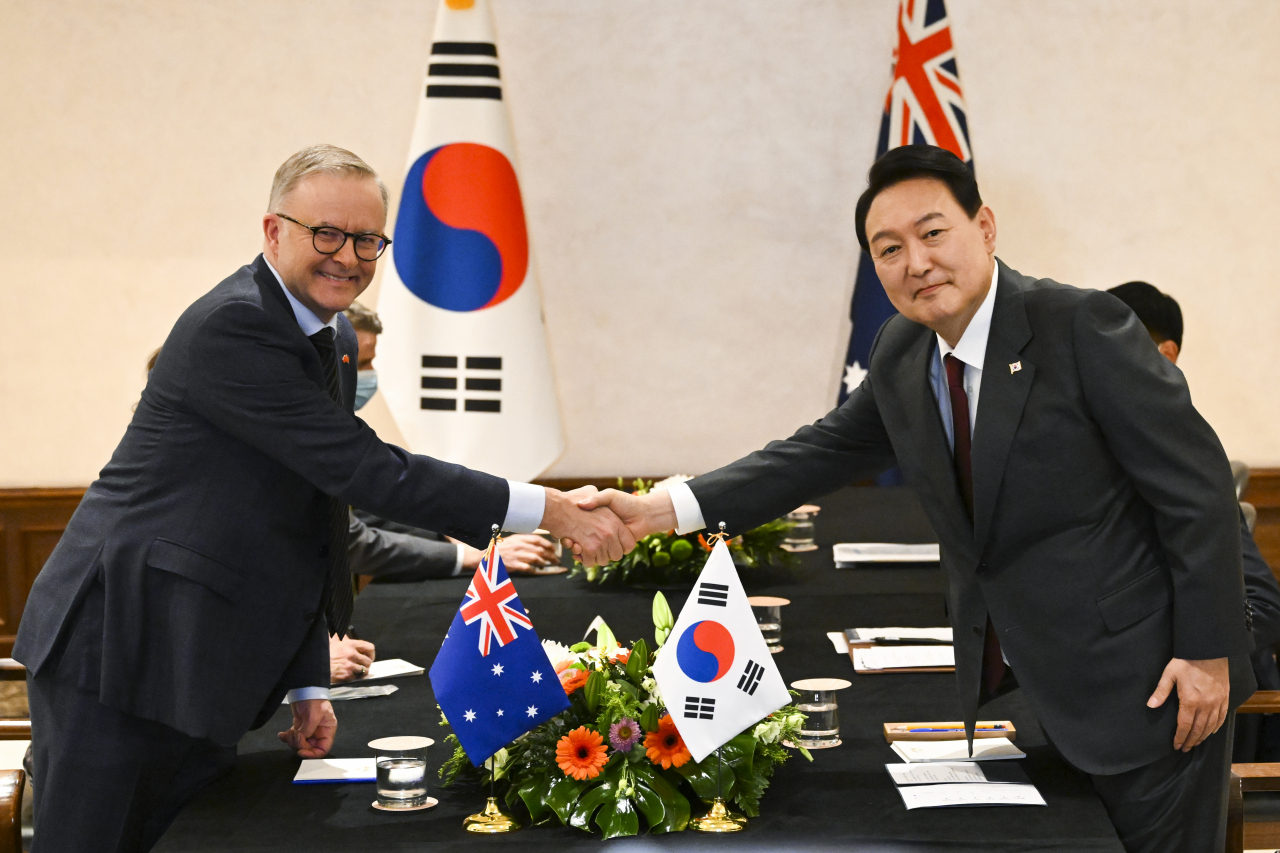 South Korean President Yoon Suk-yeol (R) poses for a photo with Australian Prime Minister Anthony Albanese as they meet on the sidelines of the North Atlantic Treaty Organization summit in Madrid on Tuesday. (Yonhap)

Yoon and Albanese held a bilateral meeting on the sidelines of the North Atlantic Treaty Organization (NATO) summit scheduled for Wednesday in the Spanish capital.

The two leaders' participation in the NATO summit demonstrates South Korea's and Australia's shared principles that include defending democratic values, respecting the sovereignty of all nations and ruling out the use of military force, Yoon's office said in a press release.

South Korea and Australia are not members of the military alliance but were invited to the summit as Asia-Pacific partner nations.

"The two countries hope to cooperate closely based on the values of democracy, human rights and a market economy," the presidential office said.

Albanese also stressed the centrality of the Association of Southeast Asian Nations (ASEAN), saying he hopes that South Korea and Australia will strengthen cooperation with ASEAN and participate actively in regional issues, thereby contributing to freedom, peace and prosperity in the Asia-Pacific.

Yoon concurred with the prime minister's suggestion, according to his office.

In particular, Yoon expressed hope for South Korean businesses' participation in the green hydrogen sector, where Australia is a strong player.

The two leaders discussed North Korea's nuclear weapons program, with Australia promising to continue its strong and strict enforcement of sanctions on the regime and reaffirming its support for denuclearization of North Korea and policies to establish peace on the Korean Peninsula.

Both sides also invited each other to their respective countries and agreed to meet frequently to work together and achieve many positive results, the presidential office said. (Yonhap)