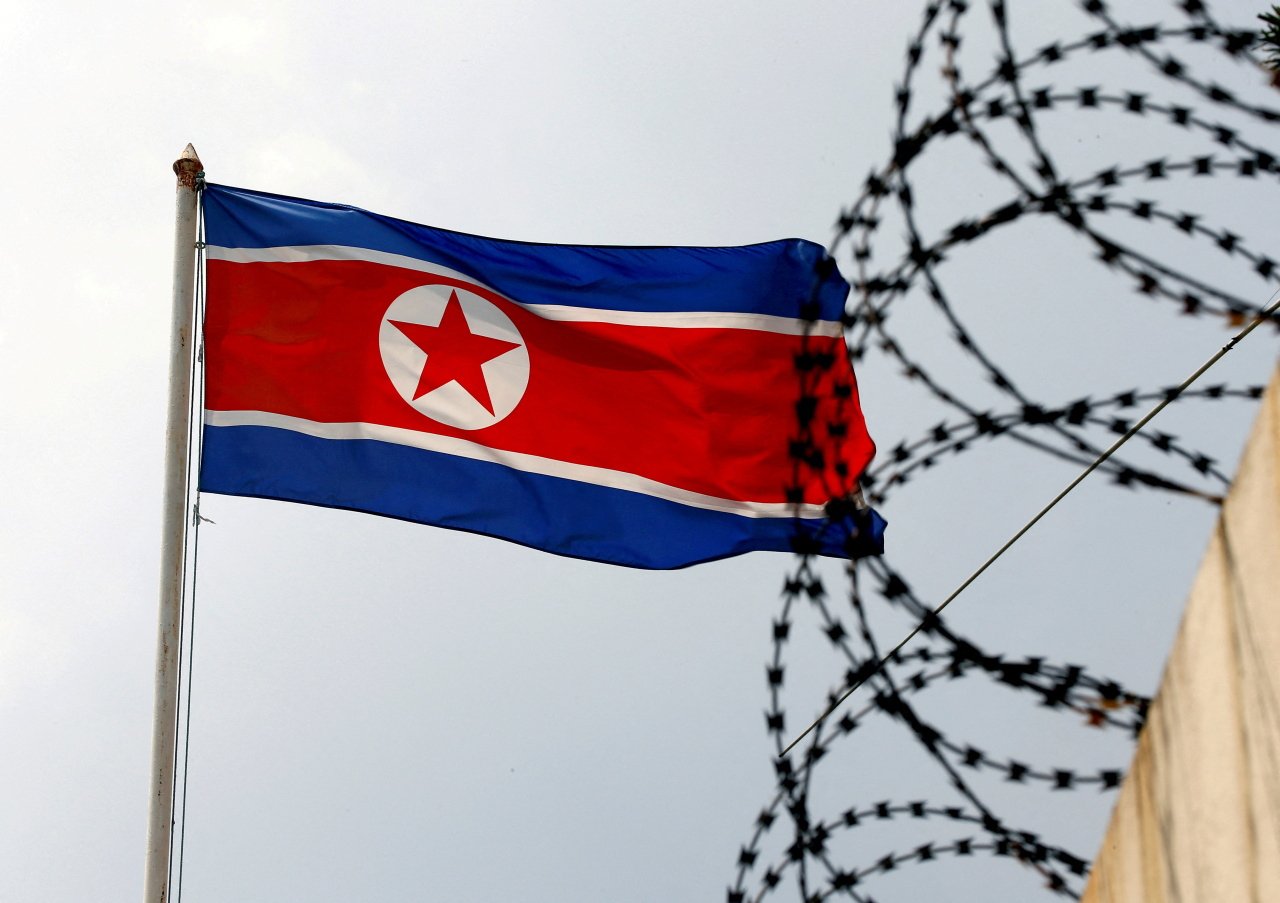 A North Korea flag flutters next to concertina wire at the North Korean embassy in Kuala Lumpur, Malaysia March 9, 2017. (Reuters-Yonhap)
North Korea on Tuesday slammed Japan for raising the issue of abducted Japanese nationals that it maintains has been resolved and accused Tokyo and Washington of making false charges to apply political pressure on the regime.

Pyongyang’s Foreign Ministry issued a document accusing Japan of holding an “anti-North Korea” teleconference with the United States, Australia and the European Union as part of a UN session on June 16.

“Japan is conspiring with the US to make the abduction issue a humanitarian problem with impure intentions to undermine our republic and isolate the regime from the international community,” the document read.

The Japanese government insists that 17 Japanese citizens were taken by Pyongyang from 1977 to 1983.

“Japan illegally occupied our country for some 40 years and committed crimes against humanity, abducting tens of thousands of Joseon people, but completely turning a blind eye (to its faults),” the statement said. Joseon, the last dynasty of Korea, was annexed by Japan in the first half of the 20th century, and North Korea’s official name in the Korean language is the Democratic People’s Republic of Joseon.

The North slammed the US as being the “world boss” in human rights violations, and also warned Australia and the EU that they will only embarrass themselves for siding with Japan without knowing the truth.

“The abduction issue has already been settled with our sincere efforts, and it is our unchanging stance that it does not exist anymore,” the ministry said, adding that Japan and the US should be held accountable for their lies.