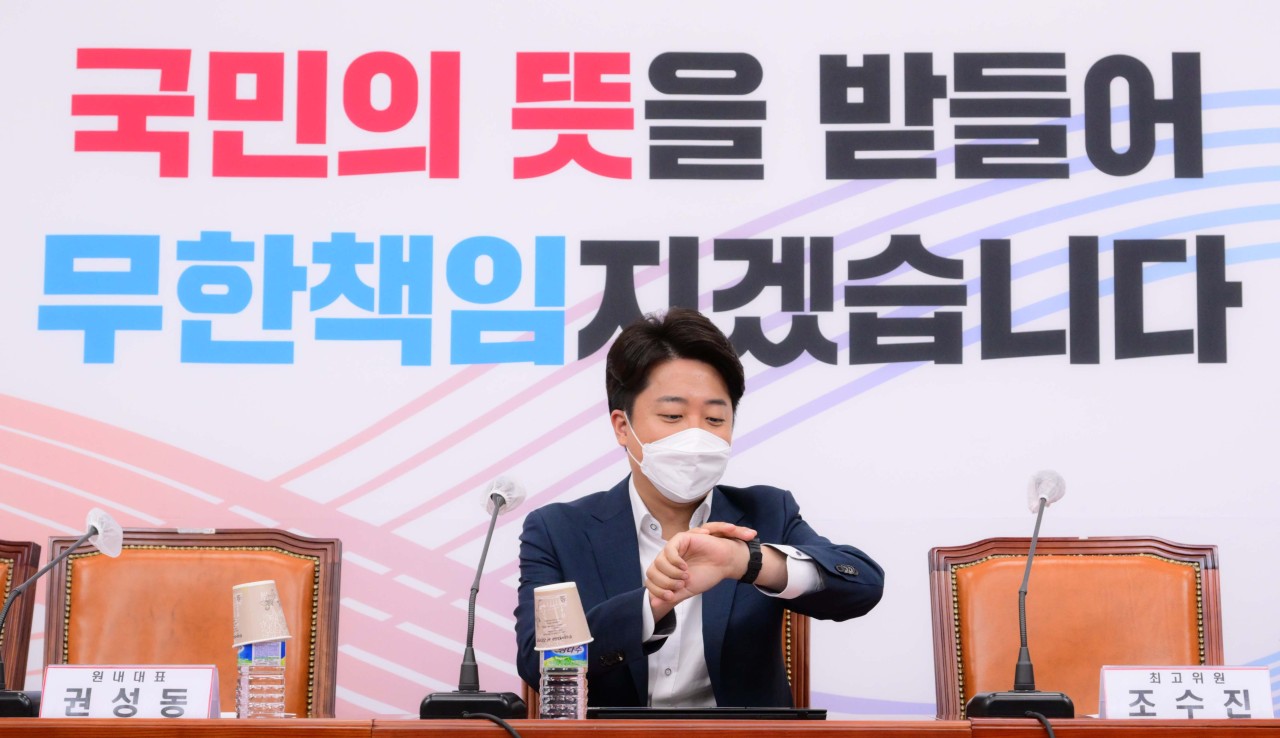 The Seoul Metropolitan Police Agency said Tuesday it is planning to summon Kim Sung-jin, CEO of tech company I-kaist, for questioning this Thursday as a part of its ongoing investigation on Lee charged with sexual bribery allegations.

The police investigation on Lee started after an unidentified informant leaked information claiming that Lee received sexual favors as well as bribes worth 11.5 million won ($9,000) from Kim at a hotel in Daejeon in 2013, prompting civic groups to report Lee to the ethics panel.

Lee was then serving as a member of the emergency steering committee for the Grand National Party, the predecessor of the People Power Party.

The police will question Kim at the Seoul Detention Center, as Kim was already put behind bars in 2017 after being sentenced to 11 years in prison for falsifying official documents and unlawfully claiming 24 billion won in corporate funds.

The questioning is taking place just a week before the scheduled sentencing date for the People Power Party’s internal ethics panel, which has been reviewing to possibly penalize Lee for “failing to maintain dignity” and “coercing to destroy evidence” in relation to the sexual bribery case.

The panel decided last week to begin the process of reprimanding a key aide of Lee over allegations that he met with the unidentified informant earlier this year and attempted to silence him by offering a promise of investment.

The move was widely seen as a precursor for the panel to reach a decision to penalize Lee at the next meeting on July 7.

Lee has denied all allegations raised against him, saying he voluntarily submitted documents and a statement to claim his innocence to the police when the case was opened in January. He accused the ethics panel of abusing its power to make a political decision.

The decision from the ethics panel, if severe enough, is seen to possibly start fierce infighting among party members over who should take the steering wheel of the ruling bloc instead of Lee.

The party has already seen an internal dispute grow after it won a landslide victory in the local elections, as many began calling for Lee to step down to let a new leader take his place and work jointly with the Yoon Suk-yeol administration.

Tension has risen between Lee and those classified as close aides of Yoon since then. It escalated quickly with Lee’s announcement to launch a special committee to overhaul nomination guidelines for the next general elections in 2024.

The party has already seen the divide grow among its members. Party heavyweights have started forming their own circles as official “study groups” to grow their influence.

Another study group was launched under the lead of Rep. Chang Je-won, a close aide of Yoon. Around 50 People Power Party legislators joined Chang’s study group meeting held Monday. Rep. Ahn Cheol-soo, who is widely picked to try for the next party chairman race and succeed Lee, was present at the meeting as well.