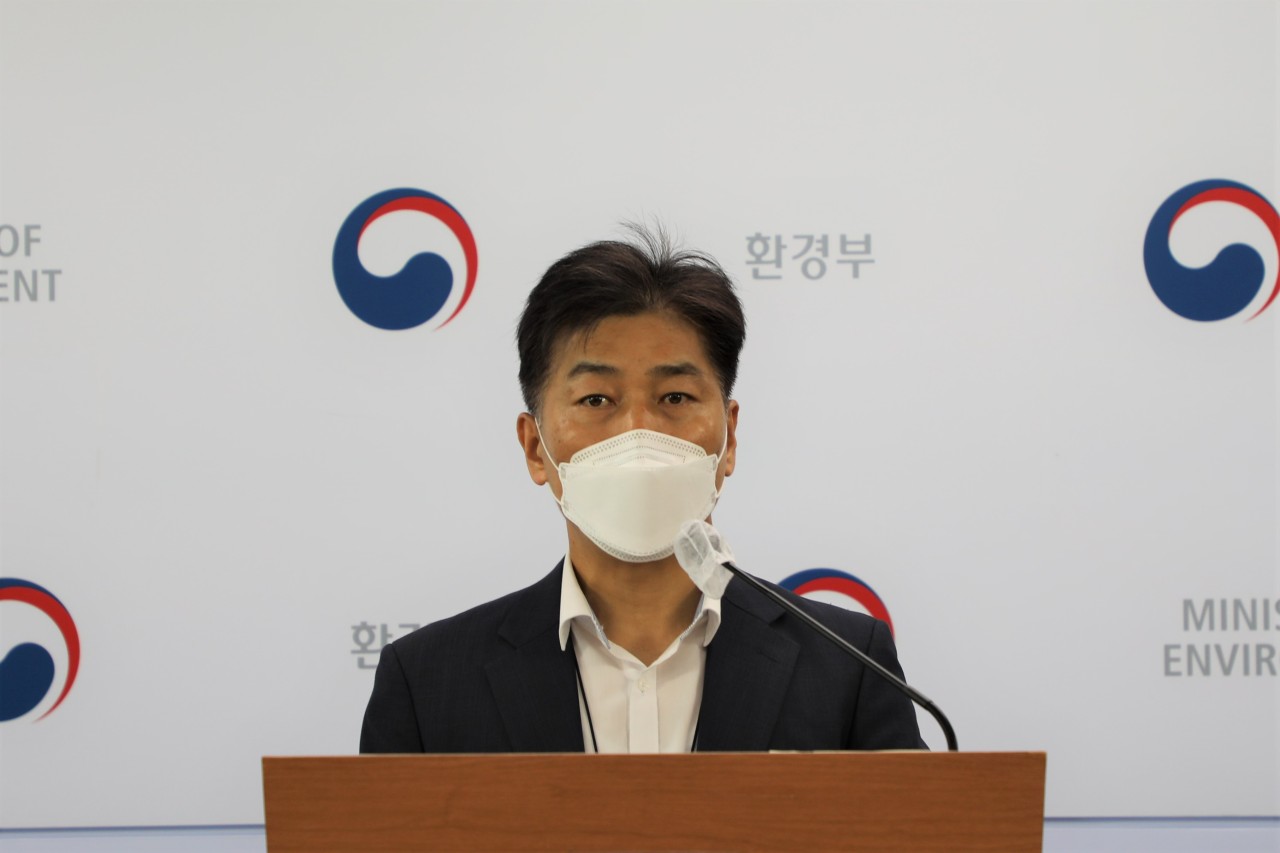 Seo Heung-won, head of the Greenhouse Gas Inventory and Research Center said at a briefing held at the government complex in Sejong, Tuesday.
Korea‘s greenhouse gas emissions in 2021 were tentatively tracked to be at about 679 million tons, marking a 3.5 percent increase from the year before.

The Greenhouse Gas Inventory and Research Center under the Ministry of Environment released the tentative numbers of greenhouse gas emissions from last year.

Korea saw 679 million tons of greenhouse gas emissions in 2021, marking a 3.5 percent rebound from the year before.

The energy sector took up 86.9 percent of the total greenhouse gas emission, followed by industrial production at 7.5 percent, agriculture at 3.1 percent and waste disposal at 2.5 percent.

The center said the rebound is due to most industries getting back on their feet after halting activities amid the pandemic, adding that the increase is a global trend.

According to the ministry, Korea’s increase was significantly lower than the global average, which stood at 5.7 percent. The US showed a 6.2 percent increase, the EU, 7 percent and China, 4.8 percent.

Also, the emission rate per Gross Domestic Product in Korea – which rates the efficiency of industries -- has been improving over the past years, marking 365 tons in 2021.

Though the increase has been more gradual than in other countries, Korea still has to cut down heavily on carbon emissions to comply with the Nationally Determined Contributions goal. Korea has officially committed to reducing national carbon emissions by 40 percent of that of 2018 by 2030.

The ministry predicted that energy consumption will continue to rise as more industries are set for recovery this year.

“With industries returning to normalcy in 2021 after the COVID-19 pandemic, energy consumption has gone up across the world. Korea has also seen an increase in energy output, industrial production and consumption of fuel for transportation,” Seo Heung-won, head of the Greenhouse Gas Inventory and Research Center said at a briefing held at the government complex in Sejong, Tuesday.