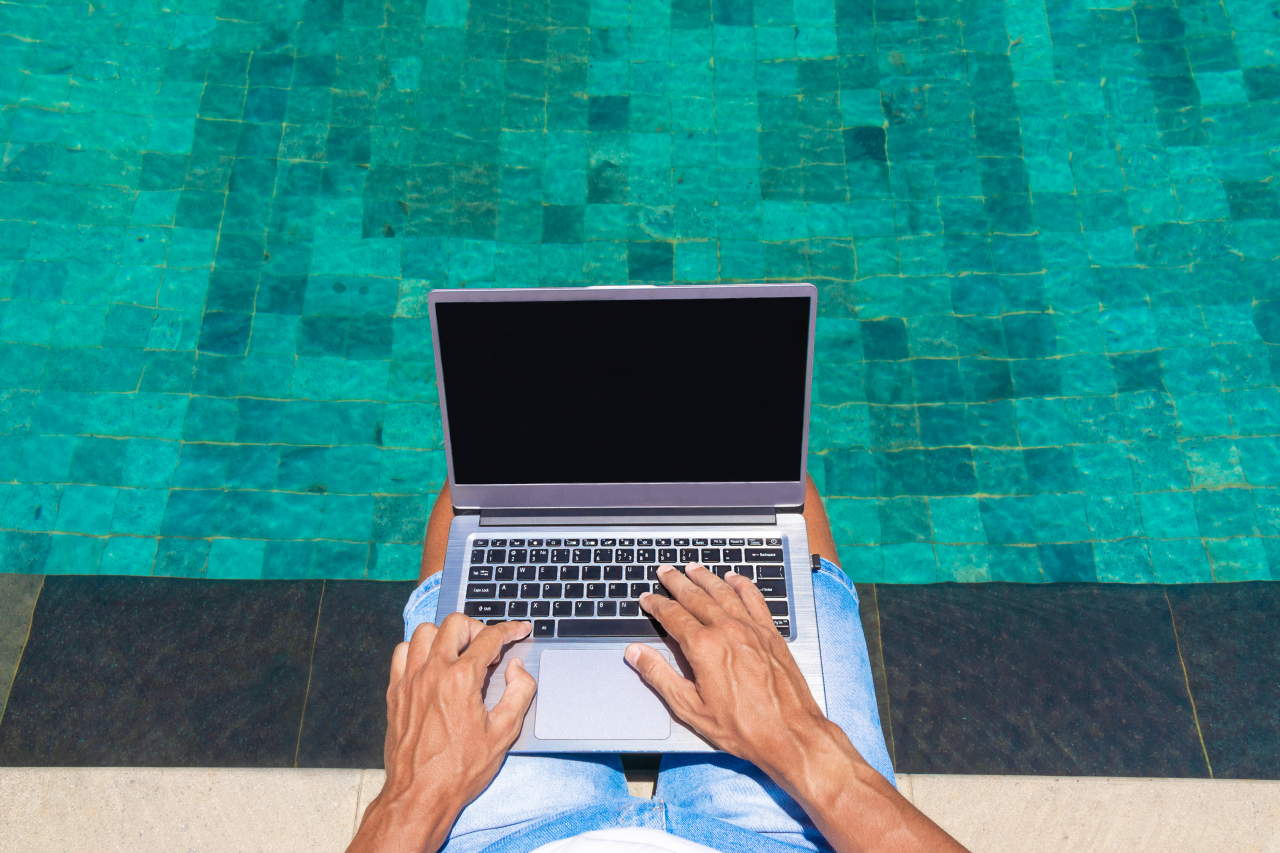 123rf
From a four-day workweek to work-from-anywhere arrangements, also known as “workcations,” Korea’s big tech firms are riding on the global wave of workplace reforms toward extreme flexibility and better work-life balance for employees.

The highly-enviable four-day working week experiment is to take place at Kakao.

Starting from July, employees get every other Friday off. This is on top of the fully-remote work and flexible-hour system announced late last month.

“As a result of experiencing remote work for the past two years, I concluded that ‘connection’ is more valuable for working than a physical space,” Kakao CEO Namkoong Whon said.

Staff are allowed to work remotely from their desired location and clock in and out at their preferred time, but with conditions attached: Kakao recommends its employees hold a team meeting in person once a week and stay connected through a voice communication system between 2-5 p.m.

When it comes to remote work, Line Plus, the global arm of messaging app firm Line Corp., goes a step further: It supports employees working overseas as long as their location is within a time difference of fewer than four hours based on Korean time.

Employees could choose to work in Japan, Taiwan, Thailand and Indonesia, which are Line’s main markets, as well as Singapore, Malaysia, Vietnam, Maldives, Guam, New Zealand, Saipan, and Australia.

“Line employees, who are creating services for 200 million users around the world, are expected to work in various global environments, gain new experiences and improve work efficiency through refreshing environments,” the firm said, announcing the plan last week.

At Naver, July also means the start of a hybrid working system, which allows employees to choose between either working fully remotely or working three or more days a week in the office. The types of work arrangement can be switched once every six months.

The firm has also introduced a workcation arrangement – a working vacation that blends leisure and productive time. It said it would support 10 employees each week to have a workcation of up to five days in Tokyo or Chuncheon in Gangwon Province.

IT firms and startups have always been quick to change, introducing innovative workplace cultures and amazing perks.

However, many ordinary workers -- who have experienced a bit of remote work during the pandemic and have now returned to pre-pandemic, full-time office life -- feel a deeper sense of relative deprivation when hearing about these arrangements.

In July last year, the legal 52-hour workweek for major corporations in Korea was expanded to small workplaces with as few as five employees.

“Those companies have sufficient capacity to support remote work. They have the infrastructure. They have a strong cash flow,” said a human resource officer at a Korean unit of a US cable TV network surnamed Yim.

But for small companies like the one Yim works for, executives want workers to come back to the office while employees -- especially juniors -- prefer to work from home, she said.

The bold steps taken by big tech firms appear to be stemming from the shortage of software developers, which has sparked fierce competition among IT firms to lure talent.

As the COVID-19 pandemic has accelerated the digitalization of every aspect of life, the demand for software developers has snowballed.

The average annual salary for entry-level software developers is approximately 35 million won ($26,830), but they can get a big pay raise – as much as 100 million won and up -- depending on their performance.

The number of graduates of IT-related majors such as computer engineering and software departments at the top 15 universities in Korea is 3,300 a year.

Given that there are about 1,000 IT companies located in Pangyo, dubbed the Silicon Valley of Korea, each company can hire only three graduates per year.

It is not only IT companies that are looking for top tech talent.

The shortage of IT developers is a trend that extends to all industries, including the finance, retail and auto sectors. Companies like Hyundai Motor and KB Kookmin Bank are also on a hiring spree for IT staff.

Pay raises by top IT firms have had a ripple effect on the overall IT staffing market. Workers can compare different companies and see which have better pay packages, a software engineer at a fintech firm said.

“It seems that the average developer salary has risen by between 10 million won and 20 million won in the past three years,” he said.

According to a survey of 848 companies by recruitment marketplace platform Saramin.co.kr released on July 20, 71.9 percent of companies said that the news of an IT company’s salary increase was burdensome.

About a third (63.7 percent) of the respondents said the widening salary gap between big IT companies and non-IT firms weighed down the latter‘s ability to attract staff. Over half (54.8 percent) said they are concerned that their employees may feel relative deprivation.