[ The Korea Herald – Send E-mail ]
[What should I call you?] No one wants to be called ‘ajumma’
Stigmatization around Korean equivalent to ma’am leaves a large number of Korean women without proper terms of address
By Yoon Min-sik
Published : Jun 28, 2022 - 11:10
Updated : Jun 28, 2022 - 14:24
Honorific titles are tricky in many cultures but can be particularly baffling in South Korea, where things like social status, age, work experience, and even social prejudice can be factored in. This is part two of a series on the many ways to address another person in Korean. – Ed. 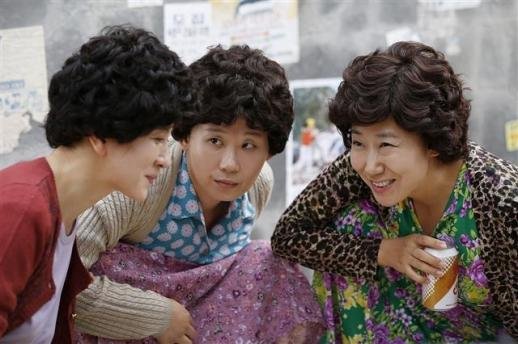 This still cut shows a scene from the 2015 TV series "Reply 1988" featuring three "ajumma" characters. (tvN)
In 2019, Korea Yakult -- the former name of food and beverage company Hy -- announced it was officially changing the title of its female salespersons from “Yakult ajumma” to “Fresh Managers.” The same year, a company in charge of the cleanup operations for Daegu Metro announced that their female cleanup crew should officially be called “hwangyeongsa,” which translates into an “environment manager,” instead of “cheongso ajumma,” or cleaning ajumma.

The two moves are just a few of many cases that show Koreans’ reluctance to use the word “ajumma,” which was originally a casual way of referring to a middle-aged woman among strangers but has grown to incorporate derogatory implications over the years.

Roughly equivalent to madam or ma’am, ajumma is, according to the National Institution of Korean Language, an informal way of saying “ajumeoni,” which has the same meaning with a more respectful implication.

“Calling someone ajumma feels like you are talking down to that person. I myself avoid using it to older women, instead referring to them as ‘imo (aunt),’” said 36-year-old Lee Bo-ra.

Women in Lee’s age group are in a very tricky place in terms of proper honorifics, as being called an ajumma implies that she no longer looks like an “agassi,” a single, young woman.

According to Statistics Korea, as of 2020, the average age of marriage for Korean women was 31.1 and that of giving birth to their first child was 32.3.

Even those who match the dictionary definition of ajumma -- married with children -- would likely feel offended, when called one.

“Whether or not you’re married and have children, it doesn’t really matter. Being called an ajumma means your life as agassi has ended and you are in a territory of unattractive middle-aged women,” said Min Yu-ri, a 47-year-old mother living in a southern suburb of Seoul. 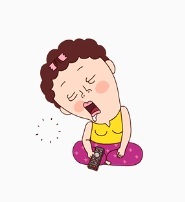 This KakaoTalk emoticon character has been created off the streotypical image of an ajumma with short, permed hair and colorful clothing. (Kakao)
In fact, ajumma is strongly associated with the stereotypical image and behavior patterns that are widely mocked in Korean society. For some, the word evokes an image of a woman with short, tightly permed hair and a tendency to wear colorful clothes and a sun visor whenever outdoors. Ajumma are also seen as aggressive and self-centered at times, like pushing people out of their way to get an empty seat on the subway. Their perceived lack of femininity has led to the nickname, “a third gender.”

How ajumma has become a subject of mockery is a topic widely discussed in women’s studies here. Many experts have said that it has something to do with women’s exclusion from the workforce and the society’s lack of respect for the labor involved in housework and child care. Any purported loss of femininity and lack of manners is a result of having to adapt to the role, or lack thereof, in society, they have said.

In daily conservations, the stigmatization of ajumma has led to various other ways of referring to women in that age group, including counterintuitive terms of address like “imo,” “sanonim,” which is what you would call a workplace superior’s wife, “yeosanim,” a very respectful way of calling a woman and usually used for first ladies, or even “eomeoni,” meaning mother.

Perhaps among the most bizarre ways of addressing a middle-aged woman is “eonni,” which literally means older sister and is often used exclusively by women to refer to women slightly older than them with whom they have a personal relationship with. Some older men have called female servers at restaurants “eonni,” despite them being young enough to be the patrons’ daughters.