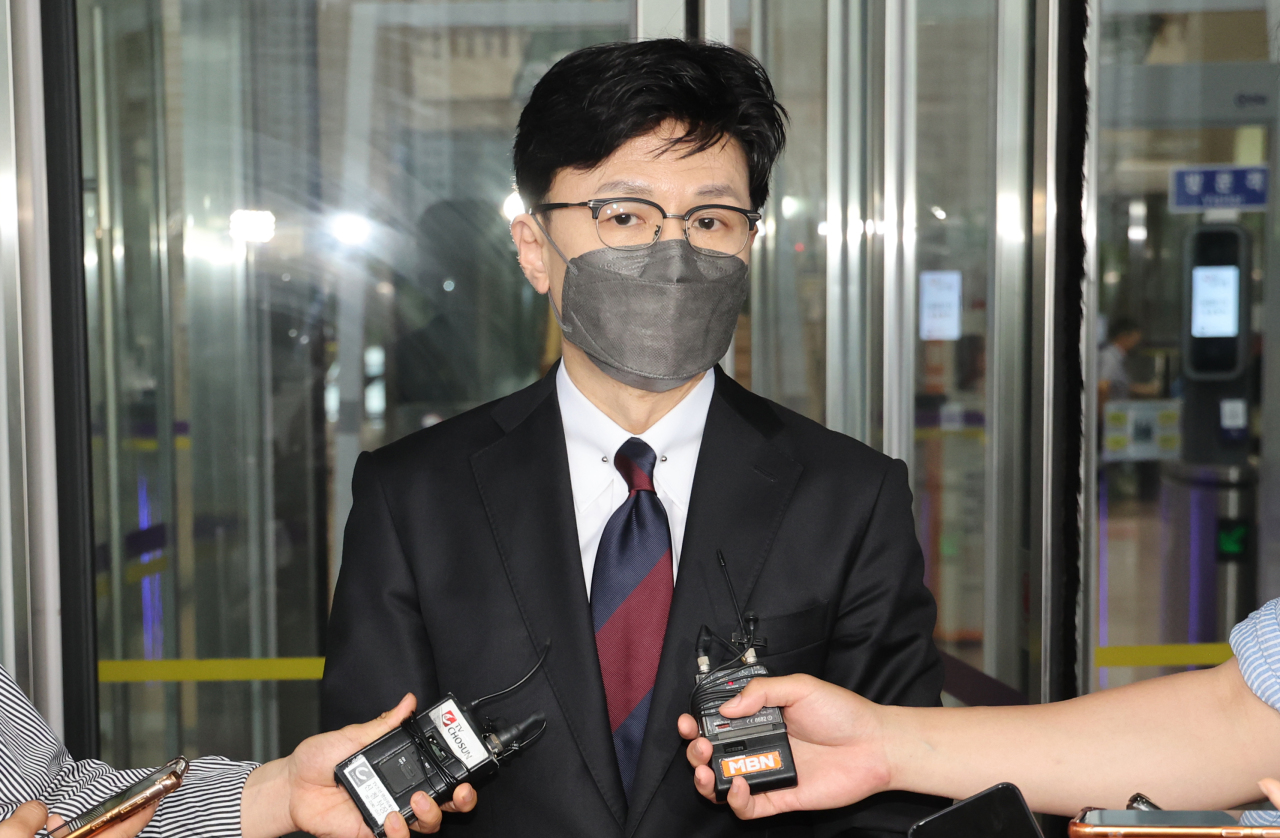 Justice Minister Han Dong-hoon speaks to reporters outside the ministry building in Gwacheon, Gyeonggi Province, on Monday. (Yonhap)
The Ministry of Justice is seeking a constitutionality review of a series of prosecution reform laws passed during the final two weeks of the previous Moon Jae-in administration.

In a press release, the ministry said it has asked the Constitutional Court to determine whether it was within the jurisdiction of the National Assembly to restrict the functions delegated to the prosecution by the Constitution. Also to be assessed is whether in the process of the bills’ passage, the legislative rights of parties other than the then-ruling Democratic Party of Korea had been compromised.

The bills removing the prosecution service’s powers to investigate was adopted by the Democratic Party as a platform item on April 12, and then passed into laws on April 30 and May 3, respectively. They were also a part of Moon’s key reform agenda.

Justice Minister Han Dong-hoon launched a task force dedicated to raising the constitutionality challenge after he was sworn into office in May.