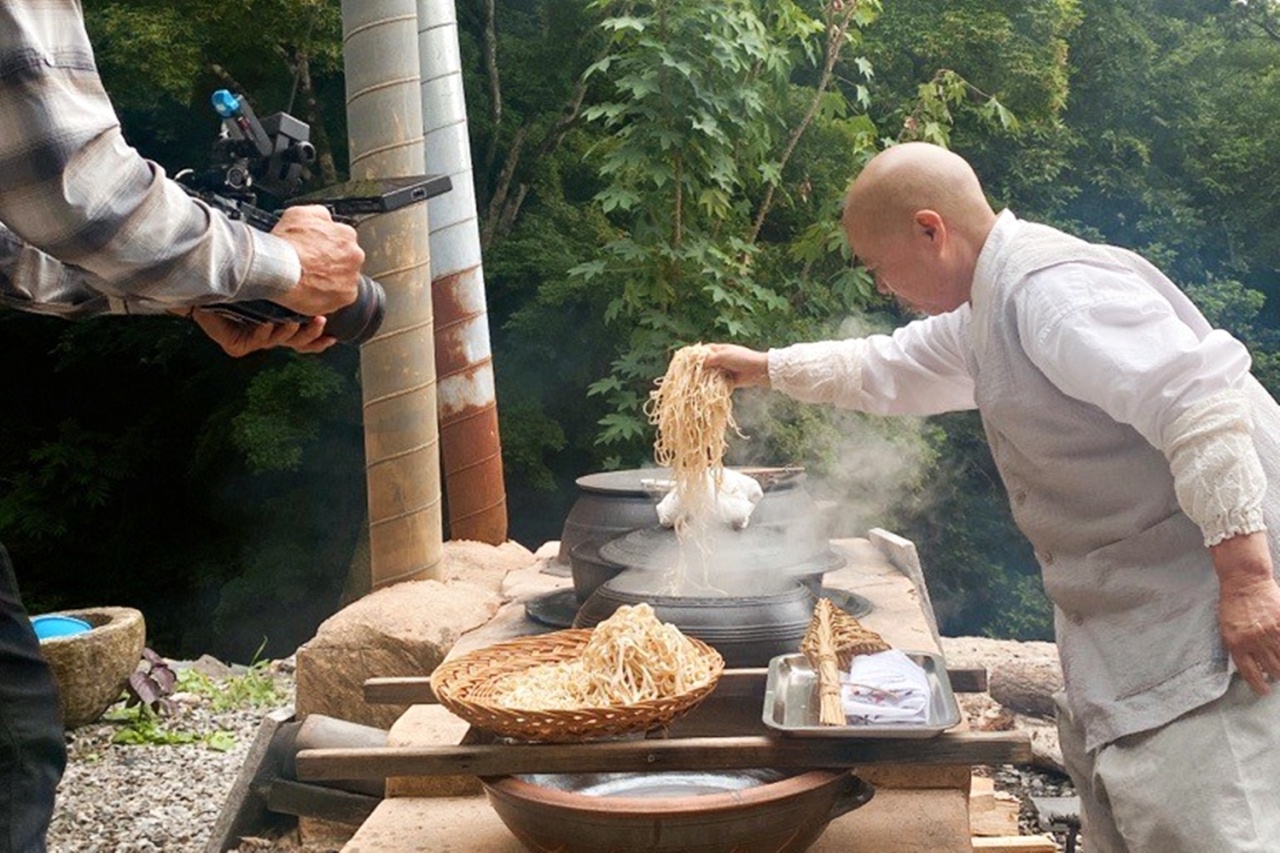 In partnership with Pulmuone, the CIA plans to document Korea’s plant-based recipes and food culture. The documentary will be used for educational purposes for chefs, CIA students and food and cafeteria service providers in the US.

Starting with Korea, the CIA will produce food documentaries on China, Japan and Southeast Asian countries as well.

In the Korea episode, producers from the CIA visited Baekyangsa, a Buddhist temple located in South Jeolla Province, on June 12. At the temple, they filmed temple food recipes by a Buddhist monk named Jeong Kwan. The monk introduced a braised tofu dish and a tofu salad using Pulmuone’s tofu and tofu noodles, and other fusion tofu dishes with asparagus and cabbage.

Pulmuone is the only Korean food company to have participated in the CIA’s Global Plant-Forward Culinary Summit for four consecutive years since 2019. This year, Pulmuone has become a Grand Platinum sponsor member of the summit.

Founded in 1991, Pulmuone USA, the US branch of the food giant, launched a plant-based food brand in the US called Plantspired in 2021. In the second quarter this year, the firm has expanded its US distribution channels to supermarket chains including Albertsons, Vons and Pavillions.