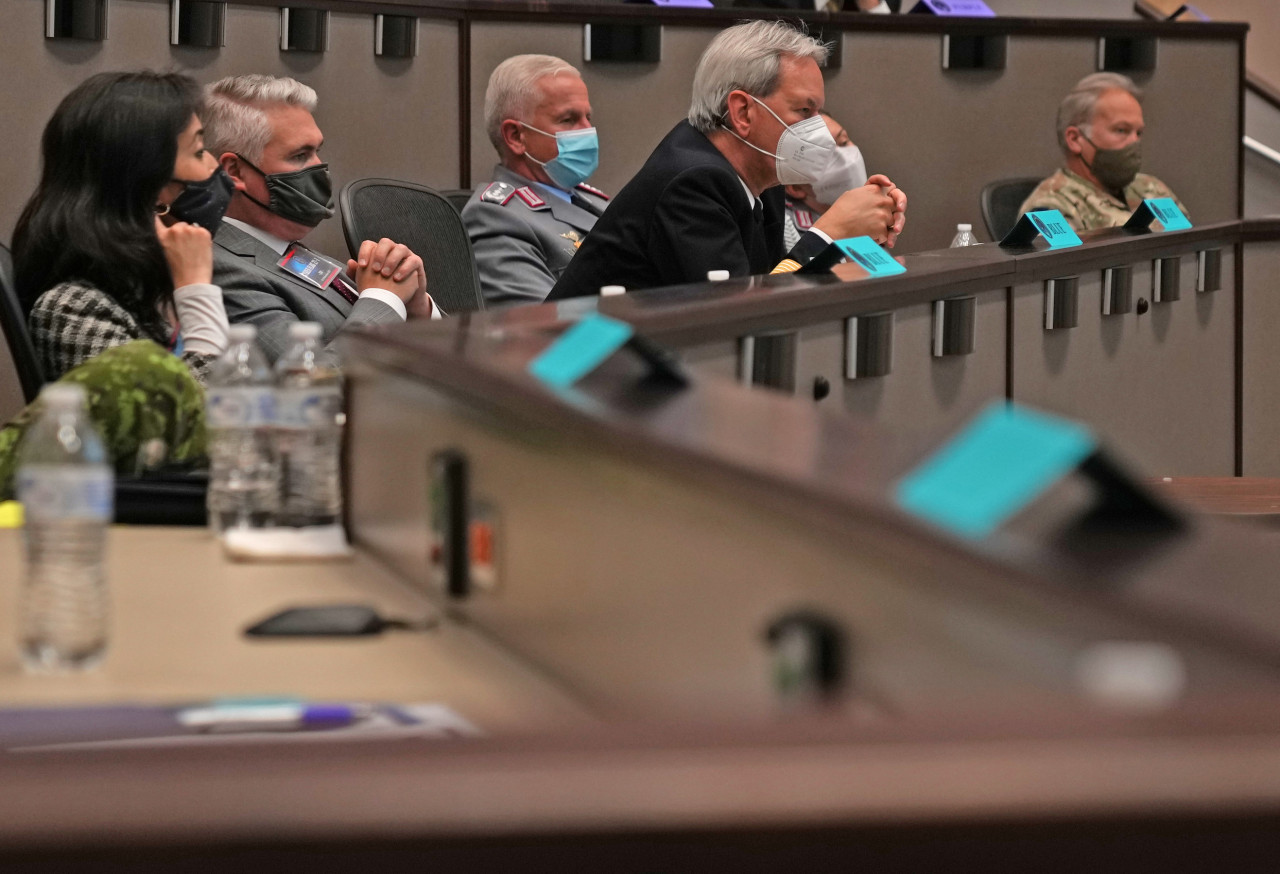 Military and policy leaders from multiple nations engage during U.S. Cyber Command`s Cyber Flag 21-1 exercise. (File Photo - US Cyber Command)
South Korea plans to participate in the US-led multilateral cyber defense exercise this year for the first time, in a bid to step up cyber cooperation with the US.

The South Korean military will dispatch more than 20 personnel to the Cyber Flag exercise scheduled to be held this October in Virginia, South Korea’s Defense Ministry and Rep. Kang Dae-sik of the ruling People Power Party confirmed Monday.

Cyber Flag is the US Cyber Command’s major annual training event. The cyber field training exercise aims to bolster the capabilities of the US and participating allies to identify and respond to malicious online activities and enhance their readiness for cyberattacks.

South Korea’s participation in Cyber Flag came after President Yoon Suk-yeol and US President Joe Biden agreed in May to deepen cooperation in cybersecurity in a bid to step up joint efforts and address 21st-century challenges.

The South Korean and US leaders also committed to “significantly” expanding cooperation to confront a range of cyberthreats posed by North Korea to help reinforce alliance deterrence against the North’s destabilizing activities.

South Korea’s Defense Ministry said the military will “actively participate in multilateral cyber exercises, which the US military either host or join, in a bid to enhance interoperability in (cyber) operations and partnerships,” in the document presented to Rep. Kang.

As part of these efforts, South Korean and US military authorities seek to activate a cyber policy consultation and hold consultation meetings twice a year, according to the Defense Ministry.

The South Korean and US cyber commands also plan to sign a memorandum of understanding in August to deepen cooperation in cyber operations.

In addition, the South Korean and US military investigative organizations seek to boost coordination in cybercrime investigations. The US Air Force Office of Special Investigation and South Korea Defense Ministry’s criminal investigation command are reviewing a plan to train together in December to better respond to cybercrime.

The Defense Ministry also said it will expand discussion over cybersecurity in the defense field with the US, and proactively engage in multilateral cybersecurity initiatives spearheaded by the UN, EU, NATO and others.

“Our military seeks to enhance cooperation between South Korean and US military authorities and actively participate in multinational exercises to respond to mounting cyberthreats,” South Korea’s Defense Ministry said Monday when asked about the significance of the participation by The Korea Herald.

South Korea had previously been an observer to Cyber Coalition twice, in 2017 and 2021, and plans to maintain that status this year.

The multilateral cyber defense exercise has been held annually since 2008 to strengthen the alliance’s ability to conduct operations for military and civil entities and counter and defend against threats in and through cyberspace.

Cyber Coalition -- which is planned and conducted by NATO’s Warfare Development Command --- also aims to strengthen the collaboration among NATO members and participating partners in cyberspace.

Lock Shields is an annual live-fire cyberdefense exercise and is organized by the NATO CCDCOE in cooperation with the EU and government agencies of NATO members, as well as private companies.