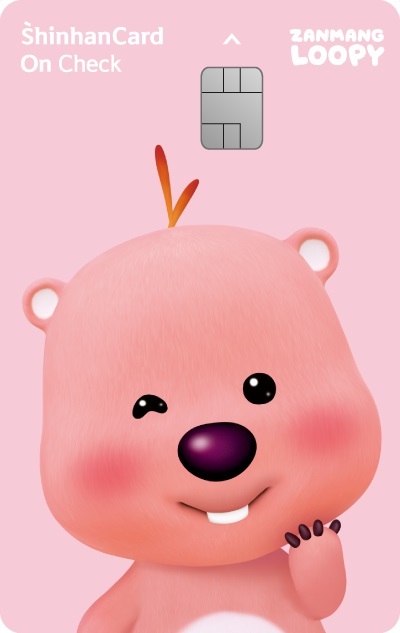 “Hilarious Loopy,” an exaggerated version of Loopy’s funny character, went viral across social media and online communities among teens and 20-somethings, prompting the credit card company to use the character from the “Pororo the Little Penguin” animated series on two of its cards.

Users of the new debit cards can accumulate extra points for the payment of cellphone bills, digital content and convenience store purchases, as well as the usage for simple payment systems such as Shinhan Play, Naver Pay and Kakao Pay.

Cash back, free Kakao emoji of Loopy and Loopy goods will also be offered, the company said.