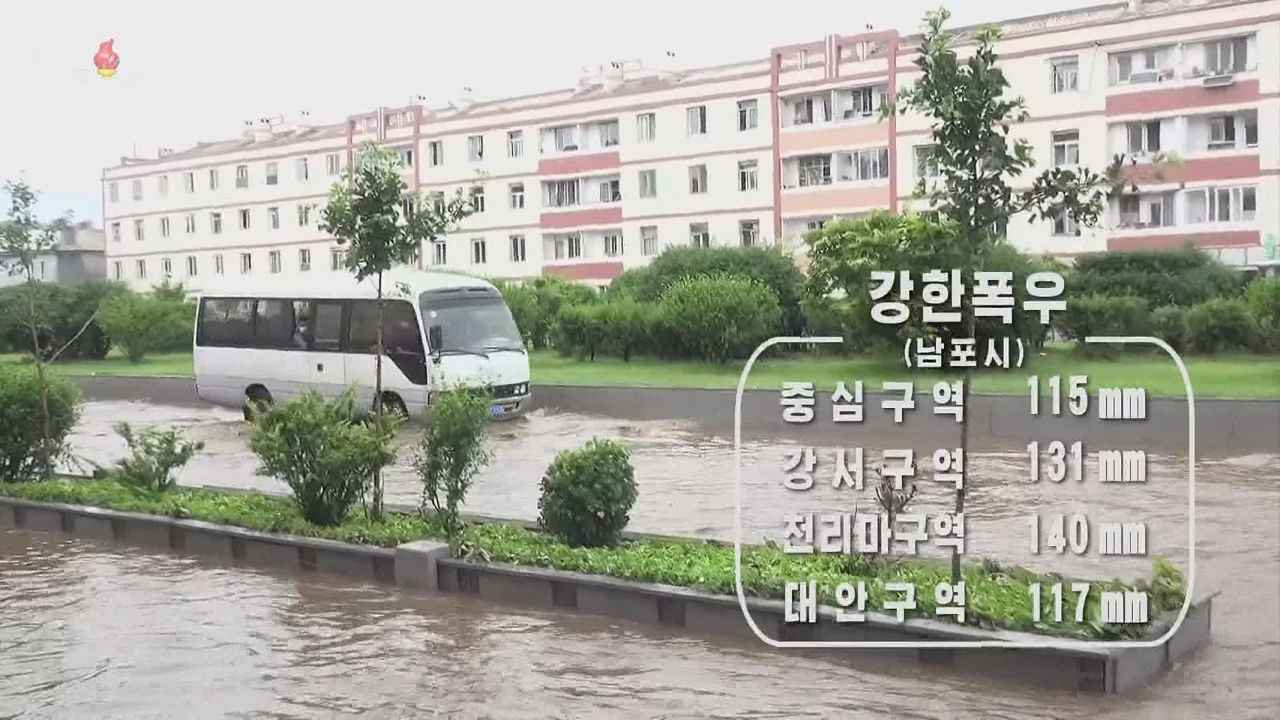 North Korea's state weather agency issued a heavy rain alert Monday for most of the country's regions this week, as state-controlled media have called for thorough measures to prevent damage from summer downpours.

The State Hydro-Meteorological Administration issued the warning, effective from Monday afternoon through Thursday, in all areas across the nation, except for the northeastern provinces of Ryanggang and North Hamgyong and the northern border city of Rason, according to the Korean Central Broadcasting Station.

It added the western provinces of South and North Hwanghae and the city of Kaesong near the inter-Korean border are forecast to see up to 300 millimeters of rain until Thursday.

The previous day, the North's media reported that heavy rains and strong winds had pounded Pyongyang and other western parts of the nation. Heavy rains in the impoverished North often cause huge damage to its agricultural and other sectors largely due to poor drainage, deforestation and dilapidated infrastructure.

This year's summer rainy season is expected to begin this week in the country amid speculation that it may also affect the secretive regime's schedule for another underground nuclear test in the northeastern mountainous area of Punggye-ri.

"(We) need to prevent damages from floods and heavy rain in all sectors of the people's economy and take thorough measures to normalize production," the country's main newspaper Rodong Sinmun stressed in a front-page editorial. (Yonhap)