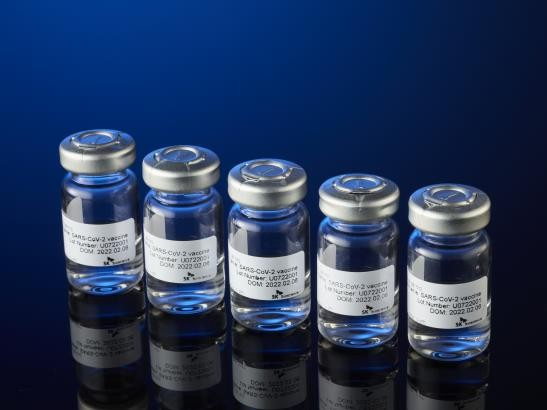 The Ministry of Food and Drug Safety said GBP510, the vaccine candidate developed by SK Bioscience, was recommended during a meeting of the ministry's Central Pharmaceutical Review Committee on Sunday as being ready for "item approval" in terms of its safety and efficacy.

GBP510, also known as SKYCovione, is the country's first homegrown vaccine candidate to have successfully completed all three phases of its clinical trial.

The vaccine candidate is a recombinant-protein vaccine based on novel two-component nanoparticles that can maximize the immune effect. It was jointly developed with the University of Washington Antigen Design Research Institute.

The government has reached a deal to buy 10 million doses of SK Bioscience's vaccine. (Yonhap)