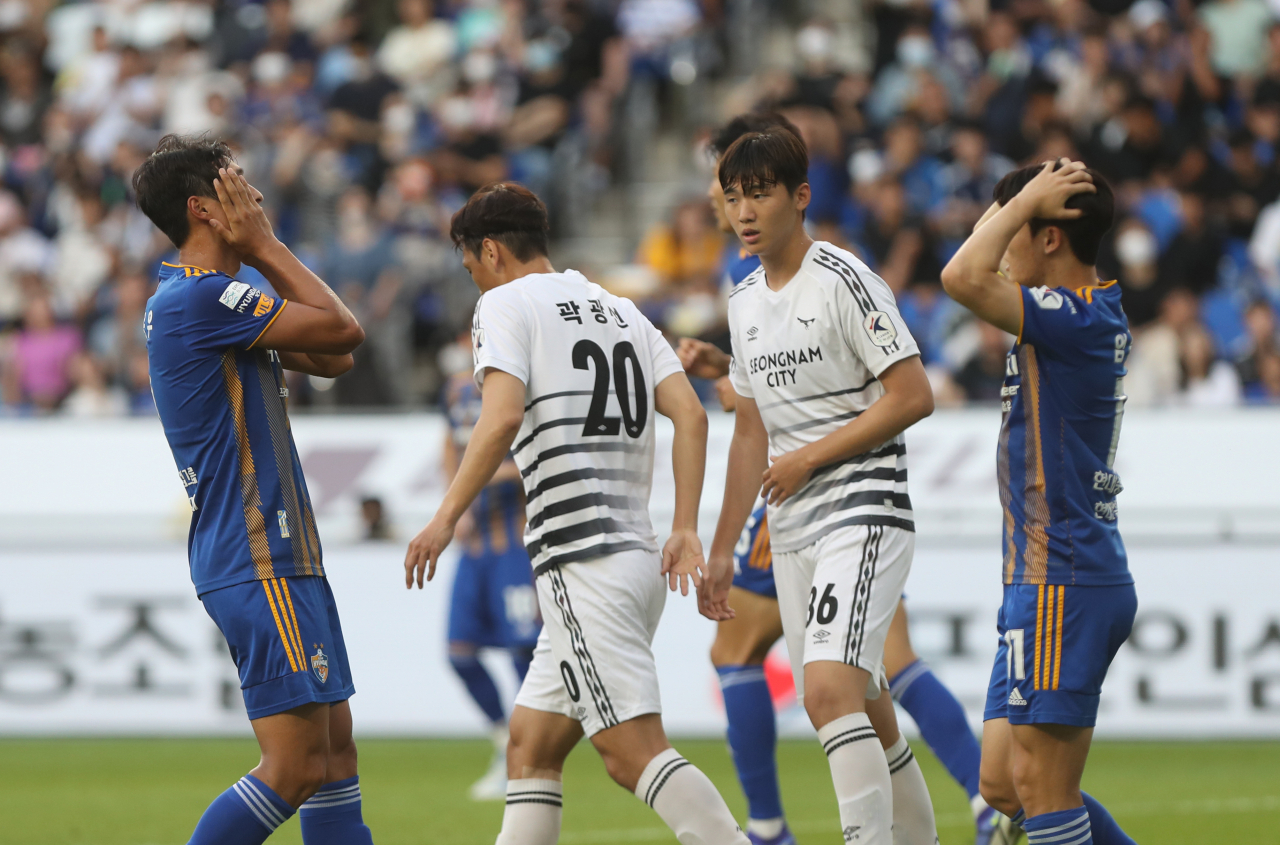 As they try to win their first South Korean football championship since 2005, Ulsan Hyundai FC know every match counts, even a seemingly meaningless one against an eminently beatable team in late June.

And if this K League 1 season plays out like the past three years and Ulsan once again fall achingly short of the title, the scoreless draw against last-place Seongnam FC on Sunday will be the match that Ulsan will look back on and say, "We should've won it."

Despite a 74-26 edge in ball possession and 13-6 advantage in shot attempts, Ulsan managed just one point against the worst club in the league. Ulsan's lead over second-place Jeonbuk Hyundai Motors remained at eight points, 40-32.

Jeonbuk had given Ulsan an opening on Saturday, when they played Daegu FC to a 1-1 draw. Beating Seongnam would have put Ulsan up by 10.

Ulsan had a rotten day with video review. Their midfielder Jun Amano was awarded a penalty on 76 minutes but the foul call on Kim Hyun-tae was overturned after a video assistant referee (VAR) review.

During injury time, Um Won-sang thought he'd given Ulsan the lead, only to see his goal wiped out following a VAR review, as Ulsan forward Park Chu-young was called for a foul prior to Um's goal.

Also Sunday, Gangwon FC stunned Jeju United 4-2 for their first win in five matches. Gangwon had never scored more than three goals in a match this season until this outburst, led by Kim Dae-won's two goals and two assists.

Incheon United managed a 1-1 draw against FC Seoul on the road in what might have been the last K League 1 match for striker Stefan Mugosa. They stayed in fourth place with 28 points.

Vissel Kobe of the J1 League, the top competition in Japan, are reportedly close to plucking the sharp-shooting Montenegrin from Incheon. Mugosa is leading the K League 1 with 14 goals in 18 matches, keeping Incheon firmly in the top-four mix and earning serious MVP consideration.

Coming out of an international break, K League 1 clubs have played three matches over the past week. They will rest for a handful of days before returning to action with four matches on Saturday and two more on Sunday. (Yonhap)