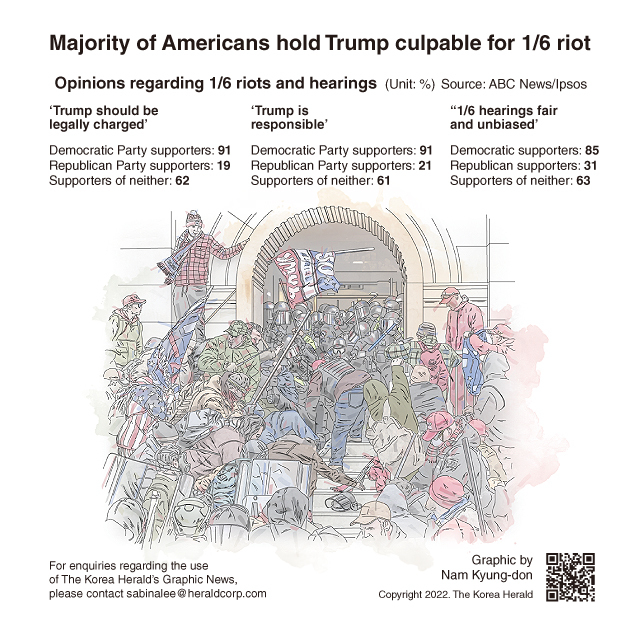 About 6 in 10 Americans believe Trump should be charged for the Jan. 6, 2021 riot in the US Capitol, a poll published by ABC News and Ipsos revealed.

Opinions differed greatly based on the political party respondents supported.