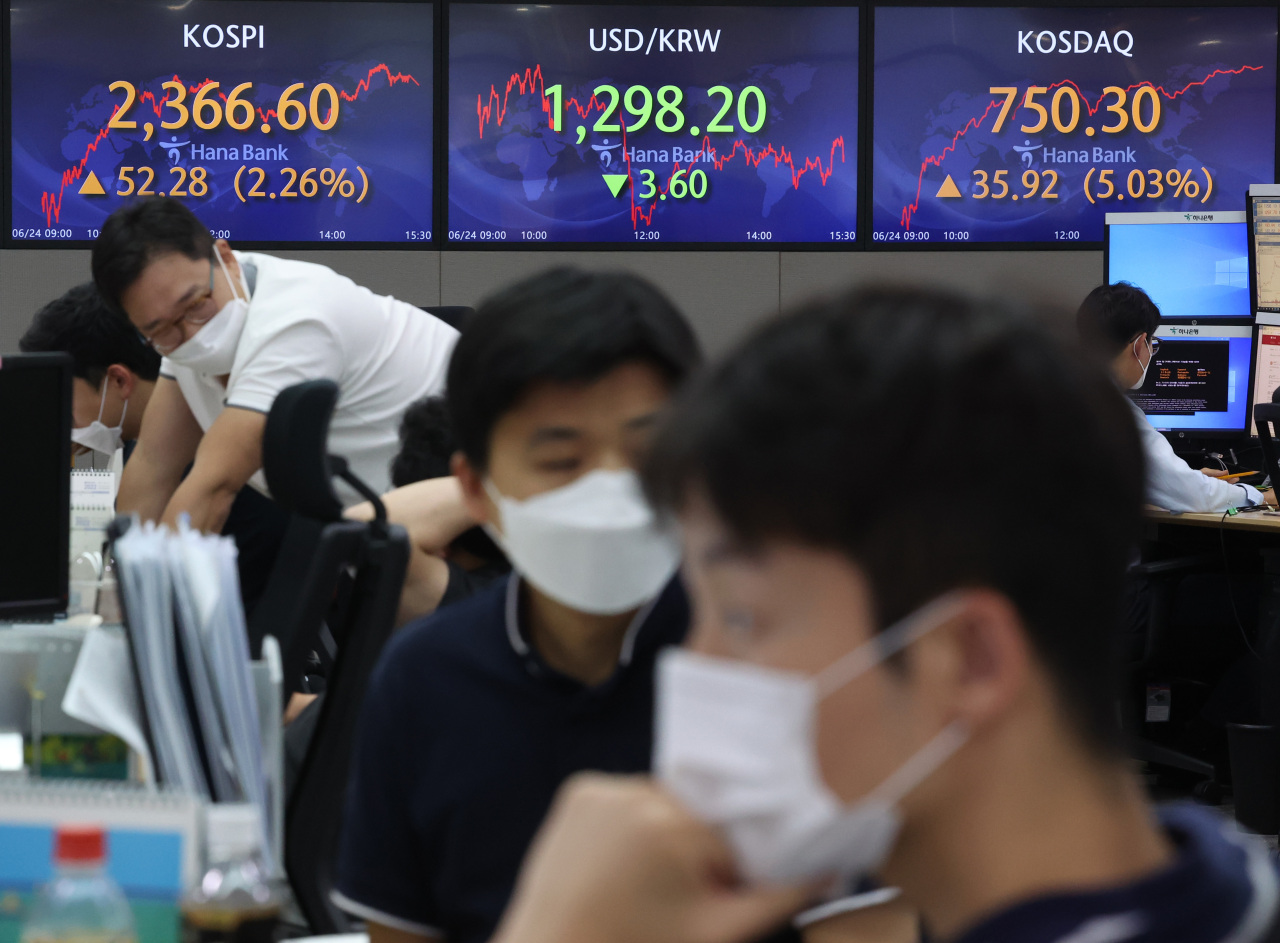 The Kosdaq and Kospi each ranked No. 1 and No. 2, respectively, in terms of a drop in market value among 40 key global stock indexes, weighed down by a sharp fall in local semiconductor stocks, which fell 19.57 percent in the cited period. The local semiconductor sector has been struggling under the prolonged global supply bottleneck.

This puts the two Korean indexes behind Sweden’s OMX Stockholm 30, which dropped 11.73 percent and Brazil’s Bovespa, with 11.39 percent in the same period. Austrian Traded Index and Argentina’s Merval also gave a better performance, reporting a 10.78 percent and 10.49 percent drop in the cited period, respectively.

Onlookers were concerned by the latest data as it put the two Korean bourses behind Merval, which has been struggling under the weight of Argentina’s high inflation, which grew 60.7 percent in May. This prompted Argentina’s central bank to recently raise its benchmark interest rate by 3 percentage points to 52 percent.

Analysts say that the Kospi and Kosdaq were mainly rattled by the risks stemming from the US Federal Reserve’s aggressive rate hike last week -- in which it raised its interest rates by three-quarters of a percentage point to 1.5-1.75 percent in a bid to tame red-hot inflation – coupled with growing concerns of a potential economic recession.

“The Korean stock market has dealt with a heavier blow than other global counterparts. This is due to growing concerns of a slowdown in exports under a possible economic recession, continuing outflow of foreign investment and the souring investor sentiment,” said Kim Young-hwan, an analyst at NH Investment & Securities.

“The US Fed has hinted at another 75-basis-point rate hike in July, which will likely make the US interest rates higher than South Korea’s current base rate of 1.75 percent. Along with the falling value of the Korean won, this is a recipe for an outflow of foreign capital from the Korean market, which has been adding to the concerns of investors.”