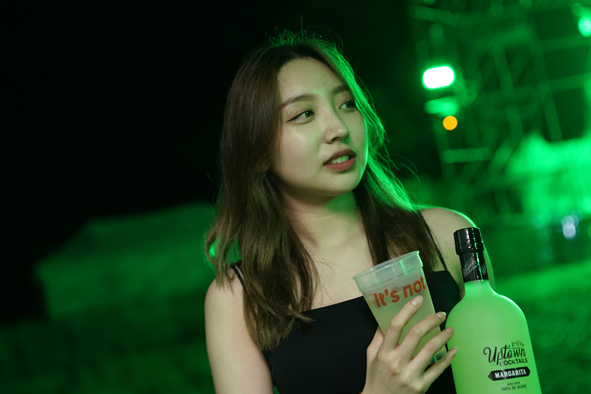 At the event, the IB Korea met with young customers in their 20s, introducing its newly launched cocktail products, Uptown Margarita and Uptown Pina Colada. The two new products are brands from Texas-based distillery and winery Southern Champion.

The Uptown Margarita is an agave wine-based cocktail, while the Uptown Pina Colada uses real cream to preserve the soothing coconut flavor, according to the IB Korea.

On the back of strong sales of Uptown products, the IB Korea is planning on importing the Uptown Blue Hawaiian, which garnered much attention at a tasting event, and preorders have begun for retailers.