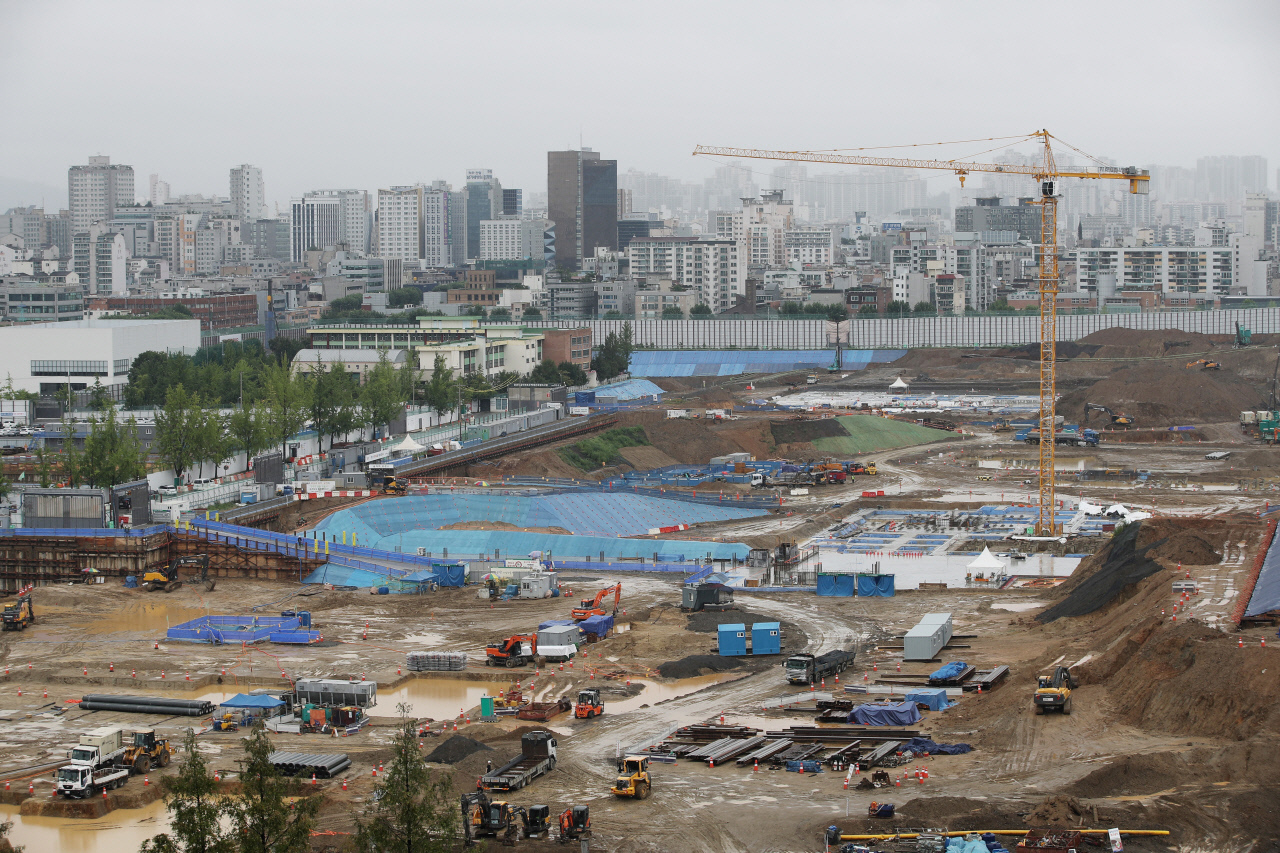 The value of construction contracts in South Korea climbed more than 10 percent in the first quarter of the year on more public and private projects, government data showed Friday.

The value of civilian and public work contracts in Asia's fourth-largest economy came to 73.1 trillion won ($56 billion) in the January-March period, up 10.7 percent from a year earlier, according to the data from the Ministry of Land, Infrastructure and Transport.

The value of contracts clinched by the top 50 industry players rose 8.2 percent on-year to 27.6 trillion won.

Construction contracts in the capital Seoul and its adjacent Gyeonggi Province increased 6 percent, and those in the remainder of the country surged 14.9 percent, according to the data. (Yonhap)