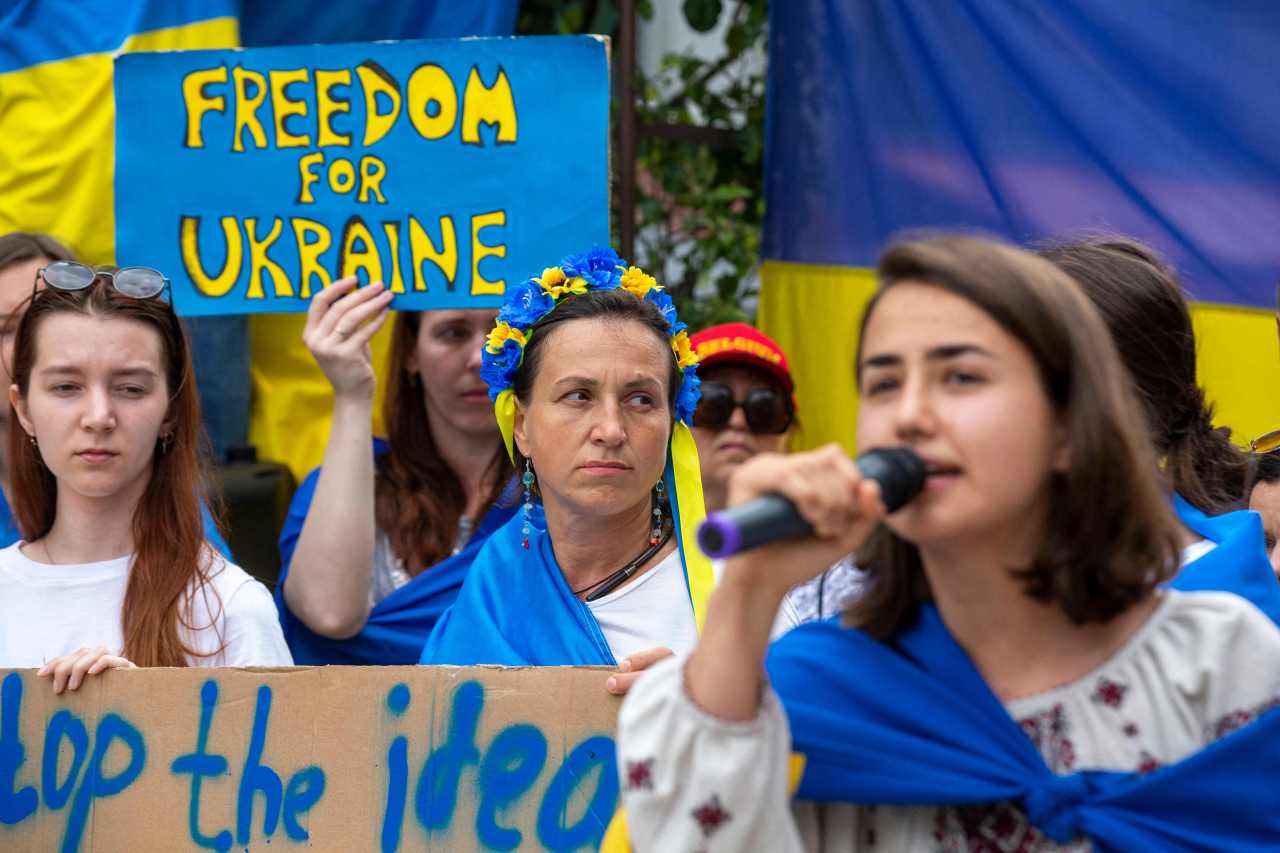 People hold placards as they rally in support of the Ukraine, following Russia's invasion of its neighbour in February 2022, in Brussels as EU-Western Balkans leaders' meet in the city on June 23, 2022. (AFP)


A group of Ukrainian lawmakers will pay a reciprocal trip to Seoul next month, a ruling party official said Thursday, to discuss South Korea's humanitarian assistance to the war-torn nation.

The anticipated visit will come around a month after the ruling People Power Party (PPP) delegation led by Chairman Lee Jun-seok paid a weeklong visit to Kyiv and other cities earlier in June.

They met with Ukrainian President Volodymyr Zelenskyy for discussions on various support measures.

"As far as I know, their visit to South Korea will be around July 4," a PPP official said on the customary condition of anonymity. "The size of the delegation will be similar (to that of the PPP)."

The Ukraine delegation is expected to be led by diplomat-turned-lawmaker Andriy Nikolayenko, according to sources.

On Tuesday, the South Korean government approved an additional $30 million in humanitarian aid for Ukraine.

The budget will be used to provide medical and food supplies but not weapons. South Korea plans to allocate an additional $20 million, depending on the situation in Ukraine, which would raise its total amount spent for the war-torn nation this year to $100 million. (Yonhap)