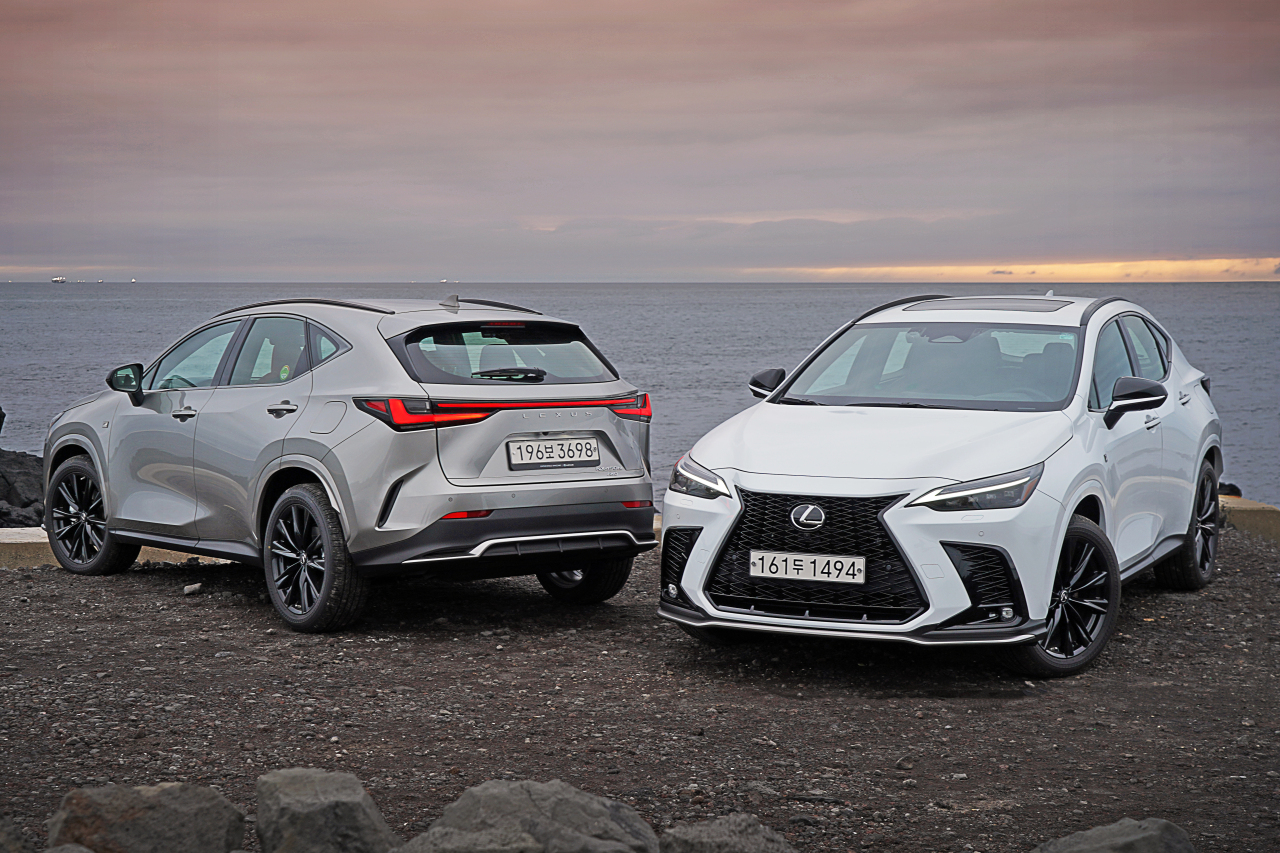 New Generation NX (Lexus Korea)
JEJU CITY -- The new and partially electrified SUV lineup Lexus NX could be an alternative for big car-loving Korean customers looking for a fuel-efficient vehicle that does not compromise on luxury. 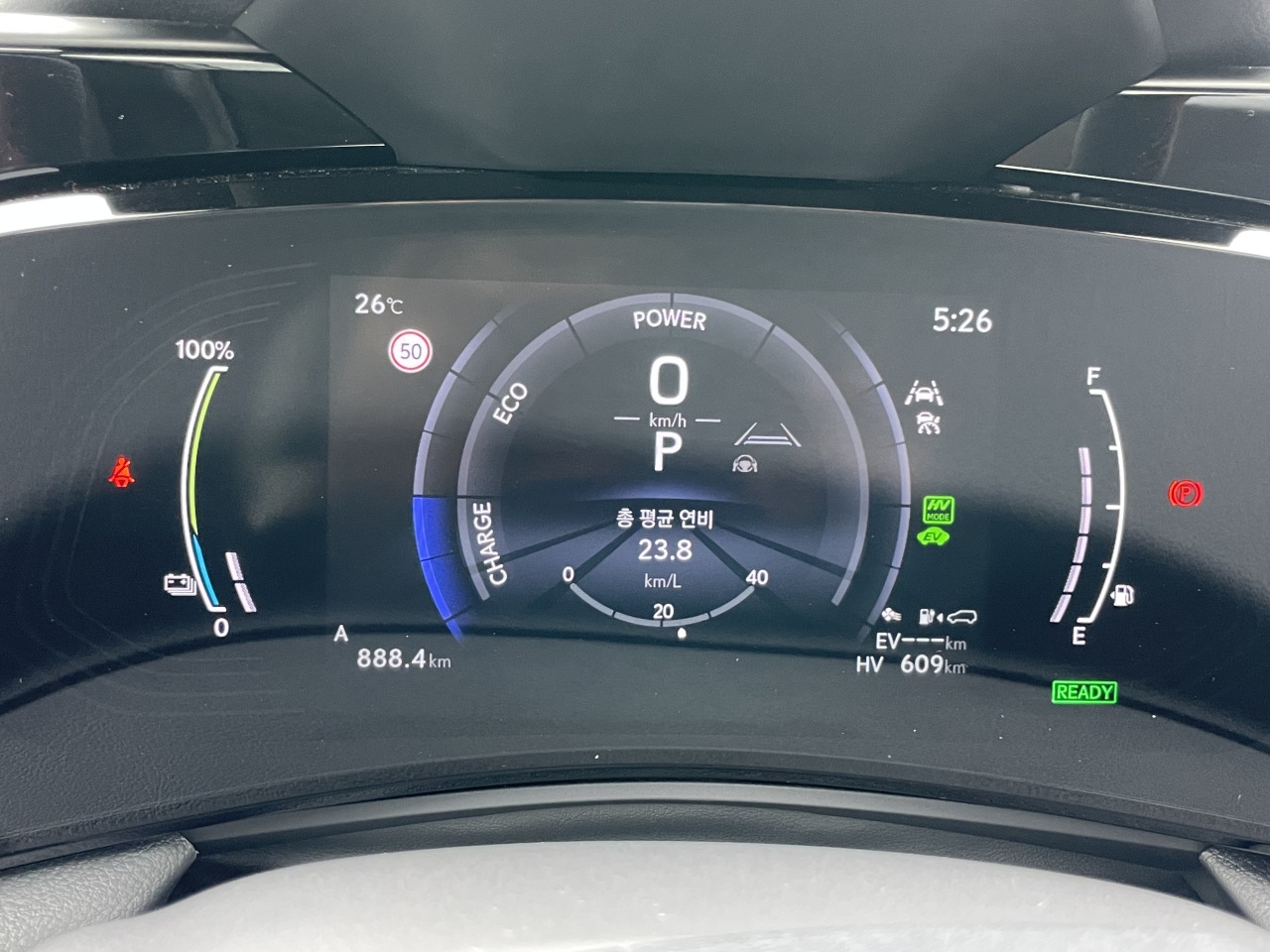 Fuel efficiency of NX 450h+ (Hong Yoo/ The Korea Herald)
Its price tag, 71 million won ($54,911), however, is about 20 million won higher than its Korean competitor, similar to that of an Audi SUV and a bit lower than a BMW vehicle in the same category.

Its luxury design, however, combines Lexus’ sleek and modern aesthetic with a comfortable performance and could be a selling point to beat its competitors.

At first glance, the hybrid SUV’s curvaceous roofline and short, straight beltlines make this car easy on the eye.

Due to its glamorous look, the front and back seats of the NX 450h+ feel spacious, with ample head and leg room for drivers and passengers.

The trunk has 520 liters of space, capable of carrying at least three golf bags, an important feature for the growing number of golf-loving car buyers in Korea. 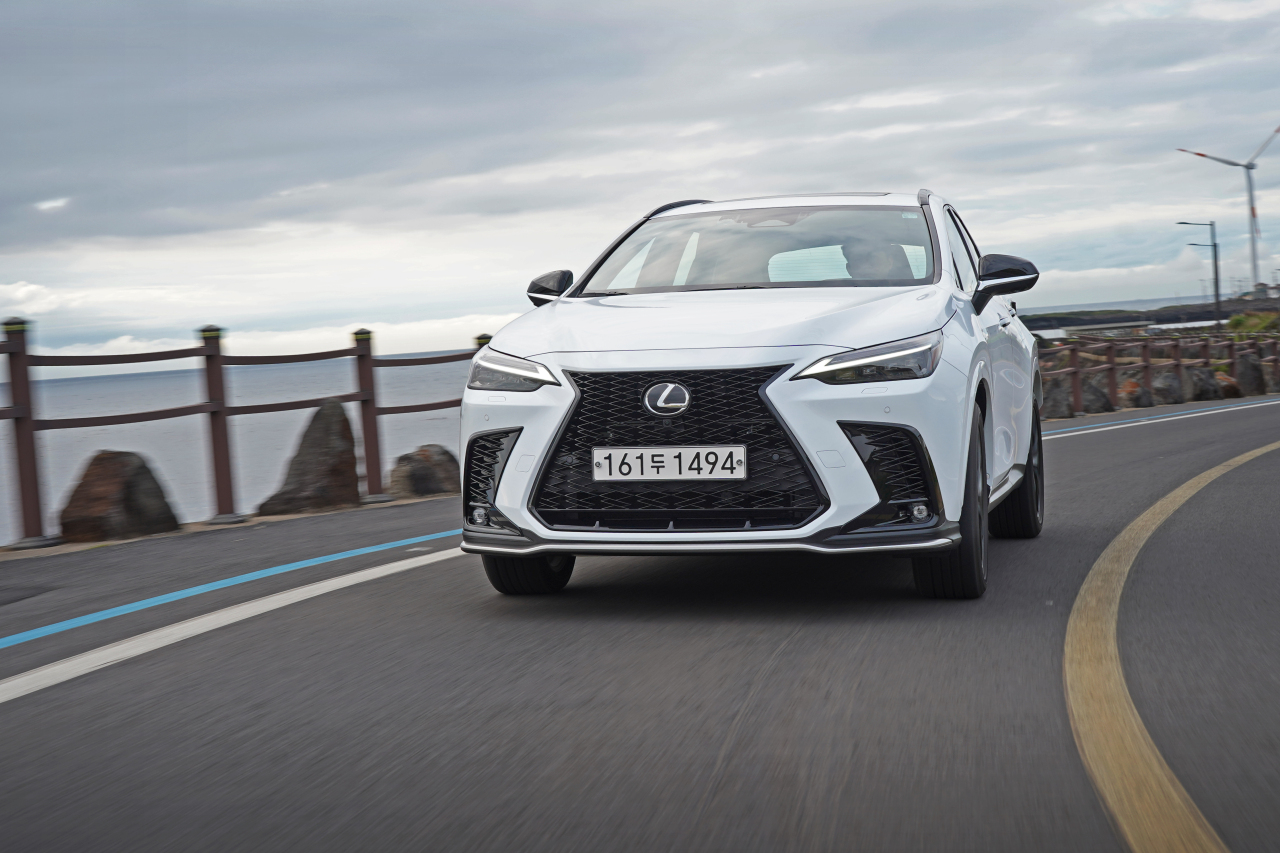 NX 450h+ (Lexus Korea)
In terms of performance, NX 450h+ offered a remarkably smooth driving experience on the course in Jeju, where a test session was held for the media.

The car could curb effortlessly, as the GA-K platform used on this new model improves the center of gravity and weight distribution.

Having side supporting bolsters in the front seats also makes for a more comfortable drive on winding roads.

The car’s quiet driving experience, similar to an all-electric vehicle, through the beautiful scenery of Jeju Island really stood out.

The car would not drown out the sound of nature, such as birds chirping and crashing waves.

That’s because the plug-in hybrid can be driven in EV mode, which is when the vehicle is powered only by its charged battery.

NX 450h+ is capable of going as far as 56 kilometers on its battery.

It is easy to switch from one driving mode to another as the knob for changing the modes is located close to the right side of the steering wheel.

Along with updates on the powertrain, Lexus has introduced the “Lexus Connected” infotainment system equipped on the car’s 14-inch center display, assisting the driver with voice recognition capabilities.

But it is disappointing that the voice recognition function is not fully digitalized, as the driver needs to touch a mic icon on the center display to use it.

The center display, slightly facing toward the driver, made it easier to utilize it while driving.

One questionable addition was the digital back mirror. The side mirrors are still nondigital, so shifting your vision from a digital one to nondigital one is quite uncomfortable.