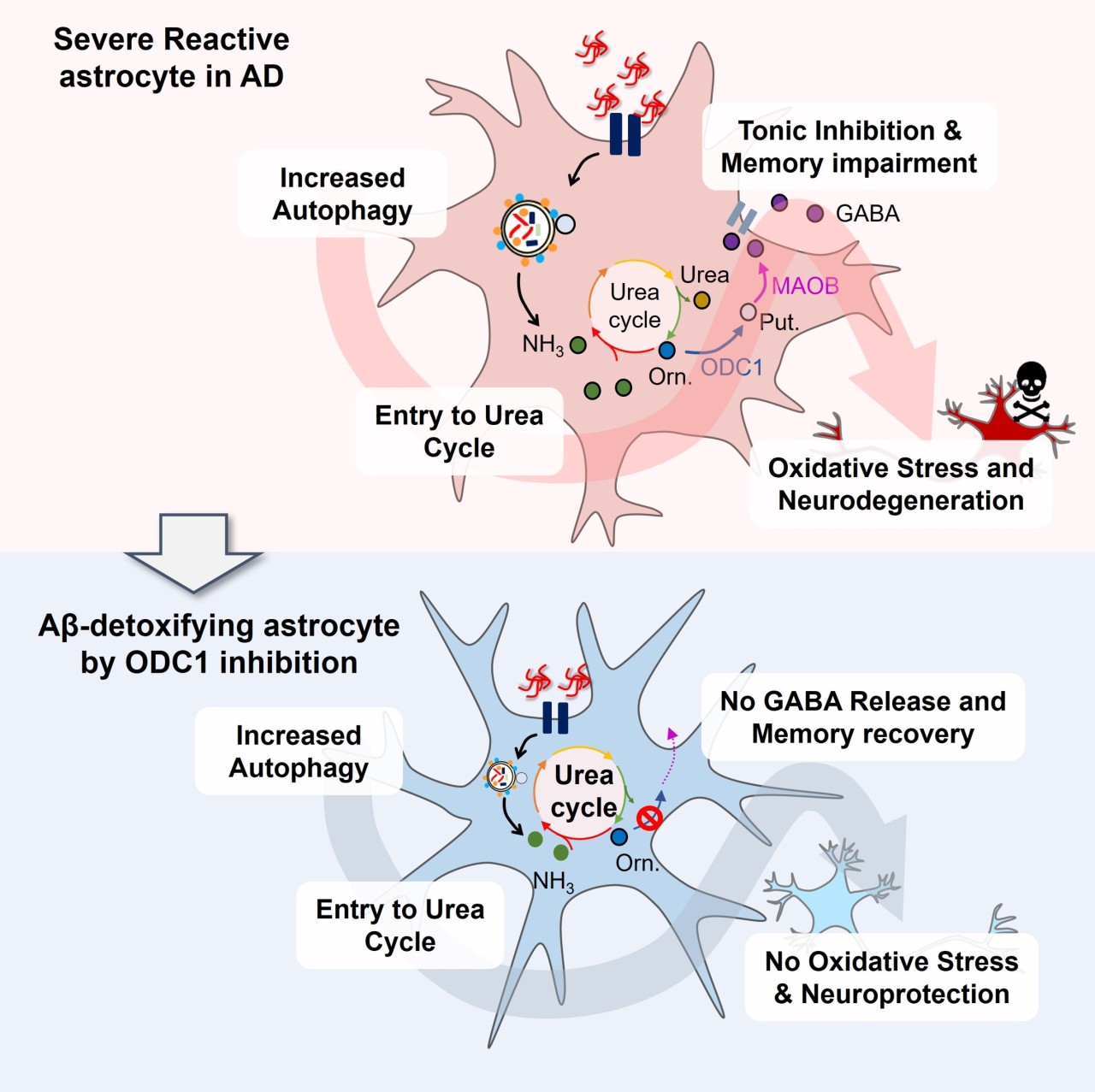 The researchers at IBS and Korea Institute for Science and Technology have pinpointed a process, the urea cycle, that takes place in astrocytes, which are star-shaped cells that take up over half of all brain cells. An activated urea cycle aggravated the memory loss in patients with Alzheimer’s disease, according to their study published in the peer-reviewed Cell Metabolism science journal Thursday.

The urea cycle, a sequence of metabolic reactions that convert toxic ammonia to urea for excretion, was mainly known to take place in the liver and kidneys.

The group of researchers found that the urea cycle became activated in the astrocytes of the brains of those with Alzheimer’s when it tries to clean up accumulated toxic amyloid-beta protein and remove them in the form of urea.

However, in the process of the cleanup, the urea cycle spurred the production of other toxic byproducts such as hydrogen peroxide, Gamma-aminobutyric acid and ammonia. As ammonia triggers a more aggravated urea cycle, it causes a vicious cycle in which more toxic byproducts get stacked up in the brain, researchers said, worsening the memory loss and death of neurons in the brains of those with the disorder.

In order to come up with a way to hinder the vicious cycle, researchers demonstrated via mouse models that bottling up an enzyme, ornithine decarboxylase 1, or ODC1, helped them perform better in memory-related assignments.

Scientists for many years believed that the main cause of Alzheimer’s disease was the accumulation of amyloid-beta protein that form plaques in the brain, resulting in memory loss and death of neurons. But clinical trials have failed to develop a treatment for the neurodegenerative disease as severe dementia symptoms continued even after removing amyloid-beta protein, IBS researchers said.

The IBS said the study presented a new approach for developing treatment for Alzheimer’s disease that targets enzymes in the astrocytic urea cycle.

“We have confirmed the possibility of urea cycle’s enzyme ODC1 as a new inhibition-leading candidate,” said Lee Chang-joon, director of the Center for Cognition and Sociality at IBS.

“Through preclinical trials, we plan to verify the efficacy and toxicity of ODC1 and start developing a new treatment for Alzheimer’s disease,” he added.